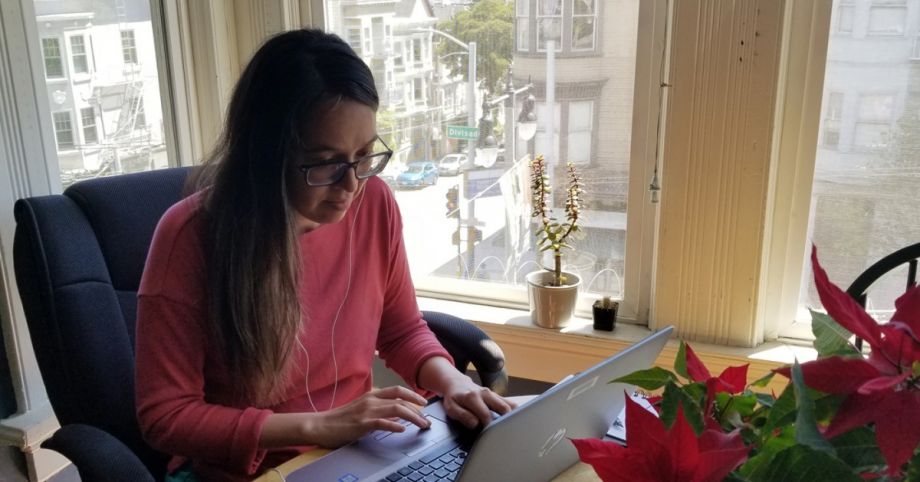 Only a few weeks before San Francisco Mayor London Breed declared a state of emergency over coronavirus, Jessica Jaramillo was promoted within the city’s public library system. She planned to apply her skills in research, reference work and bilingual engagement to the position of acting district manager for the South West branch of the San Francisco Public Library.

Her new role went on pause as libraries shuttered under the state of emergency. “There was a question of how do we, as a library, respond to the needs of the city?” asks Jaramillo. She didn’t necessarily expect the skills she’d used throughout her career as a librarian would contribute to San Francisco’s pandemic response. “I received an email saying I was identified as someone whose skills match with contact tracing,” she recalls.

That email was part of the city’s largest-ever activation of disaster service workers, spurred by a clause in city workers’ hiring papers which allows San Francisco to require them to aid city efforts during a disaster. While the state of emergency sent all types of city employees to the front lines of the COVID-19 response, librarians have proved critical in roles that range from contact tracing to staffing food banks.

“The library is a very flexible institution,” notes Yuen Chan, the library’s Cantonese translation coordinator now serving as translation unit deputy for the city’s Emergency Operation Center. “Our main goal is to serve the city.”

What it means to serve the city has changed in recent years — libraries across the U.S. have increasingly become social service hubs to address issues like homelessness. In 2009 the San Francisco Public Library hired the first library social worker in the United States, who now oversees a team of Health and Safety Associates who conduct outreach across branches.

This prepared many librarians to take on outreach and engagement roles in the city’s emergency response. Some branches have also engaged in resiliency work. Naima Dean, a branch manager with the Western Addition branch, sits on a resiliency committee consisting of community agencies within the library’s district. “We have plans for being at the branch, what to do at home, and how to respond to activation when you’re called,” she says. “But not one of us could plan for what we’re experiencing now.”

Under Mayor Breed’s emergency declaration, the city’s Emergency Operations Center identifies and requests city employees be assigned to disaster service work. Librarians who decided to opt out were given increased sick leave and could also use personal time off. The library union successfully advocated for librarians to volunteer for roles before the city ultimately assigned them.

43 San Francisco librarians are now contact tracers. Jaramillo was trained over several remote sessions on how to conduct the work: “You’re not just calling people and telling them they’ve been in contact with COVID-19,” she says. “You are seeing how they’re doing, making sure they’re okay, and helping them come up with a plan. And you’re listening.”

Jaramillo points out Latinos are hit hardest by COVID-19 in San Francisco: “I speak Spanish, and being a Latina it felt important to be a part of this effort.” Jaramillo works to build trust and create a sense of safety with her contacts over the phone. “You have to be agile and willing to lean in,” she explains. “It aligns well with my skills as a librarian.”

Chan, the library’s Cantonese translation coordinator, has translated flyers, posters and social media posts for the Emergency Operation Center. She also tapped into existing partnerships forged with the library at Chinese radio and newspaper outlets to distribute city information about COVID-19. Jaena Rae Cabrera, an acting branch manager, now works on the Department of Emergency Management’s content team distributing public health messaging. “It’s breaking down the mayor’s messaging for the general public … the people I’m writing for are basically my patrons,” she says.

Librarian’s effectiveness has not been confined to outreach. A San Francisco Examiner article outlined how librarians formed a “unique, dependable backbone of workers who don’t need to be re-trained every day” at a San Francisco food bank, figuring out efficient ways to organize the food packing assembly line and the right number of bags to place in each bin to match the capacity of delivery trucks.

The abrupt transitions do not come without challenges. “As librarians, we become attached — we become our patron’s friends, we see them everyday and notice when they’re gone,” explains Dean, who is serving as site monitor at an alternative housing site. In an emergency management role, the attachments are harder to manage: “I might need some tougher skin if I had to do this as a career.” Cabrera spoke to challenges establishing a routine in a faster-paced environment.

Jaramillo, too, has found her work in contact tracing connects to the core values of a librarian. “Contact tracing is really about caring about the community as a whole, and the individual you’re talking to on the phone,” she says. “I think that is what librarianship is about — librarians care about people, and I got into my career because I wanted to do something good for the community I was working in.”