Why Public Procurement Is a Civil Rights Issue – Next City

Why Public Procurement Is a Civil Rights Issue 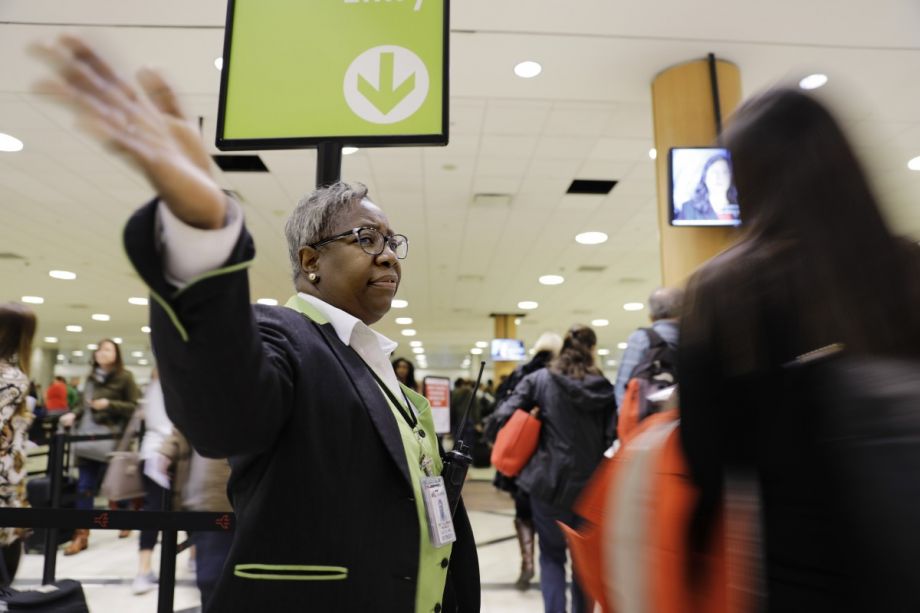 There’s a battle for Atlanta going on right now — for its airport, specifically. Citing corruption and waste, the Republican-led, majority-white state legislature in Georgia wants to wrest control of the airport’s operations away from the Democrat-dominated, predominantly-black Atlanta government. The world’s busiest airport for 21 years running, Hartsfield-Jackson International is worth an estimated $34 billion in economic impact on the Atlanta metropolitan area, and $70 billion overall across the state of Georgia.

But the airport’s real impact is much deeper than just dollar signs, and it goes beyond just Atlanta or Georgia. The project steered public procurement contracts to minority-owned firms — one of the first major projects to do so successfully. This requirement inspired other projects and other cities to do the same, but also sparked a backlash against such programs that continues through today.

Rodney K. Strong has been through all the backlash, first as Atlanta’s director of contract compliance, and then as a principal at his law and consulting firm, Griffin & Strong.

“The person who put it best was James Brown,” says Strong. “It’s just living in America.”

In 1974, Atlanta’s first black mayor, Maynard Jackson, announced he would move forward with plans to expand the airport from what had been a domestic hub to a global crossroads, but only if the city would set aside at least 25 percent of the airport construction and vendor contracts for minority-owned firms. The unprecedented demand ruffled many feathers, but he stood his ground, and by 1978, 43 percent of contract dollars coming out of the airport reportedly went to minority-owned firms — greatly contributing to the expansion of Atlanta’s black middle and upper classes. Inspired by that success, cities across the country began making similar race-conscious set-asides for public sector contracts throughout the 1980s.

Mayors, especially the first wave of black mayors elected in major cities during or right after the civil rights era, argued that such set-asides would create more jobs and bring more income to predominantly black neighborhoods. They argued it was part of their duty as public officials to stop city tax dollars from helping to perpetuate racial inequality by buying goods and services from the same network of white-owned firms that local governments had always used from the days when such discrimination wasn’t just legal, it was encouraged. Even if such discrimination against minority-owned firms was now outlawed, the playing field for government contracts remained tilted toward those already on vendor lists or had prior track records of working with government. Without affirmative action, they argued, prior racism would remain baked into public procurement spending.

The backlash was sure to come, and it has come in waves, including this current attempt by the state of Georgia to take control of the airport that now bears Jackson’s name.

Strong’s tenure as contract compliance director coincided with the most critical backlash moment so far — 1989, when the Supreme Court, in Richmond v. Croson, ruled that giving procurement preference to minority-owned companies violated the constitution.

“There was a conservative wave that was trying to basically end affirmative action all over the country, and we were fighting a rearguard action to preserve what we had built in the 1970s and early part of the 1980s,” Strong says. “If we hadn’t had the Croson decision in 1989, we could be light-years ahead of where we are now.”

After the decision came down, Strong and his office went right to work. To comply with the law as interpreted in Richmond v. Croson, cities or local agencies needed to legally justify programs like Atlanta’s.

The necessary justification would come from periodic studies analyzing whether there was a significant difference between the demographics of business owners available to fill government contracts and the demographics of vendors actually contracting with that government. Under Strong’s leadership at the Office of Contract Compliance, Atlanta conducted the first such study, known as a “Croson study” or “disparity study,” of any major city in the country.

Once that study was done, Atlanta could get its minority-owned business contracting requirements back on track — featuring the airport.

Strong later left city government to co-found Griffin & Strong with his wife, Delmarie Griffin. The firm has since worked with over 50 jurisdictions across the country, conducting disparity studies and consulting on legislation or policies and programs based on those studies.

For Strong, originally from Memphis, Tennessee, the work cuts deep. It’s a direct continuation of the work of the civil rights era.

“When I had just finished sixth grade, Dr. [Martin Luther] King came to Memphis,” Strong says. “He gave a speech in which he said what good does it do for a man to have integrated lunch counters if he can’t afford to buy a hamburger?”

Less than a month after King said that, he was assassinated in Memphis, where he was supporting a sanitation worker strike — economic justice was the next priority after gaining civil rights and voting rights, and Mayors like Jackson took up that cause after King was gone. Strong, inspired by King’s economic justice work, worked on Jackson’s election campaign as an undergraduate at Morehouse College. After graduating, he worked in the Jackson administration before going back to law school and ultimately becoming appointed director of Atlanta’s Office of Contract Compliance.

“A lot of the work that we’ve been doing is really about translating political power into economic justice, making sure that you can build up businesses that will produce enough wealth so that you can deal with some of the disparities that exist in the community,” Strong says.

Griffin & Strong has recently had the opportunity to expand the way it works with cities. Under the Living Cities City Accelerator initiative, funded by the Citi Foundation, staff from selected cities come together for 18 months of learning as a group and one-on-one with a coach and facilitator. For its 2017 cohort, Living Cities brought in Griffin & Strong as the coach and facilitator for a group that included procurement and contracting staff from Charlotte, Chicago, Los Angeles, Memphis and Milwaukee.

For their first convening, the city representatives got off their planes at Hartsfield-Jackson International and immediately went into their first group conversation right at the airport.

“We did that intentionally because of Maynard Jackson,” says Sterling Johnson, a deputy project manager at Griffin & Strong who led the City Accelerator work. “He really demonstrated the power of executive commitment to these areas.”

That first meeting at Hartsfield-Jackson International was meant to instill a sense of what’s really at stake. It’s not just economic development focused on including those left out or left behind by the economy. It’s the right thing to do.