Why Do Murder Rates Spike in Some Cities and Plummet In Others? – Next City

Why Do Murder Rates Spike in Some Cities and Plummet In Others? 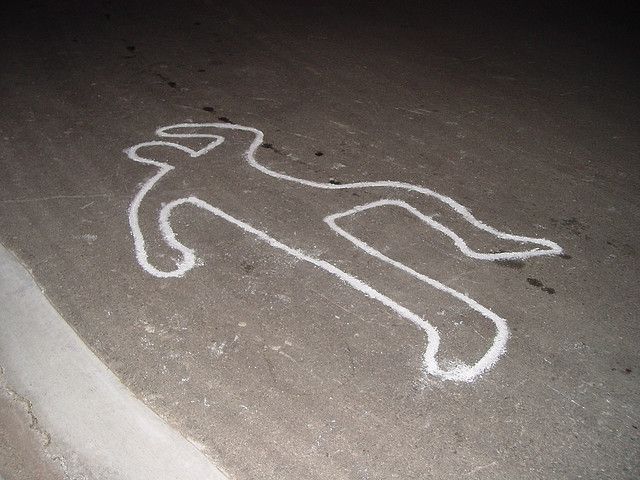 As 2012 drew to a close, public officials in Washington, D.C. and New York City began bragging, and for good reason. Despite impressive population growth, homicide numbers fell to record lows in both cities, which used to be among the nation’s most deadly. D.C. reported 88 murders amid a region-wide decrease, while the New York Police Department reported 414 murders for the year. In both cases these were the lowest numbers in the last half a century or so.

And in both cases, law enforcement spokespeople were quick to cite new and improved police tactics for the dramatic decline. In D.C. the police gave almost $600,000 in reward money to residents last year, while Gothamist quotes New York Police Commissioner Raymond Kelly citing the thousands of guns confiscated from “people we stop.” But the controversial “stop-and-frisk” police tactic has been on the decline this year as well, with an unnamed NYPD “top cop” telling the website DNAinfo.com, “‘It’s the use of cops and Impact Zones, targeted deployment and building cases against these crews that will be the reasons for the drop in shootings.’” D.C. also utilized strategic hotspotting of high crime areas.

Experts are unconvinced that police tactics are the chief cause of these triumphs. To be fair, though, experts aren’t sure of much when it comes to crime. “Any criminologist who tells you that they know with certainty what the answer is is just telling you that,” says Nancy La Vigne, director of the Urban Institute’s Justice Policy Center. “Trying to single out what the specific causal factors are is near impossible.”

Murder and crime rates have fallen across the nation since their peak in the early 1990s — a trend that many attribute to declining childhood exposure to lead — but since 2000 some cities, like New York and D.C., have seen a further decline. Other urban centers, like Chicago, Philadelphia, Baltimore and Detroit, have not. La Vigne’s colleague at the Urban Institute, John Roman, writes: “One possible explanation is that there has not been one, but two crime declines.”

One possibility is that the homicide declines experienced in some cities are due to massive gentrification and increased employment opportunity. (Interestingly, this hasn’t always meant that poverty and crime is pushed elsewhere: Perennially troubled Prince George’s County, to the east of D.C., experienced a dramatic decline in homicides too.) After crunching the numbers, Next City’s own Harry Moroz wrote, “Firearm homicides and the city unemployment rate are highly correlated.” This would explain why Detroit, with a population of about 700,000 and an unemployment rate of 18.1 percent, suffered 411 murders in 2012, while New York City, with a population of more than 8.2 million and an 8.8 percent unemployment rate, saw almost the same number.

But Detroit is an exceptional case. What about Chicago and Philadelphia, the third and fifth largest cities in America, with unemployment rates of 9.4 and 10.8? Both cities have unemployment rates within a few percentage points of New York’s, yet still saw significantly more murders — 506 and 331, respectively. (New York’s rather tactless press release notes, alongside other comparisons: “If New York City had Philadelphia’s murder rate, New York City would have a total of more than 1,700 murders this year.”) With these cities, the simple equation of citywide unemployment equaling citywide violence doesn’t hold up.

Rather, the violence is concentrated on the city’s West and South sides, areas that are predominantly lower-income and black. The Chicago Reader’s Steve Bogira broke down the numbers by the five poorest (all of which are 90-plus percent African American) and five wealthiest “community areas” in Chicago (most have African-American populations in the single digits), and found gross disparities between their homicide rates.

The same pattern exists in Philadelphia. Murders are rare in affluent Center City. The same cannot be said of the poorer, predominately black communities of north and southwest Philadelphia. Three of the districts — 22, 25 and 35 — with the most homicides last year border one another in North Philly, according to police statistics published in the Daily News.

But while opportunities for violence are plentiful in these areas, jobs are not.

“You have whole swaths of the city that are cut off from really meaningfully labor opportunities, people who are not going to be embraced by the new economy,” said Jeff Deeney, a Philly social worker who works with young adults in the criminal justice system. A recent report showed a mere four jobs per square acre in Philadelphia neighborhoods, while a revitalized Center City offers 129 jobs per square acre. Meanwhile, 39 percent of Center City residents have an advanced degree (10.9 percent of Americans have an advanced degree).

“A lot of the kids I work with are on the cusp of whether or not they are going to pick up a gun,” Deeney said. “The thing that would draw them out of that would be to… start building some job skills, and get some employment.”

“Every single one of my clients asks me at some point…’can you get me a job?’ And the answer is no. I can’t. I do not have somewhere that I can readily refer them that would give a taste of the legitimate work that would be meaningful and valuable to them.”

Which isn’t to say New York and other lower-crime cities don’t grapple with poverty and segregation as well. This year, New York’s poverty rate increased for the third year in a row, though it still lags behind Philadelphia and Chicago rates.

“There are a lot of unknowns,” said La Vigne. “Trying to single out what the specific causal factors are is near impossible. Nobody really knows.” Undeniable, however, is that segregation, unemployment and deep poverty are highly correlated with neighborhoods that suffer badly from homicide and crime, no matter which city they are in.