Why Marco ♥ Uber, and Vice Versa – Next City

Why Marco ♥ Uber, and Vice Versa 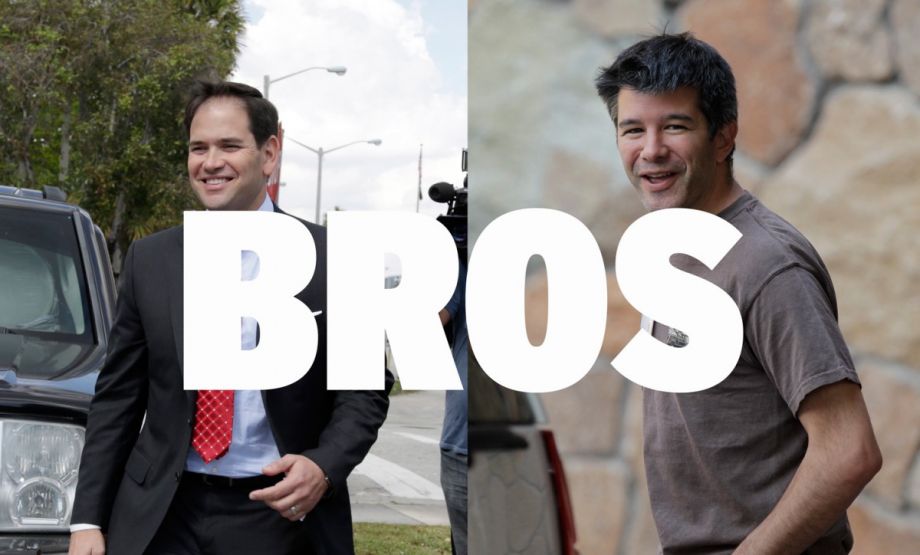 During a visit to Uber’s Washington, D.C. headquarters on Monday, Sen. Marco Rubio used the ride-on-demand service’s scrapes with lawmakers and regulators around the country — like Seattle’s new cap on driver numbers — to drive home the point that “one of the things that’s holding back innovation in America is regulations.”

For both the Republican senator and the company, the visit was a happy win-win. The state of Florida has proven a particularly tough nut for Uber to crack. Officials there have dug in their heels against efforts to change cab rules like, for example, one in Miami that requires a minimum hour-long wait time between requesting a black car and getting one, a limitation rooted in a desire to draw a bright line between heavily regulated cabs and more lightly governed town car service.

For the 42-year-old Rubio, who is eyeing the White House, there’s upside in aligning himself with Uber, a high-tech company on the upswing. It also gives him a rare chance to go full blast after unions, regulations and lobbyists — “My point,” he told the crowd, ” is that you shouldn’t have to hire a bunch of lobbyists to go into business in any community in America” — under the banner of technological progress. Rubio’s remarks echoed that of Travis Kalanick, the Uber CEO who has dismissed Miami’s rules as a “protectionist scheme” inspired by a belief that town cars should be reserved only for the wealthy. Both share the notion that the rules in place are not there to stabilize an industry — one that has often served as a toehold in the middle class for immigrants to the U.S. — but, as Rubio put it yesterday, “are used often not simply to protect the public but in fact are used by established business models to prevent competitors from coming in.”

It’s only the start. We’re seeing tech entrepreneurs eager to tackle more heavily regulated industries, with housing, education and energy among them. As a steel-and-rubber demonstration of the costs paid for such government regulation, Uber is a political opportunity for Republicans, who arguably missed out on some of the reflected glory of the Internet era, to seize the mantle as the party of innovation.

Rubio’s seemingly warm welcome at Uber HQ is yet another example of how what started as a simple black car app is, when you take a step back, challenging core assumptions we’ve developed about the conventions and rules of society. Let it be said that Uber might prove the best tool for recruiting young Republicans to come along in a while.