Why Hasn’t a U.S. City Been Devastated By a Deadly Epidemic? – Next City

Why Hasn’t a U.S. City Been Devastated By a Deadly Epidemic? 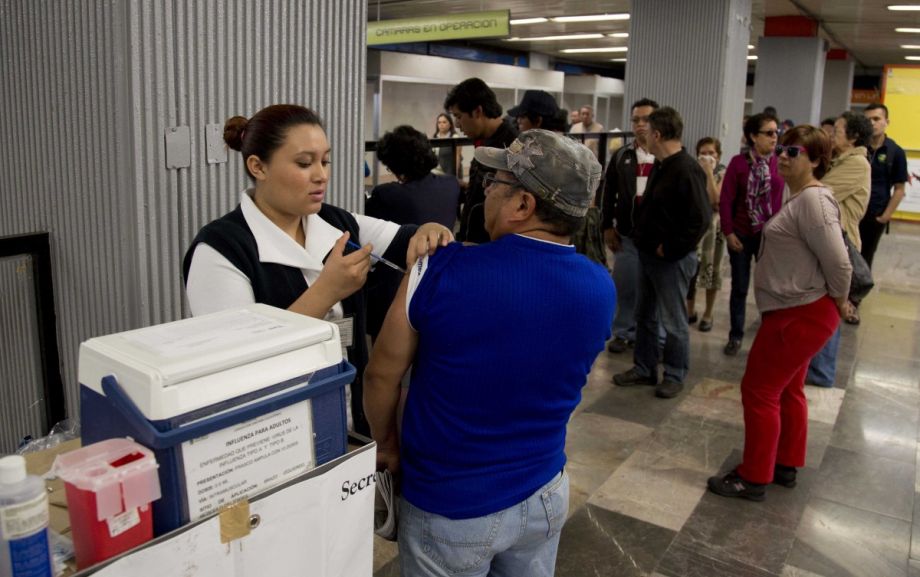 Residents check in at an H1N1 vaccination clinic in January 2014. (Photo by AP / Eduardo Verdugo)

The U.S. has discovered its first case of Ebola, which means that if this were a Hollywood blockbuster, surgical-mask-wearing hoards and martial law would be just around the corner.

That’s silly, of course. Ebola is not going to gain a foothold in the United States. Unlike the African nations it’s ravaging, America’s health care system is remarkably good at stopping this sort of hard-to-catch virus. But what about other, more communicable diseases? In this era of megacities and global air travel, how has the U.S. managed to avoid a Contagion-style outbreak?

Whether we’re genuinely well-defended against epidemics or have just been lucky depends on who you ask. According to Dr. Amesh Adalja, an infectious diseases physician at the University of Pittsburgh Medical Center, several factors make America relatively impervious to deadly outbreaks of disease. For one, “The U.S. is a very young country in terms of infrastructure,” he says. “U.S. cities have been built to reflect advanced sanitary principles and that keeps a lot of diseases at bay.” For instance, most U.S. water systems were built in a era of bacterial awareness, and are therefore “relatively free of bacteria.”

America’s high rates of vaccination help a lot, too. “We’re a highly vaccinated society,” says Adalja, despite Jenny McCarthy’s pleas. “People do get flu, measles, pertussis shots.” And the U.S.‘s sky-high medical costs — the highest in the industrial world — are part of the reason we have so many of the doctors, nurses and facilities that can beat epidemics before they spin out of control. As Vox recently pointed out, “On average, Guinea spends $32 on health care per person, per year. Liberia spends $65. Nigeria spends $94. The United States spends $8,895.”

The problem, according to Dr. Irwin Redlener, a physician and the director of Columbia University’s National Center for Disaster Preparedness, is that the spending that could truly protect us from outbreaks has been slashed. One federal program to prepare hospitals for epidemics has seen its funding halved from over $500 million a decade ago to $255 million in next year’s budget. Because of cuts like these, Redlener gives the America a grade of C-minus — “and I’m being generous,” he adds — when it comes to being ready for what he calls “a really big event.”

“I would be very concerned,” he says. “If we ever get the big one, we will find ourselves in serious trouble.”

“The big one” might not look how we think. Instead of a coughing passenger on a flight from Liberia, a more likely scenario could be a disease that works its way through our convoluted food system. Adalja points out that the U.S. has suffered some major food-borne illnesses lately, including the country’s largest outbreak of hepatitis A, which infected more than 660 people through Chi-Chi’s restaurants. “You take tuberculosis, our rates are at their lowest levels ever,” he says. “But because of the way our food supply is here in the U.S. — multiple ingredients, multiple suppliers — [an outbreak] is something I wouldn’t be surprised to see happen.”

And though Hollywood may not have caught the bug until more recently, Redlener reminds us that it was less than a century ago that a true pandemic devastated America. We think of the Spanish flu, which infected 28 percent of the U.S. population, as ancient history, but that outbreak happened in 1918, a year in which our oldest citizens were alive. “The severity [of any given epidemic] is just unpredictable,” says Redlener. “If you are implying that we’re out of the woods because we haven’t had one in a while, I don’t think that would be accurate.”