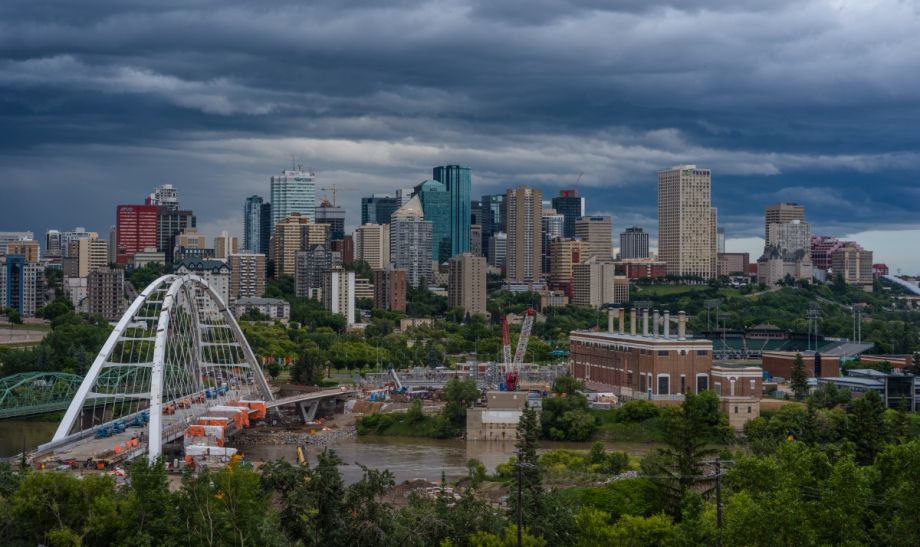 Edmonton, the site of the CitiesIPCC Cities and Climate Change Science Conference (Photo by Kurt Bauschardt)

In the last few years, the international community has made incredible strides towards addressing climate change and sustainability at a global level. Recently adopted international frameworks such as the 2015 Paris Agreement and the 2030 Agenda for Sustainable Development with the Sustainable Development Goals (SDGs) have set concrete targets to help the global community address the causes and effects of climate change.

However, there is still much to be done to effectively address climate change, particularly in cities, which account for more than 70 percent of global energy-related carbon dioxide (CO2) emissions.

Urban areas are home to the majority of the world’s population today. Various estimates indicate that this figure will rise to roughly 70 percent by 2050. That’s over 1.5 million additional people in urban areas every week for the next 30 years. Cities are often the first to feel the effects of climate change, from increased storm surges due to rising sea levels to record-breaking heat waves.

Not surprisingly, city officials around the world are addressing the ways climate change is already affecting their cities; mayors from New York to New Delhi are implementing both mitigation and adaptation strategies to cut their greenhouse gas (GHG) emissions and to reduce present and future risk. Scientific research helps city leaders take better and more ambitious action and identify the potential benefits of climate-compatible investments and the true costs of inaction — not only to tackle climate change, but also to address other challenges of rapid globalization, like inequality, health, education and widespread poverty.

That is why more than 750 delegates from more than 75 countries are coming together this week at the CitiesIPCC Cities and Climate Change Science Conference in Edmonton, Canada. There, representatives from city, regional and national governments, academia, research organizations, urban and climate change networks, and international institutions are collaborating to develop a global research agenda aimed at producing the knowledge required to ensure low-carbon, climate-resilient development pathways in the world’s cities.

Scientists have long studied climate change, analyzing historical data to uncover past trends, quantifying and cataloguing its effects, and modeling the range of possibilities of what climate change will mean for humans. It is important that this knowledge is used to inform the way we plan, build and manage our cities today, given the significant threat climate change poses to achieving a more sustainable and equitable future. But in the latest report by the Intergovernmental Panel on Climate Change (IPCC) also lies great hope for achieving this sustainable and equitable future: It reminds us that “The next two decades present a window of opportunity for mitigation and adaptation in urban areas, as a large portion of the world’s urban areas will be developed during this period.” Achieving these low-carbon, climate-resilient development pathways in the world’s cities is today more important than ever.

Meeting the ambitions of the Paris Agreement will require partnerships between all actors. The global scale of climate change demands similarly large-scale efforts to address it, and finding transformative solutions we need to address this urgent challenge can only be facilitated through unprecedented collaboration across academia, policy, business and government spheres. If cities are to be part of providing climate adaptation and mitigation solutions, a new compact between science, policy and practice is required to develop the most effective, science-based policies that strike a balance between deep decarbonization and sustainable and equitable urban adaptation and resilience building efforts.

Cities are already the laboratories for transformative, science-based solutions and sustainable and oftentimes disruptive technologies. As centers of high population density and economic activity, cities are both key to solving the challenge of climate change and typically quicker to adapt innovation and change in comparison to states and countries.

Working together during the Edmonton gathering, stakeholders from the academic, policy and practitioner communities can explore big ideas that include innovation in urban infrastructure and design, governance and political leadership, technologies, and the role of city residents as agents of change. There are opportunities to examine new and existing avenues to enable transformative climate actions that address poverty and inequality, re-shaping of power relations, and re-conceptualizing visions of what cities are, could be, and should be.

Some of this is already underway: New York, for example, has already committed to divest $5 billion in city investments from fossil fuels, retrofit buildings to make them greener, electrify its city vehicle fleet, plant thousands of trees and cover rooftops with solar panels. Large-scale reforestation projects in Durban, South Africa, are not only restoring local biodiversity, enhancing the adaptive capacity of the whole metropolitan area and creating jobs for poor communities, but also providing opportunities for research partnerships between local government and local academia. The City of Edmonton is redeveloping the former municipal airport into a carbon-neutral community called Blatchford, and has reduced GHG emissions by retrofitting community association buildings for efficiency and installing photovoltaic energy systems.

But we can do more to empower cities around the world with the scientific, technical and policy knowledge to implement the best policies to serve their citizens and meet the global threat of climate change. We call on the global scientific community, states and cities around the world to work together to address the global climate change challenge. Working together science, policy and practice can generate the change required, at the scale needed and within the timeframe required to drive climate smart urban innovation. The threat has never been greater, but neither has the potential for lasting, transformative change. Let’s get to work.

Debra Roberts is the co-chair of IPCC Working Group II. Don Iveson is the Mayor of Edmonton. Seth Schultz is the C40 Director of Science and Innovation and the co-chair of CitiesIPCC Scientific Steering Committee.