Why Are Two Community Banks from Across the Country Merging? – Next City

Why Are Two Community Banks from Across the Country Merging? 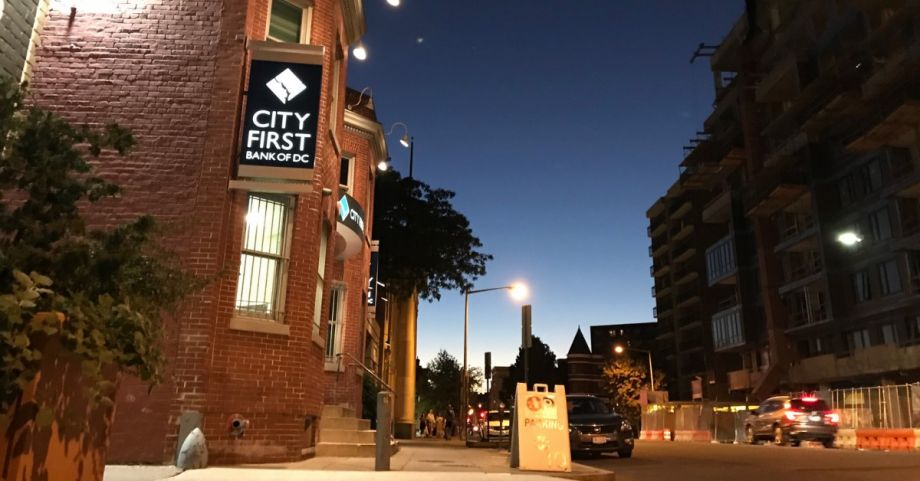 When two banks merge, it’s often bad news for at least one of those bank’s communities. They could be merging because one of the two banks has failed, and regulators from the Federal Deposit Insurance Corporation have brought in one bank to take over for the other. Or it could be a big bank buying up a smaller bank that is having trouble surviving because of regulations that currently tip the scales in favor of big banks.

There are important business model differences. Community banks typically rely on the close relationships of their loan officers to surrounding communities to assess the risk of lending to a particular small business or developer. Larger banks — as well as online lenders — tend to rely on credit scores, collateral and algorithms to make small business lending decisions.

That business model difference helps explain why, according to a study published in the January 2019 edition of the American Economic Journal: Applied Economics, when a bank branch closes after a merger, small business lending in the area around that branch drops off and never recovers.

But what happens when two otherwise financially healthy community banks from across the country merge, willingly, to form a national bank? The residents of Black communities and other historically disinvested communities in Los Angeles and Washington, D.C. will have their chance to find out, with the announcement of a merger between Broadway Federal Savings Bank in Los Angeles and City First Bank of D.C. With more than $850 million in assets, the combined institution will become the largest Black-led minority depository institution in the country.

“These discussions really started over a year ago,” says Brian Argett, CEO of City First Bank and soon to be CEO of the combined institution. “At first it was conceptual, thinking about if we were to put these two institutions together, how would we be stronger together, more impactful together, to serve our communities better? Then of course we had the increased awakening and frustration as demonstrated by the social challenges of the pandemic and the recent protests that we’ve all been witness to.”

They’re calling it a “merger of equals.” Once combined, the new institution will be able to finance larger projects — an important consideration in a time when land and construction costs have been on a decades-long upward trend in both L.A. and D.C. It will also have the ability to provide more access to credit for existing borrowers — such as businesses looking to acquire properties they’ve been renting, or developers who are looking to expand their portfolios of affordable housing or commercial space in Black neighborhoods and other historically disinvested communities.

“Some of these deals may not happen without us because we’re talking about lending in communities of color where there’s still a perception of risk that stops mainstream lenders,” says Argett. “But the deal sizes are just getting larger, requiring more resources and more elements in the capital stack.”

To understand how two community banks merging allows for more deals like that to happen, first you have to understand what a bank is from the most basic perspective — its balance sheet.

On one side of every bank’s balance sheet are its assets — loans and other investments in the stock market, bond market, U.S. Treasuries market or other more exotic investments. On the other side are its liabilities — its deposits and equity capital. Equity capital comes from the bank’s shareholders and also any retained earnings.

The two sides always have to remain in balance. At the end of the day, if the bank has more assets than liabilities, it has to borrow from somewhere — the first place they usually go to borrow is other banks, or maybe the Federal Home Loan Bank system, or as a last resort they can borrow from the Federal Reserve.

It’s relatively easy for banks to borrow whatever they might need to cover the loans they make on any given day. So the real constraint on what loans banks can make come from the regulations around banks’ equity. There are overall limits and there are per-borrower limits.

Overall, regulators typically require banks to maintain one dollar in equity for every $11 in assets. Regarding per-borrower limits, with some specific exceptions, borrowers can hold debt worth up to 15 percent of a bank’s equity, or 25 percent if they have enough collateral for the loan. The intent of these limits is to limit risk to the banking system as a whole.

Currently, pre-merger, Broadway Federal has $51 million in equity, which means the most that any one business or developer can legally borrow from Broadway Federal is around $13 million for a transaction involving real estate that can serve as collateral. And that’s the legal limit; most banks as a standard internal policy like to keep borrowers well below their legal limits.

If you’re a business with a working capital line of credit and maybe another loan or two for equipment already from Broadway Federal, or a developer raising capital for their third affordable housing project, borrowing a few million more from Broadway Federal may not be possible because of the bank’s per-borrower lending limits — and nothing at all to do with the ability of the borrower to repay the loan or the banker’s interest in making the loan.

It’s not uncommon for community banks to face this situation, because their equity capital amounts are relatively small. Community bank CEOs tend to be on an endless search for more equity, but interested investors are getting harder and harder to find, especially if your bank focuses on Black communities and other disinvested areas.

Once upon a time, community banks could lean on small business owners in their communities to buy shares as needed to grow the bank over time, but those investors are getting fewer and farther between. For Black communities, whose median wealth nationwide is one tenth that of white communities, those investors were few and far between to begin with.

It’s impossible to know how many more additional loans community banks might have made if they could have had easier ways to raise equity.

In fast-paced real estate markets like L.A. or D.C., it’s impossible to know how many deals could have gone through for community-oriented developers to build affordable housing or commercial space versus profit-motivated investors looking to buy low and sell high. The former may have one set of bankers while the latter has another, but the latter is less likely to be in danger of hitting their legal lending limit with their bankers — if they work with so-called “shadow banks,” they may not have legal lending limits at all

Once these two banks merge, the combined institution will have around $86 million in equity, bringing the legal lending limit per borrower closer to $22 million after the merger, for loans involving real estate or other collateral. The combined institution will rely on those larger or additional loans to existing clients — the same loans that mainstream lenders still tend to be biased against because of who those clients are, or where those borrowers want to finance projects or grow their businesses.

In D.C., City First’s existing portfolio has some multi-family housing but is much more weighted toward commercial real estate or other commercial lending.

Both institutions are also federally-certified as community development financial institutions (CDFIs), meaning no less than 60 percent of their lending and other economic development services take place in low- to moderate-income census tracts. They expect to maintain that certification after the merger —certification gives them access to the U.S. Treasury’s CDFI Fund, which certifies CDFIs and also awards grants that can be used as equity.

The merger also means an expansion of City First Enterprises, a nonprofit organization that has been serving as the holding company for City First Bank. It will now become a major shareholder in the combined institution.

More than just an idle paper company — as some bank holding companies are — City First Enterprises uses its nonprofit status to tap into philanthropic and public funding to complement the bank’s lending. Sometimes that means down payment assistance for homeowners, sometimes it’s providing an external guarantee for loans that might otherwise be too risky for the bank.

The combined institution also hopes to leverage City First’s experience accessing the federal New Markets Tax Credits program. Despite the program’s intention to address decades of disinvestment, the NMTC has not had the best overall track record for reaching Black communities.

“Even before all of this, we believed that putting these two institutions together was a home run and made all the strategic sense in the world,” Argett says. “And once we went into these times, it made even more sense to do this, and be of service in doing so.”