Why are Seattle Neighborhoods Fighting Land Use Reform and Density? – Next City

Why are Seattle Neighborhoods Fighting Land Use Reform and Density? 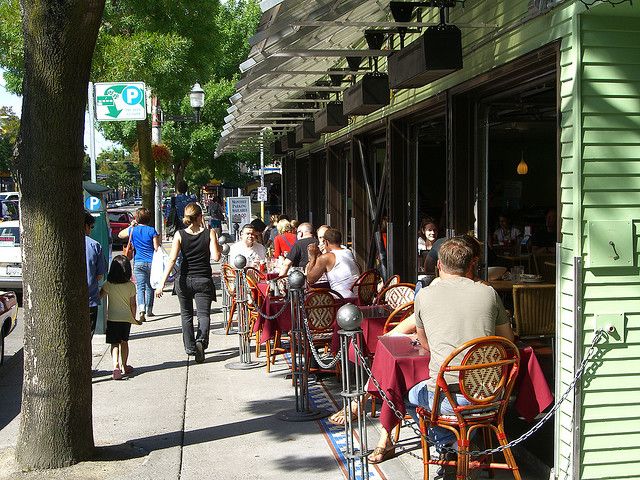 A proposal to reform Seattle’s land use regulations allows for retail use in multi-family neighborhoods like those on parts of already dense areas like Capitol Hill. Credit: Eric Fredericks on Flickr

During a discussion about efforts to reform Seattle’s land use regulations, I was reminded of the taxonomy that divides the city’s most influential constituencies into four: Labor, neighborhoods, developers and environmentalists. Which power base is most powerful? Seattle’s neighborhoods are ascendant and they are abusing their power, shifting from fighting for things to fighting against them.

A proposed regulatory reform package has sparked controversy in the neighborhoods. The original proposal reduces parking requirements near areas that have high transit use and capacity. Reducing parking in these areas actually reduces the cost of housing by allowing developers to spend less on parking spaces for cars where people don’t need them.

Second, the proposal allows for retail use in multi-family neighborhoods like those on parts of already dense areas like Capitol Hill. The low-rise zones in the proposal aren’t required to have retail, but could if there was demand. This part of the proposal makes these neighborhoods more walkable and lively by putting services and amenities near by.

Finally, the proposal would limit appeals to new development under the State Environmental Policy Act. Seattle’s law has requirements that aren’t needed under state law. Reducing appeals would lower costs for development, making it easier to build needed housing, which in turn would increase housing supply and decrease price. Most appeals under SEPA fail anyway since projects always comply with legal requirements, making appeals a costly speed bump.

The proposals are, arguably, rather modest and would promote job creation, housing and sustainable density, but hit a raw nerve among opponents of growth and neighborhood activists.

Neighborhood planning in the ’90s was not without controversy. Many neighbors were suspicious of the planning process. The Comprehensive Plan in those days was something of a revolutionary document: Seattle would grow, but it would preserve single-family neighborhoods by putting that growth, and tax dollars for neighborhood infrastructure, in so-called urban villages.

The urban village concept was criticized as a kind of vanguard of socialism by some, and regarded by others as too conservative. Nevertheless, the Urban Villages would host growth but receive the bulk of city planning and investment. The trade appealed to many Seattle neighborhood folks, pairing growth and density with sidewalks, streetlights and parks. Growth would come, but the inconvenience would be offset by amenities.

A Saul Alinsky-style organizer, Jim Diers (who would eventually become the first director of the Office of Neighborhoods) built the template for neighborhood empowerment, encouraging disadvantaged neighbors to get involved, make noise and ask for city dollars to follow what people in neighborhoods actually needed and wanted, not the fiat of planners in City Hall. The hybrid of planning and grassroots neighborhood activism was a brilliant innovation, wedding poor neighborhoods, Lesser Seattle and Forward Thrust in a marriage of convenience and progress.

What happened? How did earnest, liberal, Birkenstock-wearing activists pushing for parks, play equipment, sidewalks and kiosks turn into affluent, highly motivated saboteurs of new development, change and density? Three things happened in the last two decades that shifted neighborhoods from the “what we want” caucus to the “what we won’t” lobby. 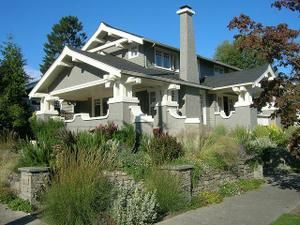 • Organizing: One brilliant organizing technique created by the Department of Neighborhoods was the use of an image or a powerful phrase. Using narrative is key in capturing the popular imagination. Now affluent neighborhoods have adopted the techniques pioneered by Diers to halt new development with the cry that new development will “gentrify” the neighborhood. That’s ironic, however, since opposition to more housing actually reduces choices for new, younger and different people from moving to the neighborhood.

• A Compliant City Council: Politicians have a Sally Field complex an affliction that makes being liked and reelected the primary litmus test for any issue. Angering a large, affluent and motivated group of neighborhood activists is not a recipe for sustained popularity. The more intense a neighborhood’s resistance to change, the more attenuated change becomes in the City Council’s process. Large projects get smaller, tall buildings get shorter and costs and delays increase.

This balance of power can’t shift without courage, by developers, unions and environmentalists who must support a louder, stronger voice for dense, transit-oriented neighborhoods, not just intellectual dialogues and PowerPoint presentations. Those advocates for better land use will have to steel themselves for more conflict with the most powerful group in the city: Single-family neighborhoods.