Why Advocates Say Food Stamps Should Work on Cooked Food 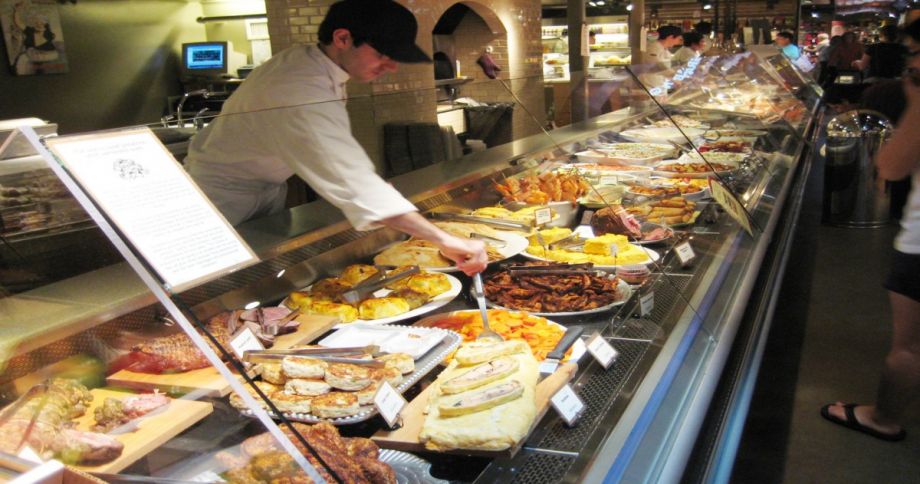 Years ago, Esperanza Fonseca was experiencing homelessness in Ventura County, California. “I went to the food counter at Ralph’s and tried to order a somewhat healthy meal with my [food stamps], but the lady at the counter told me that I could buy raw fish but I couldn’t buy cooked fish because it’s against the law,” she says. “If people can buy raw food, why not cooked food, especially if they’re homeless because of the same economic circumstances that caused them to not have enough food?”

For those experiencing food instability, the federal Supplemental Nutrition Assistance Program, the nation’s far reaching anti-hunger program commonly known as food stamps, can be a lifesaver. In 2019 alone, 38 million people — 12 percent of the U.S. population — participated in SNAP. The program gives recipients a monthly stipend to subsidize the cost of food at qualifying grocery stores (and some stores’ websites), farmers markets, and the like. However, there’s one major problem: it can only be used on uncooked food.

Fonseca is now focused on labor organizing, but for a time she became an advocate for getting California to participate in the Restaurant Meals Program. Also a USDA program, the Restaurant Meals Program allows the 43 percent of SNAP households that include elderly or disabled members as well as those experiencing homelessness to use their benefits at participating restaurants. Advocates say the program is a no-brainer because it allows those without a place to cook to get the food that SNAP entitles them to, restaurants have access to an expended customer base (especially now in the wake of COVID-19 closures), and it’s simply the ethical thing to do. “It’s simply about dignity,” Fonseca says. “We should understand that, when someone is at the lowest point in their lives, living on the street with nowhere to cook food, allowing them to use the money in their pocket to buy a hot meal affirms the dignity of their life. When you can’t even buy a hot meal, it really tears down your self-worth and dignity.”

While the restaurant provision has been part of SNAP since the ‘70s, it has been deeply underused until recently. “States don’t have to request a waiver or anything like that to get the program,” says Jessica Bartholow, now a policy advocate at the Western Center on Law and Poverty, of the low federal barriers to implementation. On why more states haven’t started a Restaurant Meals Program, Fonseca says that “it’s based on this paternalistic attitude that poor people don’t know how to make decisions for themselves.” It’s ignorance around both the program’s existence as well as biased, stigma-laced attitudes towards welfare recipients that’s slowed uptake of the program to a near halt over much of its existence.

California’s participation began in the early 2000s when Bartholow and others began advocating for the program in their state. She was working with seniors in need in a West Oakland food desert at the time, most of whom had no place to eat except soup kitchens. “I kept asking them about the food stamp program. I’ll never forget this one senior,” she says. “He just sat in his car deciding between selling his food stamp benefits to get money to use at a restaurant or going hungry,” she recalls. He went hungry and Bartholow became a restaurant meals program advocate. In 2003, the Restaurant Meals Program began in California when San Francisco piloted the program in 2003.

But prior to a bill passing late last year to expand the restaurant meals program to all of California, just 10 counties in the Golden State participated. For years Arizona was the only other state running a state-wide program, with Rhode Island and Florida running pilot programs to test the idea in their states. Illinois recently passed a bill to join the program this year, as has Maryland, which hopes to have the program up and running this summer.

“For Maryland to implement the Restaurant Meals Program, there are some backend things to do to identify applicants who are allowed to purchase a meal. You have to be a senior, disabled, or homeless, and that has to be coded into people’s EBT cards,” explains Michael Wilson, the director of Maryland Hunger Solutions,. While recipients can use their benefits to purchase whatever they’d like at a participating restaurant, restaurants do have to sign up and offer low-cost options for SNAP recipients in order to participate.

Perhaps unsurprisingly, the COVID-19 pandemic has inspired a renewed interest in the program. “SNAP enrollment has gone up more than 400 percent between March and April” in Maryland, Wilson says. “I think what we’ll find is, because of the pandemic, there are a lot of restaurants that are scraping for business and they’re going to say maybe we can participate.”

“Would restaurants rather have someone outside panhandling or inside having a meal?” Bartholow asks. “Homeless people deserve to have a meal and be treated like everyone else and be out of the sun and the rain and restaurants are raising their hands [to participate in the restaurant meals program],” she says. Thinking back to the campaign to bring the program to California, she says: . “At a time in our country when so many restaurants and retail establishments were telling people they weren’t welcome, we had partners saying, ‘No, we welcome you. Let’s make sure the resources you have can be spent here.’”

Wilson has seen much of the same in Baltimore. The Land of Kush, a group of local vegan soul food restaurants, has already told Maryland Hunger Solutions that they’d love to participate. “They’re the example we want to use. They’re hyper-local, not a chain, and they clearly have healthy options for people and want to be connected to people,” he says.

While there are still variables to be solved, such as what does and doesn’t strictly qualify as a restaurant — can someone buy a rotisserie chicken at a grocery store, for example? — much of that is for the USDA, who vets restaurants, to decide. As far as Wilson is concerned, his job is to ensure that there are as many options as possible for SNAP recipients.

“From our perspective, more options are better. If you can expand how someone can use their benefits, they can make their own choices,” he says. “Why should a suburban mom who doesn’t have time to cook be able to buy a rotisserie chicken when a mom on SNAP benefits who has the same stresses in terms of childcare and work and home not have those same options?”