Whose City? – Next City 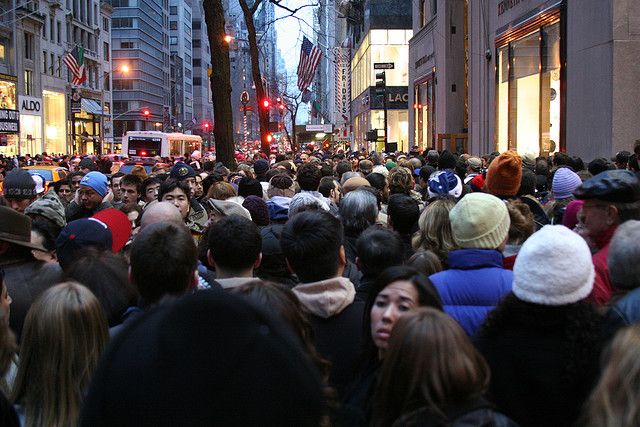 In his notable work The Production of Space, Henri Lefebrve argues that space is inherently social – indeed, that society imbues space with meaning and value, and thus this production of space is both a means of action and control given societal power dynamics. Many urban planning master students read Lefebrve their planning theory study groups and then when discussion time comes, look at each other quizzically – as in, WTF? Certainly, Lefebrve is theoretical, perhaps even at times opaque, but his notions of spatial (in)justice and the right to the city have a good deal of practicality today.

Within the past month I’ve had the opportunity to engage in two happenings that speak to the growing impacts of geography on equity and justice in our cities and on how planners are socialized and taught. Ultimately, the questions become: What kind of cities do we wish to make for ourselves, and how do the ways in which planners are edified stretch and/or reinforce status quo values, norms, and meanings in planning practice? Indeed, Whose City?

In February I participated in a student-organized and orchestrated planning symposium in the Netherlands on the concept of the “just city,” a term used by Susan Fainstein in her recent book of the same name. The symposium, run by the Amsterdam Student Association of Planning (ASAP) and entitled “European Cities of Tomorrow; Amsterdam: A Just City?,” attracted bachelor, masters, and doctoral urban planning students from Sweden, the United Kingdom, Austria, the United States, Turkey, Benin, China, and the Netherlands, among other countries, to engage the city of Amsterdam through three specific planning workshops related to urban development challenges in the city. Through these workshops students were able to work in groups in designing planning presentations within the context of Susan Fainstein’s The Just City. During the course of this week-long symposium, we wrestled with notions of equity, diversity, and democracy in a city that has a history of liberal and inclusionary thought and practice. Clearly, Fainstein and others think this legacy may be gradually changing in Amsterdam, hence the question mark following “City.” A case to this point is that a transit strike occurred during one day of my visit to simulate what tram and bus service would be like if budget cuts are enacted. Indeed, cuts to transit, social programs, and education – not simply in The Netherlands but domestically as well – beg fundamental questions of societal values and sacrifice. How do these potential policy decisions implicate the poor and marginalized among us? Further, should a society provide for these groups in various policy arenas, and if so, in what ways?

This past week I participated in an engaging discourse hosted at The Wagner School of Public Service at NYU and convened by both The Wagner School and the Luskin School of Public Affairs at UCLA. With support from both the Ford Foundation and W.K. Kellogg Foundation, these schools of public service and self-described “soul sister schools,” have partnered to study how to broaden and deepen the ways in which social justice is infused in their teaching and practice. A number of different teams from other schools were present too. Both Ellen Schall and Frank Gilliam, the deans of Wagner and Luskin, respectively, get it. They understand that the ways in which academia understands and impacts societal leadership, change, and equity are at the heart of an evolving curricula and pedagogy for a 21st-century world. Rather than succumbing to the psychological urge to become more inwardly focused in the face of large contemporary societal and policy challenges, Deans Schall and Gilliam are providing discursive space for action in the recognition that no school of public service, social work, urban planning, business, law – most any professional education – is relevant if it does not take up these issues of what it means to be a valued member of society and what values we wish to preserve and sustain through time and teaching. This gets to the heart of what it means to be an educated person in society. Schools train students to be professionals in their fields, and these issues of how geography and policy is socially constructed and reinforced in (in)equitable ways goes to the heart of acting as a professional responsive to a larger ethical, moral context.

Henri Lefebrve makes the argument that the city is an ouvre – a work in which all its citizens act in and participate. Upon a world stage in which we find citizens’ rights being contested and diminished – from the State Capitol in Wisconsin to the shores of Libya – our basic conceptualizations of who the city belongs to, who has a right to the city, will impact our trajectory and progress as a society.