Who’s Afraid of the City Farmer? – Next City

Who’s Afraid of the City Farmer? 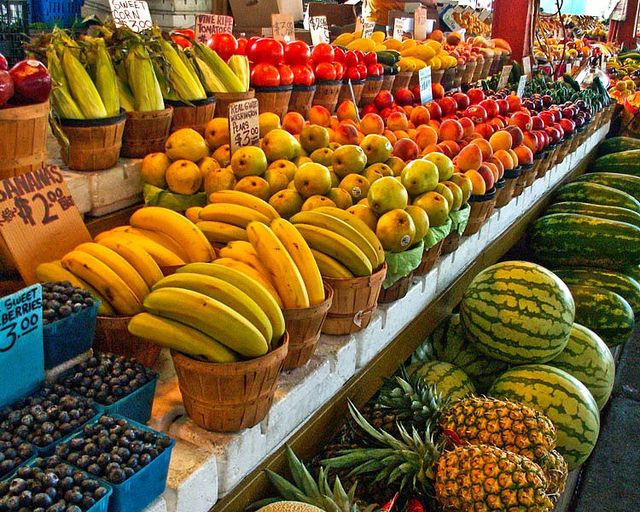 At the city-run Dallas farmers’ market in July 2011. Credit: Allen Sheffield on Flickr

Farmers’ markets in Dallas face a number of curious, city-mandated limitations. They can only stay open for 28 days per year, and not on consecutive days. They can’t have more than 50 vendors. They can’t operate within one mile of each other. And they can’t open before 8am.

Even more bizarrely, this is progress. In April the Dallas Observer ran a lengthy story that covers the history of farmers’ markets in the city. The problem? Dallas had never written any city code specific to the markets. When they began popping up around town in the early 2000s, local officials didn’t know how to address them.

Durham, N.C. had a similar problem not so long ago. Both cases illustrate a problem inherent to zoning: Whenever a new use comes along that a city hasn’t seen before, it won’t be listed as a permissible use anywhere.

Prior to the appearance of neighborhood farmers’ markets, Dallas had a city-run market in its downtown. This wasn’t just for farmers, but for produce vendors who bought fruits and vegetables in volume from all around the world.

“Dallas is one city that has historically owned its own farmers’ market,” Sarah Perry, founder of White Rock Local Market, writes in an email. “This is important because it makes Dallas’ interests in ‘farmers’ markets’ a bit different than other cities.”

At first, residents at private markets believed that as long as they kept sites clean and orderly, they had no reason to think they were doing anything wrong. That held true for a while, but once officials realized that some of these markets were a going concern, they started hassling market organizers about permits. Dallas had no provision for a farmers’ market permit, however, and general “special events” permits were expensive and required police presence.

So organizers went to City Hall seeking some kind of ordinance to govern their operations. That way, officials would have a box to put the markets in.

What they got was an incredibly restrictive set of rules. Compared to Houston, for example, Dallas’ code governing markets is much more extensive and includes a fairly aggressive schedule of fines. (Fines aren’t even mentioned in the Houston code.) In nearby Coppell, Texas, officials didn’t write any code at all. They simply set up a citizens’ committee to govern its operation and left it alone.

Meanwhile, market organizers in Dallas learned to be careful about what to wish for. From the Dallas Observer:

If Dallas City Hall wanted to stifle neighborhood markets, it did a good job. When the farmers market ordinance won approval in 2010, five neighborhood markets were listed in Jack Ireland’s presentation to council’s transportation and environment committee. Now there are three.

(Jack Ireland is whom the City Manager had assigned to make a recommendation to the city council on a farmers’ market policy.)

According to Perry, nothing has changed in Dallas code since the Observer’s coverage in April. “In the meantime,” she adds, “Dallas has essentially sold the Dallas Farmers Market property to developers, who will turn it into mixed-use retail [with a small area reserved for farmers.] But because the City of Dallas is now ‘out of the farmers’ market business’ we expect to see a new perspective.”

Interestingly, Dallas does has a code for urban farming. It reads as you would expect it to anywhere, covering both community gardens and traditional farming operations, in the general spirit of supporting community-grown food.

That wasn’t the case in Durham, however, which simply hadn’t considered farming as a use in its zoning policies. Nor, for that matter, did it consider farmers’ markets.

Urban farming has just taken off in Durham in the last few years. The matter came to a head when the South Durham Farmers Market prepared to open in spring 2012, only for the Planning Department to say that its preferred location wasn’t zoned for retail sale of farm goods.

In this case, the Planning Commission worked with the market to find a different location and wrote a recommendation to the city council for modifying its rules, according to a December story in the Herald-Sun. Since the council acted in March 2013, farmers’ markets have been permitted in areas zoned for business as well as residential — if a church, school or other public facility will share its space.

While selling farm goods is easier in Durham than Dallas, it’s still harder to farm. Durham restricts certain farm practices, and advocates there repeatedly stress the problem of forbidding aquaponics (raising fish and plants in a sort of symbiotic relationship) and composting. As Kevin Hamak, a local agriculture advocate, told me, “You need to be able to maximize every inch in order to make an urban farm pay off.”

Another issue in Durham is minimum parking requirements. For smaller farmers, there’s only a requirement if the farmer wishes to set up any sort of permanent structure from which to sell their goods. In that case, they need to have at least one parking space. Which, more often than not, is going to require a curb cut, an expense most small farmers can’t afford.

Hamak also told me about the problem of hoop houses, which are similar to greenhouses except they use plastic and can be easily opened when the weather is right. Farmers view them as temporary facilities — a sort of tent built with some lumber — but the Planning Department views them as a structure, requiring a site plan, inhibiting the ability of farmers to work year round.

The greater Durham area is becoming a good place for locavores. Its farm-to-table distributor, East Carolina Organics, expanded in late 2012 and set up shop in the city proper. Farms are springing up. The Visitors’ Bureau has a whole agri-tourism information page, but farmers there don’t believe that they can really make farming in the city pay off until the last bits of restrictions are taken off their operations.

Similarly, farmers’ markets in Dallas won’t become the kind of community institutions that similar operations in smaller cities such as Austin have become — at least, not until they no longer face the obligation to stay small or suffer the consequences. This hesitancy about community agriculture comes at a time when other cities are looking for ways to incentivize farming and related activities.