How 10 U.S. Cities Use Public Transit – Next City

How 10 U.S. Cities Use Public Transit 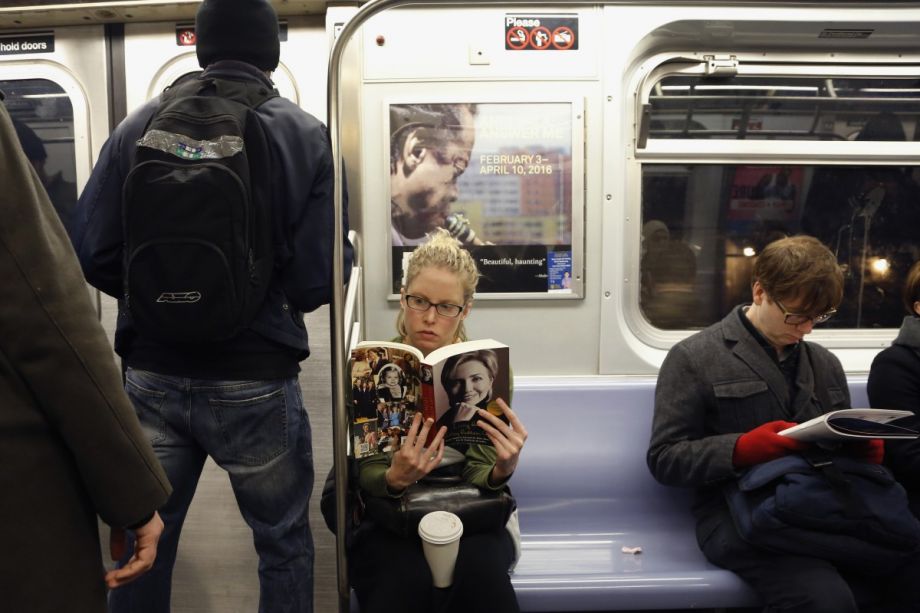 More than a fifth of U.S. city-dwellers use public transit on a regular basis, according to a recently released survey conducted by the Pew Research Center in late 2015.

Pew looked at which U.S. adults use public transportation most frequently and where they live. Not surprisingly, the Greater New York City area tops the list for transit use. More surprising, however, is that the city hosting the next largest amount of transit users is not another northeastern city, but Los Angeles. Washington, D.C., Boston and Philadelphia do make the top 10 list. 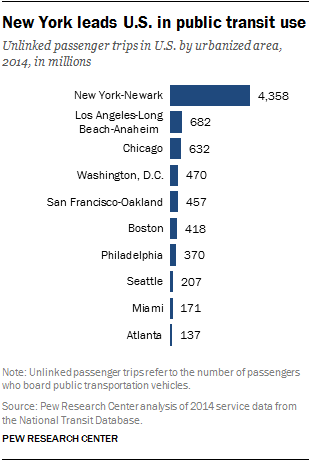 The Northeast also has significantly more public transit users than other regions, with 25 percent of adults using public transportation daily or weekly, compared to 9 percent in the West and 8 percent in the Midwest. Lower ridership in these regions is attributed in large part to lack of access to public transit options. Even though 80 percent of Americans live in urban areas, roughly 45 percent of households still have zero transit access. The U.S. DOT recently announced a $100 million grant for cities aimed at closing those public transit gaps.

Americans who are lower-income, black or Hispanic, foreign-born, or under 50 are significantly more likely to use public transportation regularly, according to Pew.

By highlighting who relies on public transit the most, Pew also reveals which commuters are likely the most impacted by the country’s aging infrastructure. A 2013 Federal Transit Administration report estimated that “more than 40% of buses and 25% of rail transit around the U.S. are in marginal or poor condition.” Since immigrants and lower-income workers rely on transit in greater numbers to get to work, poor transit conditions can hold these groups back economically.