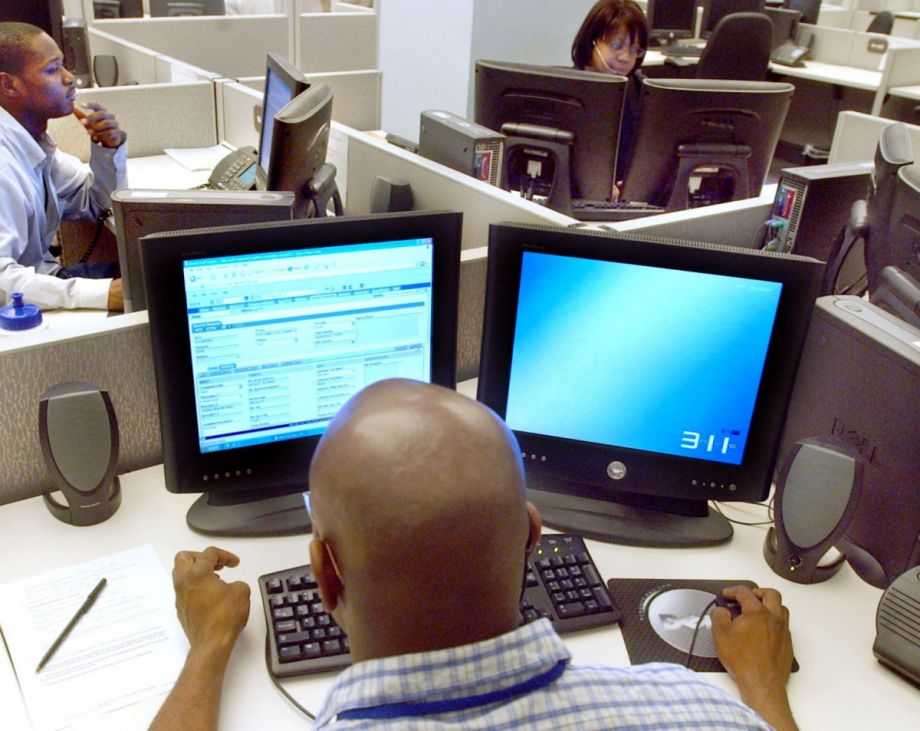 Non-emergency 311 call systems, used increasingly in U.S. cities, offer a number of advantages. They give citizens a quick, convenient way to kvetch about problems in their neighborhoods, and get a response. They enable city governments to identify patterns and address issues proactively. There’s also an incidental boon: Massive amounts of accumulated data. A handful of social scientists have begun to see this data as a treasure trove. Specifically, they have started combing through it to see who is calling, and what this might tell us about the policies and culture of the cities in question.

These scholars see 311 calls as an innovative metric for assessing civic engagement. Calling is low-stakes and low-cost, but it presumably reflects a baseline level of belief in government as a benign force worth asking for help. What determines who reports potholes and graffiti, and who remains silent? Though the research is new, its authors hope that it could eventually influence the ways that cities interact with their residents.

For a January study published in the Annals of the American Academy of Political and Social Science, UC Berkeley’s Amy Lerman and Yale’s Vesla Weaver investigated whether New York’s controversial stop-and-frisk practices might affect the likelihood of calling 311 in different communities. They looked at reams of data on both police stops and 311 calls, and—after controlling for race, income, and other factors—they actually found a positive correlation between the two. They say this correlation could reflect greater need in neighborhoods with a heavy police presence, or it could indicate that up to a point, police are perceived as protective. But in the areas with more aggressive and gratuitous stops — that is, the stops included frisks and did not turn up any illegal behavior — the positive relationship with 311 calls weakened. The authors concluded that intrusive policing made people less likely to reach out to the city government.

To tease out coherent meaning from the masses of data is a formidable challenge. Myriad factors influence a neighborhood’s call rate, and some of these work against each other. Troubled low-income neighborhoods, for instance, are more likely to experience the need for services. On the other hand, homeowners, who tend to be relatively affluent, are thought to be more invested in their neighborhoods, which could lead them to make more demands.

Despite the challenges, Lerman and Weaver are not alone in their efforts. A forthcoming paper in Sociological Forum also examines the relationship between police contact and 311 calls, in Boston rather than New York. (Boston uses a different number, but “311” is shorthand for nonemergency call systems.) Authors Jeremy R. Levine and Carl Gershenson, doctoral candidates in sociology at Harvard, sought to look at call volume independently of neighborhood need. To do so, they devised a clever tactic: Focusing exclusively on requests for snowplows during snowstorms, the need for which would presumably be more or less evenly distributed throughout the city. (They found evidence that the city is not discriminatory in its initial provision of snowplow services.)

The authors consulted a 2010 phone survey of 1,718 representative Boston adults, which included a question about police contact. They found that, after controlling for other factors, contact with police correlated positively with calls to 311. Boston has been a pioneer in community policing, and Levine speculates that this collaborative style fostered willingness to contact the government. This conclusion is consistent with the work of Lerman and Weaver, which stresses the importance of the character of policing.

Levine and Gershenson also looked at a range of demographic information and found, most strikingly, that predominantly African-American neighborhoods were far more likely to place calls to 311. They hypothesized that the expectation of discrimination could result in more calls, in order to prod the government to provide appropriate services.

There seem to be tensions between these two hypotheses. Is calling 311 a sign of trust or suspicion? Or some window between the two — i.e., the callers believe that the government will respond to their requests but not that it will meet their needs without a nudge? Or perhaps the various theories simply mean that we can’t yet be sure what to make of the fragmentary stories emerging from the data.

“How folks understand and interact with the government is complex; multiple processes can simultaneously be at play,” Levine wrote in an email. “This is an area where research has just cracked the surface… We need more data, and better data, to really start to parse out stronger causal stories of 311 calls.”

There are also philosophical questions about the meaning of 311. Not everyone sees the calls as chiefly a sign of civic engagement. After all, unlike attending a town hall meeting or volunteering, dialing 311 can be a strictly self-interested act that involves no interaction with the community. “You’re treating the city as if it’s a business to request services from,” said Brian McCabe, a Georgetown professor studying the effect of homeownership on 311 calls. “It’s a consumer-driven model.” McCabe has a somewhat different take from the other social scientists, exploring the burdens placed on government by calls from homeowners.

Yet regardless of its larger meaning, as Levine and Gershenson note, use of 311 has important practical implications. In Boston, they report, these requests influenced how $161.8 million of public services — 8.6 percent of the city’s budget — were distributed in fiscal year 2011. “The relationship between requests for and receipt of services is likely becoming stronger over time,” they write. “Under-engagement with local government means under-provision of services.”