When Will We Hear About the Actual People in Detroit? – Next City

When Will We Hear About the Actual People in Detroit? 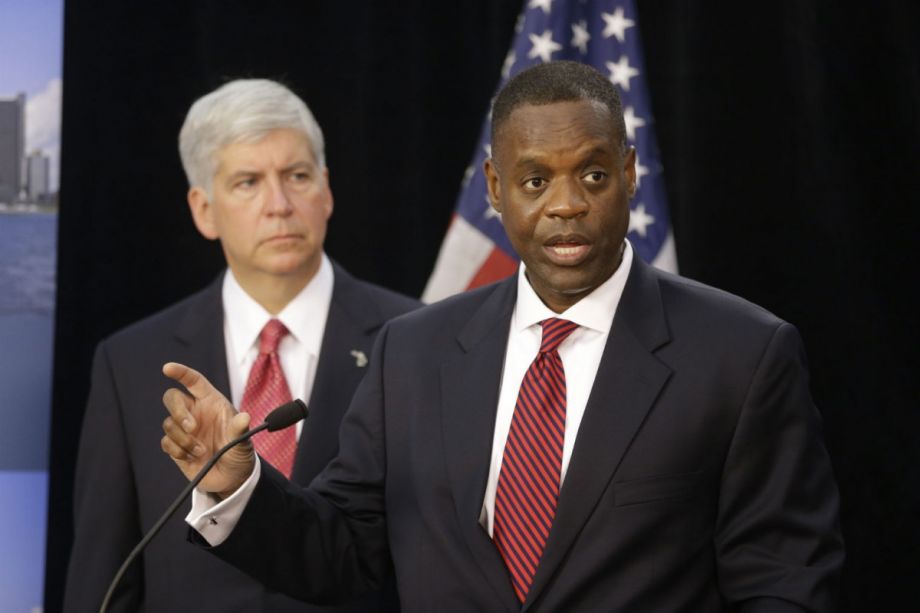 Michigan Gov. Rick Snyder and his hand-picked emergency manager of Detroit, Kevyn Orr, talked about the Motor City’s future in New York on Monday. What was supposed to be a forum on Detroit’s potential — the Manhattan Institute billed it as “Detroit: The Next American City of Opportunity” — turned into a brief chat filled with stale tropes.

Which is no fault of the conservative think tank that hosted the two frequently maligned Michigan public figures. Orr and Snyder are running low on ammunition. The biggest excitement Orr has to offer about Detroit these days? Garbage.

With good reason, of course. This is the kind of basic service that the city has failed to provide in some neighborhoods for years. Orr said that he feels encouraged by City Council’s willingness to work together on privatization “for the first time in a long time.” In February, City Council approved a $122 million deal that will privatize garbage and recycling pickup. “People just want trash to get picked up,” councilmember Andre Spivey, who voted in favor of the deal, said at the time.

After they rapped about garbage for a hot second, Orr and Snyder returned to an old, polarizing topic in Detroit: Young people moving in.

The refrain from Motor City cheerleaders is that young people love it. “One great indicator is: Young people want to live in Detroit. It is the place to be in our country in many respects,” Snyder said. He’s not wrong. Spend an afternoon in the downtown core and you’re bound to see young people. Midtown has a 97 percent occupancy rate. These are Very Good Things. Detroit needs people. As the Brookings Institution’s Alan Berube told the Detroit News last week, “Detroit does not have an income inequality problem — it has a poverty problem.”

That’s why I wish Orr and Snyder had spent more time talking about the residents that live in Detroit right now instead of waxing poetic about all the kids who want to come and play downtown. (As occasional Next City contributor and Jalopnik Detroit scribe Aaron Foley put it recently, “Young people in Detroit can be absolutely insufferable sometimes.”)

On the same day as the Manhattan Institute forum, the Associated Press ran a story on how difficult children have it in bankrupt Detroit. They suffer through overcrowded buses, overgrown parks and underfunded schools. “Some days, I don’t get home until 9 p.m.,” one 16-year-old boy told the AP in regards to the unreliable public bus system.

Orr and Snyder know this. In his defense, Snyder did make some concessions by saying, “We can’t leave the neighborhoods out of this.” Orr has continually used the same anecdote of seeing a young girl waiting for a bus by herself — he went as far to call her a “princess” on Monday — to show that he’s attuned to the poverty problem. “None of us in this room would allow our children to live in that world,” he said.

But that’s it: A schoolgirl waiting for the bus, and then back to the bondholders. Poverty came off as a blip on the radar. When these two figureheads aren’t talking about the New Detroit, they’re talking about very complicated debt obligations. That’s no way to soothe a tense populace.

I’d like to hear more about injured firefighters losing pensions and bus drivers getting shot at. I’d like to see Detroit’s leaders tell a captive, influential audience about the state of the public schools, instead of the equivalent of a New York Times trend story.