When Trash Bags and Gardening Tools Can Help Fight Crime 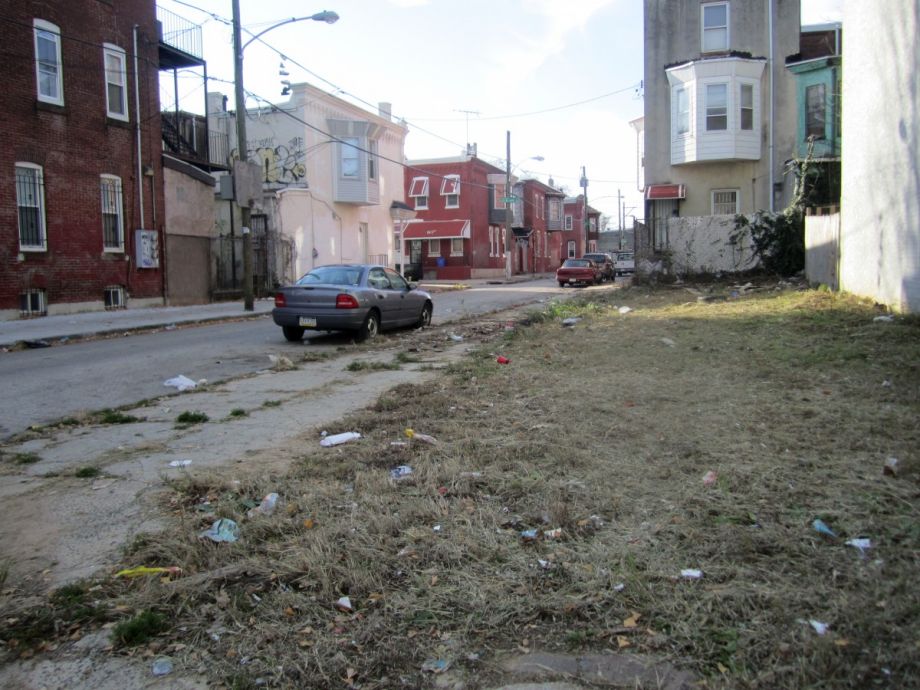 With some 40,000 vacant lots, Philadelphia is no stranger to issues linked to urban land vacancy. But the city is also familiar with strategies that can not only improve individual lots, but also reduce crime and improve quality of life.

Today, 8,500 public and privately owned vacant parcels are cleaned, greened and maintained through the Philadelphia Land Care Program, a collaborative effort spearheaded by the city and the Pennsylvania Horticultural Society (PHS). Since the program began in 1999, it has demonstrated that the cleaning-and-greening approach has an impact beyond stabilizing the neighborhood. It has also been shown to reduce gun violence, vandalism, stress and inactivity.

Each year Philadelphia spends about $2.5 million on the LandCare Program. With that money, the city contracts PHS to clean and green strategically selected vacant parcels. PHS removes trash, brings in new topsoil, adds a posted rail fence and plants trees along the perimeter. It then contracts crews for seasonal maintenance.

Under this system, cleaning and greening a parcel takes about six weeks. LandCare treats 400 to 500 vacant parcels each season.

Researchers at the University of Pennsylvania have studied the impacts of such efforts. At the Reclaiming Vacant Properties conference today, Penn’s Dr. Charles Branas referred to a university study that compared neighborhoods around 4,436 parcels LandCare had cleaned and greened between 1998 and 2008 to neighborhoods around 13,308 lots that were eligible for greening, but had not yet been greened. The research found that gun assault decreased near the treated parcels, though public nuisance calls went up.

“That speaks to the fact that if you clean and green spaces in an area, we think people begin to take more interest in the lots around them, more interest in self-policing [the lots],” Branas said. The research also found that vandalism, stress and inactivity decreased in the neighborhoods around cleaned and greened parcels.

Of all the lots tackled by PHS, 850 have been developed for residential or commercial use, and for every dollar invested in this program, PHS claims a $214 increase in house wealth across the city.

“It takes a commitment of resources — of money, of time, of energy — but the benefits are tremendous,” said Deborah McColloch, director of Philadelphia’s Office of Housing and Community Development.

For programs like LandCare to be successful, McColloch said the programs need to include strategic investments in economically depressed areas, longterm partnerships, paid maintenance employees (not just volunteer help) and committed leadership and decision-makers.

“It takes time to develop these wonderful collaborations because we have so many people sitting at the table,” said Alia Walker, a community activist and urban farmer at Earth’s Keepers, Inc. in West Philadelphia.

Walker stressed the importance of including the community from the start. She warned that communities are often wary of outside help because it is unknown. To remedy that, she said programs have to be transparent.

“The community wants concrete rewards, not just symbolic rewards,” she said. “It is so very important to value the community, and not just assume that because they’re a vulnerable community or don’t have much, they don’t have value.”