When Neighborhood Identity Can Restore Demand – Next City

When Neighborhood Identity Can Restore Demand 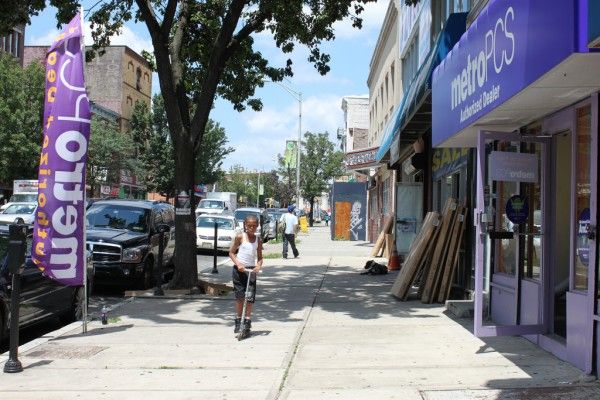 Marketing strategist Tracy Gosson opened a packed session on neighborhood branding yesterday with a well-worn quote from urbanist legend Jane Jacobs: “The greatest asset that a city or a city neighborhood can have is something that’s different from every other place.”

But the challenge for many organizations working in community development is how, exactly, to convey a place’s feeling and identity to the masses.

Look to the work of New Jersey’s East Camden neighborhood for an example of how to do it right. Advocate Felix Torres-Colon, of the Saint Joseph’s Carpenter Society (SJCS), explained how marketing tactics are helping build the affordable housing and neighborhood development organization’s success.

Camden doesn’t exactly have the greatest reputation. In 2013, it was voted the most dangerous city in America — again. “When I moved to Camden people said, ‘Oh man, you need to stay in Baltimore,’” Torres-Colon joked.

A rehab project by the St. Joseph’s Carpenter Society.

But he and his colleagues looked to rebranding East Camden as one way to counter perceptions about the place and further their housing development work at the same time.

Residents of distressed neighborhoods need to be engaged in positivity, he emphasized. He gave an example of a local paper’s investment in creating an interactive murder map.

East Camden's newspaper had an interactive murder map; no good for branding! #RVP2013

With cities eyeing tourism dollars, its easy to forget that selling a place isn’t just about attracting new people to visit, shop or move to an area. Torres-Colon and fellow panelist Alle Reis, of La Casa de Don Pedro in Newark, Del. N.J., championed the idea that branding a neighborhood is just as much an inside game and every bit as important.

“You can’t market this neighborhood until you sell it to the people who [already] live here,” Reis said, speaking about Newark’s Lower Broadway campaign strategy (download the full plan and explore at broadwaynewark.com).

Back in East Camden, SJCS pushes a positive message to combat the negative stories that residents deal with on a daily basis in print, online and on the street. To engage the community, the group organizes the kind of programming and events you’d find across the Delaware River in Center City Philadelphia, like a food tour showcasing the region’s immigrant diversity.

Acknowledging the critical voices of residents, SJCS also engaged neighbors in the rebranding process. The community itself voted on a new marketing logo, which was unveiled at the panel.

The new logo for East Camden, generated with community input.