When Innovative Cities Were Set in Stone – Next City

When Innovative Cities Were Set in Stone 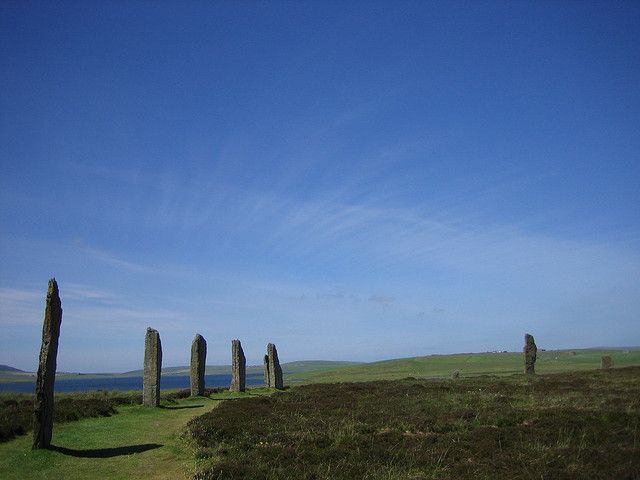 The Ring of Brogdar, a stone megalith in Orkney, Scotland. Credit: cinnamonster on Flickr

In this month’s issue of Science magazine, journalist Michael Balter has a piece of natural interest to us here, on the origins of Stonehenge.

No, really. The story of Britain’s famous stone megaliths is, as Balter tells it, one of innovation that springs from shared urbanity:

A flurry of discoveries and research across the British Isles is giving archaeologists a new perspective on just why ancient people erected these statements in stone. At Stonehenge, for example, important new insights are coming not just from the stone pillars themselves, but also from a once-bustling settlement 3 kilometers away. The work emphasizes how monuments served as social glue to bring geographically dispersed communities together in ritual activities. The process of megalith construction may have been as important as the grand final product. “It may be the act of building that’s important, bringing people together and sharing and pooling labor,” says Mark Edmonds, an archaeologist at the University of York in the United Kingdom.

Balter runs through the record produced by new dating techniques and recent excavations, highlighting a theory of how Stonehenge and other megaliths came to be that has excited archeologists in the last few years. Its geographic heart is on Mainland Island in Orkney, Scotland, home to a number of stone structures going back to the neolithic era of about 4,000 years ago, namely the Ring of Brogdar and the Stones of Stenness.

Brogdar in particular is thought to have served as a ritual meeting place, but the question remains of why ancient peoples would go to the trouble of, as Balter writes, “dragging stones to this narrow isthmus” to build it. Recent research has found that the 27 pillars making up Brogdar, for example, come from at least seven different quarries. Balter sums up the explanation as “a delicate balance of cooperation and competition” that resulted in “thousands of people gathered in the shadow of one of the world’s most spectacular clusters of stone monuments.”

Colin Richards, an archeologist at the University of Manchester, is quoted on that point:

It was all about dragging the stones from different places, and the ability of certain groups to mobilize labor… Stones have never been moved on that scale before. Something is happening that has never been attempted. It’s a spectacle, and people are going there to watch, as much to see it fail as to succeed.

From there, Orkney became a hotbed of further innovation, with unusual styles of pottery and houses with creative features — stone “dressers,” for one — springing up there before heading southward. “From this remote, 520-square kilometer island,” Balter writes, “these innovations swept nearly every corner of Britain and Ireland, culminating in the famous monuments of Stonehenge and Avebury in southern England.”

(Alas, the Science article is behind a paywall, but your local library might have a copy.)