Will Uber Serve Customers With Disabilities? – Next City

Will Uber Serve Customers With Disabilities? 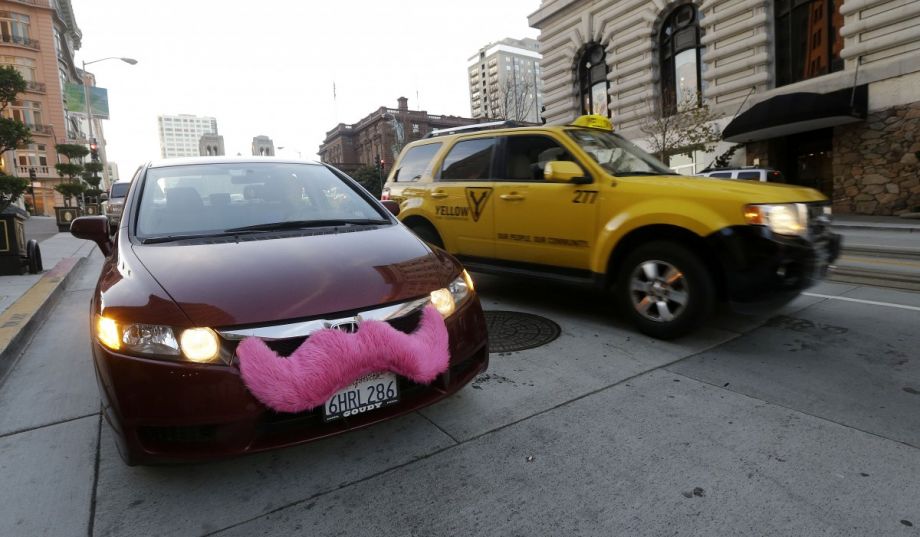 A new suit claims that Uber and Lyft have violated the Americans With Disabilities Act. (AP Photo/Jeff Chiu)

While many of Uber and Lyft’s legal battles have been initiated by the taxi industry, a lawsuit filed in Texas earlier this month accuses both firms of poorly serving a far more sympathetic community: the disabled.

The suit, filed by three mobility-impaired plaintiffs from San Antonio and Houston, claims that Uber and Lyft have violated the Americans With Disabilities Act, or ADA, by failing to provide a way for wheelchair users to take advantage of their services. It’s up to the courts to decide if that is true, but the suit has drawn attention to the wildly varied ways in which peer-to-peer ride-sharing companies have addressed (or failed to address) the needs of customers with disabilities.

I’ve been particularly attuned to the needs of such customers since my father joined their ranks. An accident three years ago rendered him quadriplegic, and through his perspective, I’ve seen how much wheelchair-accessible transportation could — and should — be improved. In Minneapolis, where my father lives, wheelchair-accessible cabs are rare. The only alternative is a state-run paratransit service that picks up its passengers at unpredictable hours, which can make a simple trip to the store an all-day affair.

The ADA requires vehicles-for-hire to offer “reasonable accommodations” for wheelchair users, but “generally that phrase has meant nothing,” says Sandra Rosenbloom, an urban planning professor at the University of Texas-Austin and a transportation expert at the Urban Institute. And though wheelchair-accessible vehicles are rare both in the traditional taxi system and through rideshare services, traditional taxi companies are required in many cities to make some of their vehicles wheelchair-accessible. Companies like Uber and Lyft have no such obligation.

Uber and Lyft have both made their apps compatible with text-to-speech tools for the vision-impaired. Uber has also partnered with the San Francisco non-profit LightHouse to identify new ways to serve blind and visually impaired customers. And Lyft has hired a consultant to advise it on disability-related issues. Summon, a smaller company operating only in the San Francisco Bay Area, this month introduced a financial incentive for drivers with wheelchair-accessible vehicles to pick up customers in wheelchairs. A Summon driver ordinarily keeps 80 percent of a given fare and pays the remainder to the company. Rides given to handicapped passengers now fetch the driver a higher portion of the fare; a spokeswoman declined to specify exactly how much. Wingz, another small Bay Area startup, which specializes in airport trips, goes even further: CEO Geoff Mathieux, told me the company makes no money at all on rides given to customers in wheelchairs. The driver is allowed to pocket the entire fare to encourage her to seek out such passengers in the future.

But even the basic concept of “wheelchair accessibility” has several shades of meaning. When I asked an Uber spokesman, Lane Kasselman, if the company had the capacity to transport passengers in wheelchairs, his first response was to point out that all Uber vehicles can accommodate folding wheelchairs, which has likely been a boon to senior citizens and other customers with moderate mobility. But what about passengers in larger, heavier wheelchairs, who can’t easily move from those chairs to a car seat and back?

Some companies have a limited number of lift- or ramp-equipped vehicles in their vast networks, but so far no transportation network company has a systematic way to ensure that such vehicles will be available when and where customers in wheelchairs require them. A Lyft spokeswoman, Erin Simpson, explained to me that it’s a “unique challenge” for peer-to-peer rideshare outfits like Lyft and UberX to bring wheelchair-accessible vehicles into their networks “because these are people’s own cars that they use in everyday life to drive around.” Not many people drive accessible vans.

Uber, Lyft, Sidecar, Summon, Wingz, and Hitch laid out accessibility plans in documents submitted to the California Public Utilities Commission last winter as the state became the first to regulate ridesharing services. But Marilyn Golden, a senior policy analyst at the Disability Rights Education and Defense Fund in Berkeley, California, said the documents were “all talk,” designed “to get around the objections raised by city councils who are trying to regulate them.”

Kasselman, the Uber spokesman, says that such criticisms “sound like arguments being made by the taxi industry, who has for a long time failed the disabled in their ability to actually provide service.” Kasselman told me that in March Uber launched a pilot program in Chicago in which wheelchair-accessible taxis operated by third parties – yellow cabs in the traditional, medallion-based system – will appear in the Uber app whenever the company’s own network can’t supply wheelchair-accessible vehicles. It’s an impressive, and needed, initiative, but it’s off to a slow start: So far it includes only a handful of independent drivers not affiliated with Open Taxis, the central dispatch in Chicago responsible for nearly all of the city’s wheelchair-accessible cabs.

So long as Uber contracts wheelchair-accessible vehicles through third parties, it is just providing another way for passengers to contact the existing fleet of accessible cabs. Marca Bristo, president of the Chicago disability advocacy group Access Living, told me her organization pushed for an increase in accessible cabs in Chicago partly because she expected companies like Uber to integrate them into their apps. “We don’t have enough accessible vehicles already, and now rideshare companies and cabs will both be using the same fleet, and it will be insufficient to meet the demand,” she said.

One alarming side effect of the transportation network companies’ rapid rise is that, in some cities, it could result in an overall decrease in taxi options for wheelchair users. These startups, which are mostly unregulated, are recruiting drivers aggressively and luring experienced cabbies who hope to earn more working for Uber or Lyft than they do in a yellow taxi.

Rosenbloom said it’s “always” been hard to keep those vehicles on the road. Passengers in wheelchairs can take time getting into and out of a vehicle – enough that some drivers are inclined to avoid them. Golden acknowledges that traditional taxis have their own problems with discrimination, but sees a crucial difference: “At least taxis are regulated, and when there is discrimination, something can be done about it. When there is no regulation, then nothing can be done about it.”

Wheelchair access isn’t the only issue, either. Marilyn Golden, of the Disability Rights Education and Defense Fund, told me she’s heard of many instances in which rideshare drivers decline to allow a service animal in their vehicles. (The ADA explicitly states that all taxis must open their doors to service animals.) Representatives at Uber and Lyft, as well as at Sidecar, Summon, and Wingz all told me the companies have made it clear to their drivers that guide dogs and other service animals cannot be turned away.

Then there’s the rating system. “If the drivers simply say, ‘Passenger slow to board,’ … other drivers may not give me rides,” Golden said. “But since nothing was mentioned about my having a disability, any screen that the companies put in place to find discriminatory statements will not pick that up.” (A new taxi ordinance in Chicago requires companies with rating systems to give disabled passengers the opportunity to opt out of being rated by their driver.)

Accessible transportation need not be a marginal service: London’s taxi fleet is 100 percent wheelchair-accessible. New York has plans for a fleet in which a reasonably impressive 50 percent of cabs would handle wheelchairs by 2020, but the rest of the U.S. lags far behind. As cities work to bring these transportation startups into their sphere of regulation, I hope they’ll keep the needs of the disabled community in mind.