Headlines are back after a brief vacation. Here’s a quick recap of what you missed:

1.) There is still a presidential election in November and you still have thousands of mind-numbing political ads to be subjected to.
2.) The news media has nothing better to cover than the alleged sexual three-way of the former N.J. governor.
3.) J.P. Morgan bought Bear Stearns for two dollars a share showing that companies can now merge together with the help of a script writer and coreographer.
4.) A tornado ripped through Atlanta.
5.) The nation was shocked when New York governor Elliot Spitzer was discovered to be using the services of a (gasp) prostitute – crossing the fine line of politics and ethics which sent the media and an entire civilization into a frenzy.
6.) St. Patrick’s Day gave millions of Americans a reason to drink other than the state of the economy and primetime television.
7.) There is still violence in Tibet. The Chinese are still killing Tibetans. The Tibetans are rioting. The Dalai Lama may resign as Tibet’s head of state. America and CNN thinks N.J. governor three-way story is more important.

AND NOW, the new news…

Public Airwaves are in Trouble

Yeah… This is Bush. Yeah… the Airwaves are Owned by the Public. Yeah… You should probably look into it. Las Vegas Sun reports: “Federal funding for public television and radio would be cut in half in 2009 and 2010 under a budget proposal President Bush issued last month. The sweeping cuts would slash $200 million from the $400 million Congress has allocated for the Corporation for Public Broadcasting in 2009 and cut $220 million from the $420 million Congress planned to allocate in 2010. In addition, Bush has proposed eliminating any extra funding in 2009 to help public television pay for converting to digital transmission, a conversion that is federally mandated for all TV broadcasting stations.”

Thank goodness we have Google looking after us, videotaping us, guiding us, protecting us from less Googly monopolies. Reuters reports: Google Inc, the world’s leading search engine, said on Monday it was concerned about the free flow of information on the Internet if Microsoft Corp were to succeed in acquiring Yahoo Inc. Last month, Microsoft proposed buying Yahoo in a deal originally worth $44.6 billion, but Yahoo’s board has rejected the offer, saying it was too low. “We would be concerned by any kind of acquisition of Yahoo by Microsoft,” Chief Executive Eric Schmidt told reporters. 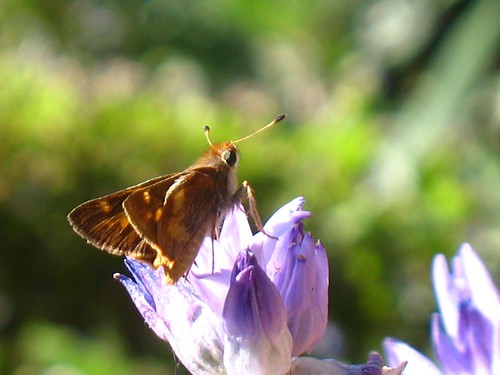 Newsdesk.org reports: “The nine-county San Francisco Bay Area is now on a federal quarantine list — to which Mexico has added Los Angeles and Napa counties — as state agricultural officials ponder a massive pesticide campaign to combat the light brown apple moth. There are billions o
f dollars at stake, especially if the moth spreads into California’s agricultural heartland in the Central Valley.”

An important story for couples considering adopting from East Asia. Agence France-Presse reports: “This is the first time we have caught a human trafficking syndicate in a case where the baby was still in the womb,” the police officer told Agence France-Presse, speaking on condition of anonymity. Authorities believed the gang bought Vietnamese baby girls for $500 each and boys for $1,000 and sold them for about twice that amount, the police officer told AFP.”

Czech Government Study Acknowledges that Gypsy Women Were Forced to be Sterilized.

On top of this horrific news, Gypsies claim that this practice continues. Newsdesk reports: “[Sterilization] was by no means a national policy, but errors [were] committed by individual medical facilities,” said Jaroslav Strof, the Health Ministry’s director of healthcare and pharmacy, in an e-mailed statement. Yet the Czech government’s independent ombudsman, Otakar Motejl, released a detailed report last year charging that “potentially problematic” sterilizations of Roma women have been public knowledge for more than 15 years. In the report, Motejl identified dozens of cases of coercive sterilization between 1979 and 2001, and called for criminal investigations and possible prosecution against several health care workers and administrators.”