What Will Be the Fate of the Livable Communities Act? – Next City

What Will Be the Fate of the Livable Communities Act? 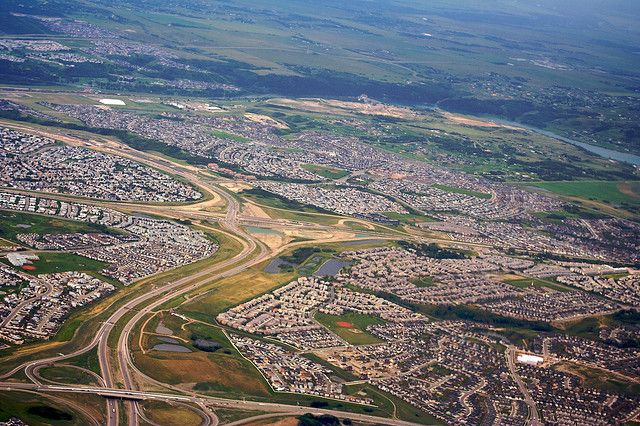 The Livable Communities Act faces an uncertain future following the mid-term elections, with a more conservative and decidedly cost-conscious new Congress taking office in January. The bill, which would grant some $4 billion dollars to communities for comprehensive planning, passed in the Senate Banking Committee last August but has not been taken up by the full Senate, nor has it made any progress in the House. According to a source close to senator Chris Dodd (D-CT), the sponsor of the bill, time has all but run out and the bill will likely have to be reintroduced next year. If passed, the Act would fund plans that align transportation, housing, energy, and environmental policy goals – or simply, plans to shorten commutes and make houses more affordable, while decreasing dependence on cars and making communities more environmentally sustainable.

The bill cites a litany of findings on how suburban sprawl is both wasteful and out of step with the growing preference of Americans for walkable communities. Among these findings is that between 1980 and 2000, the growth of the largest 99 metro areas in the United States consumed 16 million acres of rural land—or about an acre for every new household. The bill also describes an ineffective housing market in which demand for living space close to public transit far outstrips supply. The urgency of this shortage is highlighted by the graying of America: by 2025 a fifth of the population will be 65 or older, in a stage of life during which they may not want or be able to drive.

The bill’s strategy for addressing these issues is to selectively support plans that alleviate the scarcity of transit-oriented development, encourage density, and decrease the negative impact of development on the environment. Governmental or community organizations that are interested would be eligible for Comprehensive Planning Grants ($475 million available over four years) to develop actionable plans. The larger Challenge Grants ($2.2 billion available over three years) would provide capital for such plans to be implemented. Overall, the Act’s goal is to encourage planning that recognizes the interdependence of housing policy, transportation options, economic development, and environmental protection.

In its current form, the bill offers incentives and is without any punitive measures or prohibitions, despite several shouts to the contrary online. Overall, it seems carefully calibrated not to arouse opposition or threaten anyone whose conception of “livable” might differ from the kind of living encouraged by plans the bill would likely fund. Naturally, what is “livable” can be endlessly debated, but what is certain are the realities of scarcity, consumption, and environmental impact. The bill notes that less driving is “a necessary part of the energy independence and climate change strategies of the United States” and has uncontested data on its side: the Department of Energy reports that transportation accounts for 70% of the petroleum consumed in the United States, which is among the very least efficient uses of fossil fuels.

The opposition to the Livable Communities Act focuses on two areas: the impact of smart growth strategy on housing affordability and, more generally, government spending to influence development of one type over another. Wendell Cox, a critic of the bill and author of War on the Dream: How Anti-Sprawl Policy Threatens the Quality of Life, maintains that smart growth strategies restrict land use and inevitably drive up the cost of housing. He asserts that typical “so-called livable” policies force housing prices up by prohibiting development on available land and requiring excessively large suburban lot sizes. In part, research by the Brookings Institution Center on Urban and Metropolitan Policy concurs: large suburban lot sizes are found to drive up housing costs and tend to be exclusionary, but they are not “typical” of smart growth policies, and not in line with the criteria for plans the Livable Communities Act would fund. More importantly, the research concludes that “market demand, not land constraints, is the primary determinant of housing prices.” Growth management policy or “smart growth” tends to mandate a mix of housing types in contrast to the more common zoning that requires low-density-only development, large minimum house and lot sizes, and bans against attached or cluster homes. In terms of influence and spending, the Livable Communities Act is designed to counteract regulations that already are or have been in place; as has been argued, government has actively set the stage for suburbanization through significant investment in highways and the promotion of home ownership.

Kate Rube, the Policy Director at Smart Growth America, a non-profit advocacy group based in Washington D.C. explains that “there’s nothing about this bill that should make it a liberal or progressive issue; fundamentally, the Livable Communities Act is designed to help make regions and communities more economically competitive and the federal government’s programs (DOT, EPA, and HUD) less siloed.” This claim is supported by the activities already underway at HUD, within the recently created Office of Sustainable Communities. The office is essentially a pilot program for the Livable Communities Act, granting funds with the same criteria.

As of mid-October, nearly $100 million in these grants have been made to 45 regional areas, funding a variety of initiatives on local to regional levels related to transportation, environmental protection, and housing development. They include:

-$3 million to an organization in Colorado to implement transit-oriented development programs, with the expected effects of doubling the number of affordable housing units near Denver’s west side transit stations, encouraging 55 acres of infill development near train stations and bus corridors, and the engagement of thousands of low-income and non-English speaking residents in the planning process.

-$820,500 to the Apache/Navajo Counties Regional Sustainability Consortium in Arizona to coordinate the efforts of three separate Tribal Nations in promoting sustainable land use and infrastructure and economic development to improve living conditions.

-$1 million to the City of Tampa, Florida to develop a master plan for a high-speed transit corridor, with the expected benefits of increased density, the expansion of bicycle and pedestrian networks, and an overall reduction in the number of vehicle miles traveled per resident.

These projects provide a preview of what kind of initiatives will be favored by the Livable Communities Act, if passed. Notably, the bill has already been altered since its introduction which may be a sign of things to come: the bi-partisan banking committee amended it to expand eligibility to smaller communities, make its funding national-debt-neutral, and require greater performance measures. At the moment the bill’s fate is unclear, as it will likely be modified and reintroduced in the new year. But for the near term HUD will continue its funding and may generate results that will influence how legislation like the Livable Communities Act will fare in the future.