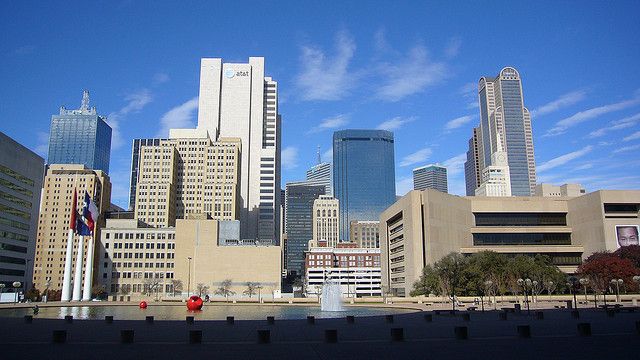 Uber, the app-driven get-a-ride company, is facing legislative battles across the country, as readers of a forthcoming Forefront story on the topic will soon know in great detail. Generally speaking, some in the taxi and limo business have complained that Uber competes unfairly, or puts passengers at risk. But one of the more interesting of these fights, and one that will shape how Uber continues its march across the U.S. and beyond, is happening in Dallas.

What Happened? Uber launched its sedan-class service in Dallas in September 2012. When summertime came, Dallas police launched a crackdown on Uber drivers. Since there hadn’t been, as far as can be known, accusations that any riders were damaged by their Uber experience, some people thought that dispatching vice cops to issue 61 different citations to 31 drivers was a little much. The Dallas Observer’s Brantley Hargrove has a great deep dive into that background. Then, on August 23, there was an ordinance inserted onto the “consent agenda” of the Dallas City Council for a meeting scheduled on August 28. That’s the slate reserved for uncontroversial items.

Item No. 5, on the other hand, would have launched a direct assault on Uber, imposing a minimum fare on sedan service, requiring a 30-minute wait time between requesting a car and getting one, and prohibiting the use of any device to figure out fares. Uber fluctuates its fares, aims to appear instantly, and is powered by smartphones, so this would have given it a major problem. Uber, as is its wont, launched a social media savvy campaign to get rid of the bill.

What Now? With Item 5 off the agenda, focus turned to how it got there in the first place. Interim City Manager A.C. Gonzales and Assistant City Manager Joey Zapata were said to have worked with Dallas’ Yellow Checker Cab on both the summer crackdown and the bill. In September, Mayor Mike Rawlings tasked former Dallas District Attorney Bill Hill to look into it.

Hill’s report was expected to be ready October 16, but Rawlings recently said that it won’t actually be ready until Wednesday. Councilmember Philip Kingston has criticized the delay, asking, “Is it being put into a pretty PowerPoint?” There’s also a fight within a fight over whether to make the report public. Moreover, some on the city council are pushing for Rawlings to name an independent investigator, saying that he’s too close to oversee the investigation fairly.

Who Cares? Uber has embraced the idea that it’s the victim of collusion and protectionism nearly everywhere it goes. That angers officials, but it helps the company tie its coast-to-coast battles into one compelling narrative. And Dallas? Well, Dallas has a well-deserved reputation for catering to entrenched business owners. If Hill’s report proves that Uber was indeed unfairly targeted there and still won, that’s an asset that you can bet Uber will use in its ongoing fight. Stay tuned.