What the People Had a Hand In: Discussing Leo Hollis’ ‘Cities Are Good for You’ – Next City

What the People Had a Hand In: Discussing Leo Hollis’ ‘Cities Are Good for You’ 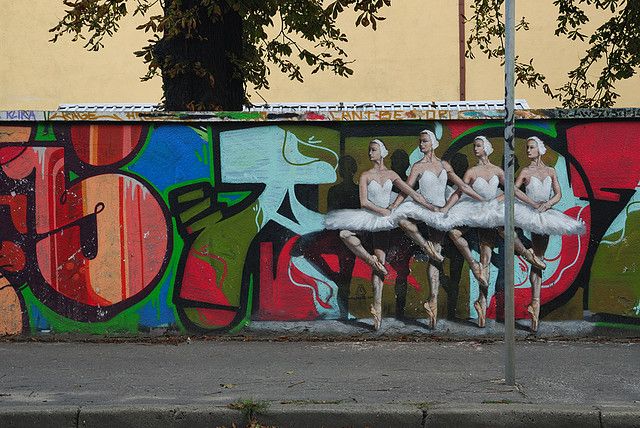 The idea of the “street ballet” figures prominently in Hollis’ argument. Credit: Radosław Kut on Flickr

The first time Next City invited an urban expert to discuss a book, it was Brendan Crain, communications manager for the Project for Public Spaces. He’s now also the first person we’ve invited back — this time, to follow up on my review of Cities Are Good for You: The Genius of the Metropolis by Leo Hollis.

Hollis’ book focuses on how cities function best when community members take an active role — or even the lead — in solving local problems. It’s an area in which Crain has extensive experience. We invited him to discuss community-oriented problem-solving in the context of Cities Are Good for You.

Next City: When writing about Hollis’ new book, I struggled to find a big idea. It seemed like he wanted to find a larger point, but really he just went and looked at a bunch of “good stuff” and wrote about it.

Brendan Crain: I felt like I was reading about three years’ worth of truncated snippets from my Google Reader. It was the broadest possible overview of contemporary urbanism — which, I felt, made it difficult to follow, even though there is a lot of really interesting information in the book. And, if there is a central point, I think I agree with it.

NC: What was the point that you think you agree with?

Crain: It seemed to be that cities are ultimately better at mixing people and advancing human progress. He touches on agency pretty frequently — how people in cities are better positioned to organize and assert their right to be part of decision-making processes.

NC: You mean people in cities are better positioned to do it than folks in more rural or otherwise less concentrated areas?

Crain: But I think the main missing link for me was that I never felt like he bridged the global forces shaping mega-regions (which he talks about a lot) with the stuff that makes cities feel vital and interesting on a local level. The street ballet.

NC: As I wrote in my review, I thought the street ballet was his central idea. That everything needs to arise from the street level, organically, grassroots-y. How would you bridge the grassroots with the global forces? And what do you see those global forces as?

NC: The irony there is that globalization, it seems, is all about making money, profit and consumerism. On some level, if it’s also a force that drives people to cities, it sort of shoots itself in the foot. Because one thing Hollis shows well is that living in cities has a way of lowering one’s consumption, in certain ways. Though maybe you make up for it in buying more expensive things. I don’t know. But it decreases your footprint.

Crain: Lowering consumption is not one of the major forces driving people into cities around the world.

NC: No, of course not. It’s a byproduct of a global trend. And maybe it isn’t even a byproduct. All we really know is it lowers your carbon footprint, which isn’t necessarily the same as consumption.

NC: Let’s take one of his more extreme cases. Hollis sings the praises of the Mumbai slum of Dharavi. It was surprising, for me, to read someone of a progressive bent effectively singing the praises of such an insanely concentrated place. I get what he’s saying: That it has very strong community and when you put it all together, it generates a lot of economic activity.

Yet when you break that activity down by income per person, it’s not very much. I checked his numbers against other sources — they are naturally quite hard to track — but his numbers for the GDP of Dharavi are optimistic. After reading about Mumbai in Daniel Brook’s book A History of Future Cities, which we covered a while back, I understand that it’s a place where capitalism is totally run amok. You only get the city services you and your neighbor can afford to pay for. But Hollis seems to say that policymakers should emphasize just letting Dharavi be Dharavi. Leave it all alone. Leave it as is.

[Scott] Burnham reminded me that trust was not a building; it was not bricks and stones; instead it was the sharing of the process of building that created and nurtured trust.

I think that idea is pretty key. And it’s sort of at the heart of a lot of the thinking around placemaking, as a practice. That people are more likely to care for and about things that they have a hand in creating. To relate that back to Hollis’ argument, he presents the street ballet as a way that people participate in creating the life of the city, but that ballet is a pretty passive form of participation, I think. I doubt that many people walk around their neighborhoods thinking, “I am creating the life of my city right now by waving to my neighbor.”

But I got the sense that Hollis wanted to suggest that there was more of a connection there. Of course, he also talks about a lot of active forms of participation. And maybe the point is more that the passive participation in street life is what leads to active participation

NC: I think that’s right: That when there’s a strong passive participation that folks are more able to be active, that the blood vessels of community are there.

Crain: Well, they’re just more likely to be pushed into active participation. Or maybe not pushed. A lot of community involvement, in my experience, comes from necessity.

NC: When I was a community organizer, that was the whole thing. Find the people everyone listens to. Get them to tug people on the issue you are working on. It was even better if those folks set the agenda first and you just prodded them to work on a thing they already said was on their mind.

Crain: There is the example in Mumbai, of the group SPARC. It was profiled in the last book I reviewed for PPS (along with Mahalia Milan), Handmade Urbanism. It was the group that got so fed up with the dilapidated state of a public toilet that the whole neighborhood shared, that it just started making improvements. It added classrooms and a garden. And that nudged people toward taking better care of the facilities

NC: It’s a lot of like the whole “guerilla gardening” thing here or the other group Hollis profiled, The Ugly Indian.

Crain: A lot of the “lighter, quicker, cheaper” types of interventions that are happening in the U.S. are coming from a place of frustration. People getting fed up with inaction, or bureaucracy, and going out and painting their own crosswalks. One of my favorite examples was in my own neighborhood here in New York, where someone built a little wooden bridge over a spot in a busy sidewalk that was always flooded by a drainage pipe. Within a few weeks the city actually came in and fixed the problem.

NC: There’s an extreme example that the New York Times profiled a while back in Chicago. Of a fellow who’s going into homes held by banks in foreclosure, fixing them up and moving people in. Because blocks are better off when people live in all the homes. It’s really radical, but they have so many empty homes in some parts of the city that the neighbors are often thrilled about it.

NC: Yet, ironically, they are wrecking the value of other homes they probably made loans against, so they are weakening their own position in the medium term, though they might not be able to see that yet.

Crain: Because owning thousands of properties in unlivable neighborhoods isn’t going to make them any money

Crain: That’s what the book left me wondering: Where is the connection? I wasn’t sure what I was supposed to come away with.

NC: You mean, in that Hollis seemed to be singing the praises of globalization’s tendency to move us to cities, but at the same time globalization does a lot to undermine community and solidarity?

NC: He says many times in the book that trust is decaying. Do you agree?

Crain: I’m not sure whether I agree or not matters, but I will say that the governance systems we have don’t really seem geared toward inspiring trust, at least not in the U.S. Government is often seen as being very opaque, and if you look at what passes for “engagement,” it’s usually pretty sad. Take public space as an example. The primary mode of “public engagement” around public space these days seems to be, “Here are a few choices we designed. Do you like A, B or C?” The engagement is happening after most of the decisions have already been made.

NC: It seemed to me though that Hollis was talking about trust between people, not so much between people and government. Seems like the latter would be pretty easy to quantify.

Crain: Everyone has an interest in how the streets and parks and squares in their neighborhood are to be used, so these spaces offer a platform for discussion amongst neighbors. A way to build social capital. People are government. Or rather, government is just the system that dictates the rules of engagement between people in a given place.