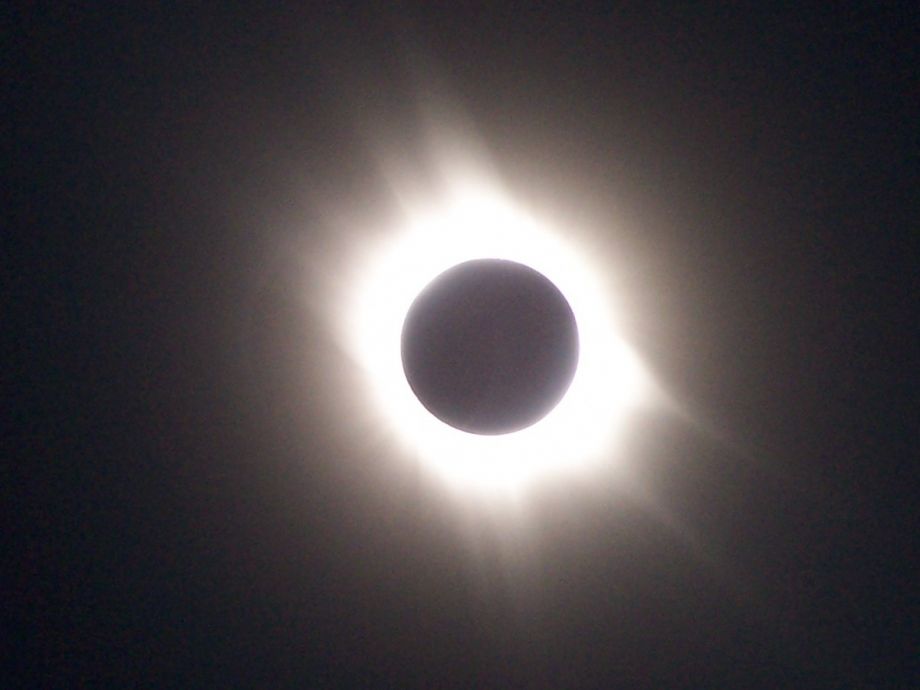 On August 21, California is expected to lose enough solar energy to power a large city. But don’t blame the utility companies. This time, it’s the moon’s fault.

That August Monday is the date of a total solar eclipse, when the moon will pass between the earth and sun. As the moon’s shadow passes over North America, it will knock out roughly 70 megawatts a minute, according to Quartz, which is two to three times faster than a normal daily drop. The California Independent System Operator has a handy report with more details regarding the shadow’s expected impact.

That’s not unmanageable, but it has prompted US utilities from California to North Carolina to look for a solution to a new problem: managing grids increasingly reliant on solar power.

California uses about half of U.S. solar capacity — 10 percent of the state’s grid is reliant on the sun, up from .4 percent five years ago. That will mean a 6,000 MW shortfall during the eclipse, roughly enough to power Los Angeles. 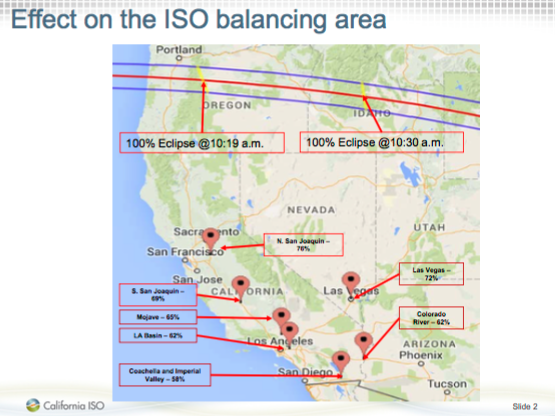 As the California number demonstrates, clean energy is soaring in the U.S. The country’s renewable sector is now responsible for about 3 million jobs. An increasing number of cities (and Hawaii) have crafted 100 percent renewable targets. San Francisco, which plans to have 100 percent renewable energy by 2020, passed a mandate last year requiring all new buildings to have solar panels on their roofs.

Despite all that, President Donald Trump has named Dan Simmons, an “opponent of policies meant to promote renewable energy,” according to The Hill, to head the renewables office at the Department of Energy.

“Simmons formerly worked at the Institute for Energy Research, a self-styled, free-market energy think tank that is funded largely by fossil fuel interests,” the Hill reports, adding that the department he will lead, the Office of Energy Efficiency and Renewable Energy (EERE), “had an aggressive agenda focused on grants, research and development, promotion and other efforts to reduce the costs of renewable energy and efficiency technology and get it into the market,” under former President Barack Obama. It was “at least somewhat responsible for a dramatic drop in the costs of solar power technology during the Obama administration, along with a major increase in solar deployment.”

It’s unclear what Simmons’ appointment will mean for the future of renewables, though many cities have made it clear that the proverbial ship has sailed on fossil fuels. Silver lining: Petroleum won’t be affected by the shadow of the moon. But it might drive humans off the face of the Earth.