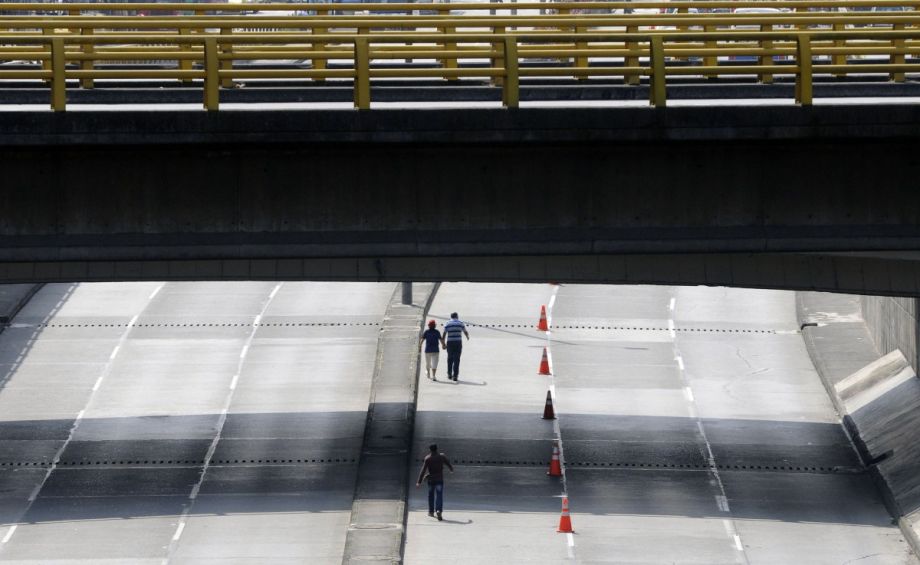 At a Tuesday keynote address during World Urban Forum, Inter-American Development Bank president Luis Alberto Moreno warned that 80 million new cars will invade Latin American cities in the next dozen years. Is there room? Already, my most negative impression of Medellín is its deference to cars. The city looks suspiciously like highway-mad São Paulo with more extreme topography — high-rise gated condos and shopping malls sprout along the verdant hillsides. Indeed, informal settlements often get the rap for despoiling green areas at higher elevations, but here the rich are clearly just as much if not more to blame.

Granted, it was a breath of fresh air to learn that a recently published mobility survey by the São Paulo government shows that car use is declining in the Brazilian mega-city and domestic production of cars has dropped by 17.6 percent in the last year. But with Latin American cities already at rush-hour capacity, this sounds like shutting the tap to a trickle when the glass is already overflowing.

Curious to get some feedback from experts on hand, I strolled over to the Partnership on Sustainable Low Carbon Transport booth and asked about Moreno’s clarion call warning. Santhosh Kodukula, EcoMobility program manager at partner organization ICLEI (Local Governments for Sustainability), took up the challenge. “As long as cars are faster,” he said, “people won’t shift.” But having lived in Bangkok, where walking is faster than driving at rush hour, he said that kind of scenario can push people out of their cars — provided there is an alternative.

Medellín has pursued both strategies, from improving its public transportation system to instituting a round-robin system where cars can’t drive on certain days depending on the last character on their license plate. Yet the problem still seems far from solved. “Just because it’s not going to happen overnight doesn’t mean you shouldn’t invest in those solutions,” Kodukula said. “You just have to remind automobiles that they aren’t kings of the road.” Personally, he noted that he had developing-world expectations of Medellín’s mobility situation and has been pleasantly surprised, especially by the amount of bikes on city streets.

With WUF wrapping up and a free weekend ahead of me, I can’t wait to put Medellín to the car-free test, especially with the city’s Car Free Day looming on April 22.