New Species of City Discovered: The University City – Next City 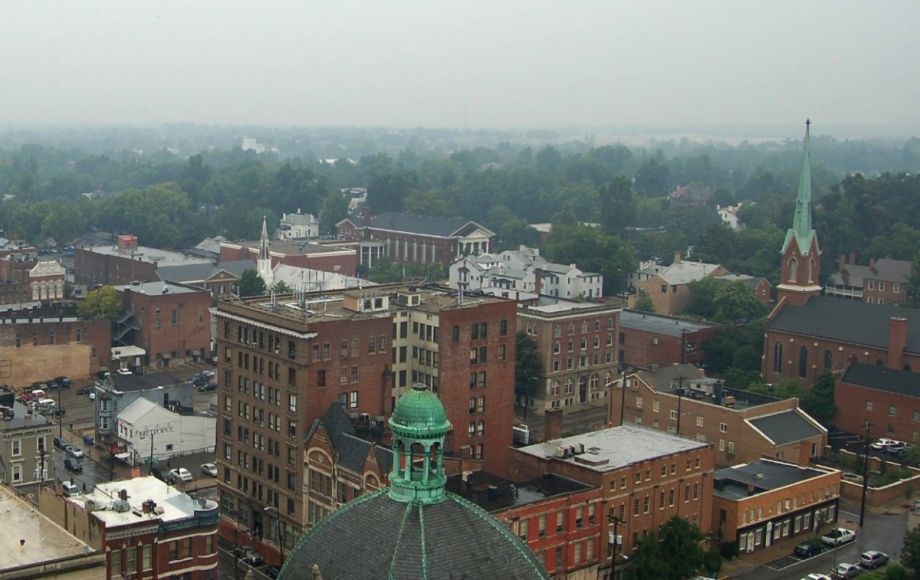 Post-industrial City. Metropolis. Border Town. Tourist Mecca. We like to classify our cities, giving them labels that signal what makes them tick, why they’re special.

Now, data suggest there’s another urban typology to add to the list: The University City.

Senator Daniel Patrick Moynihan once said, “If you want to build a great city, create a great university and wait 200 years.” And yes, from Philadelphia to Chicago, there are certainly neighborhoods defined by, even, arguably, improved by their anchor institutions of higher learning. But up until now, the University City hasn’t been thought of as a discrete species.

So what is a University City? In Lexington, Kentucky, a city of 300,000 — and home to the University of Kentucky — Mayor Jim Gray’s office is working to answer that question. (I’m a senior adviser to the Mayor.)

Why seek a solid definition? For one, deeply understanding one’s city type should be at the core of a city’s long-term strategy, informing land-use planning, workforce development efforts, economic development initiatives and, of course, budget priorities. There’s both comfort and inspiration in looking at peers, cities that, data show, are true analogues.

What we’ve found is six metros that have leapt from college town status to a University City. They are: Madison, Ann Arbor, Fort Collins, Durham-Chapel Hill, Lincoln, and Lexington. We asked Arnold Stromberg, chairman of the statistics department at the University of Kentucky, to conduct an analysis of all cities with a population and MSA between 250,000 and one million, across a range of data sets.

Those six, clustered together, suggest that they are more similar to each other than to other cities. University Cities share a naturally occurring constellation of characteristics that position them perfectly for the knowledge economy. In other words, all of them have an Austin-y upside that is theirs to lose.

Each of the six cities has a diversified economy around a major research university in its urban core and has college students making up at least 10 percent of its population. These cities have populations now large enough to leverage — in ways that are not always obvious — the talent, investment, innovation, ideas, openness, culture and entrepreneurialism that naturally surround large institutions of higher education.

The data show that in many ways, University Cities have the vibrancy of the nation’s largest cities, mirroring their high rates of educational attainment and new business starts, their economic growth coming out of the recession, and their high rates of arts and cultural institutions per capita. But they differ from the largest cities in their low cost of living, their low unemployment rates and their low violent crime rates.

In particular, the high rate of individuals with bachelor’s degrees or above in University Cities (42 percent compared with the national average of 29 percent) has a range of network effects. Studies have shown that higher educational attainment rates drive lower unemployment as well as higher incomes — both for those with bachelor’s degrees and, somewhat less straightforwardly, those without them. And it drives demand for arts and culture that translates into a rich set of entertainment options for local residents. In fact, University Cities have 26 percent more arts and cultural establishments per thousand than the average of the nation’s 15 largest cities.

There are other cities that come close. Fantastic college towns like Ithaca and Athens match many of the statistical trends, but their size prevents them from having an economy large enough to absorb and leverage the talent from their research universities. Syracuse also tracks some (though not all) of the trends and criteria. Towns like Boulder and Bloomington could be well on their way to growing into University Cities. And Austin has become too large, creating a much-publicized traffic nightmare, but also shedding a crucial common trait of University Cities: an incredibly low cost of living.

That low cost of living in University Cities nearly perfectly compensates for the higher salaries in the nation’s biggest cities. Put another way, if you adjust salaries for cost of living, the median salary in a University City is $45,218 compared to $45,904 for New York, Boston and the nation’s 15 largest cities. And if you believe the recent analysis from Nate Silver’s FiveThirtyEight site, median incomes in college towns and university cities are dramatically underreported, with the outsized number of students classified by the Census Bureau as low-income households. In Lexington, the article notes, the median income with students excluded would be $3,000 higher.

So it seems that University Cities offer big-city living in the ways that matter — culture, salary and economic vitality — but with low crime and a low cost of living. Sounds good, right?

But before University Cities pat themselves on the back too hard, they should be reminded that this was not part of some grand strategy for utopian city building. In fact, the six cities were weak players in the industrial economy, with a general lack of extractable resources or access to navigable waters. And they may not be able to compete globally in whatever happens to be the next economy. But for right now, the existence of a major research university turns out to be the right stem cell with which to build a 21st-century knowledge-economy city.

A recently published op-ed in the New York Times from Seth Stephens-Davidowitz, a Google analyst and Times contributor, provided its own kind of confirmation that something interesting is happening in University Cities. Stephens-Davidowitz looked at the Wikipedia pages of the “top 150,000 successful individuals” and found that their counties of birth correlated with “university towns and urban areas.” In fact, four of the six University Cities — Durham, Lexington, Madison and Ann Arbor — are in his top 3 percent for churning out successful individuals per capita.

This new species of city is interesting in part because it is difficult, although not impossible, to replicate. The striking similarity of the data points among University Cities — and their distinction from other cities of similar size, larger cities and the nation as a whole — suggests that the outcomes naturally result from a city growing up around a major research university. Non-University Cities can invest in, say, more police to lower the violent crime to University City levels. Or they can choose to fund a dramatic rise in the number of arts and cultural institutions to University City levels. Or they can focus on attracting young degreed talent. Or they can dial up their startup culture and focus on raising employment rates. But it would be difficult to invest in more than one of these successfully.

In University Cities, all these effects happen organically.

So if University Cities are swirling cocktails of talent, ideas, culture and innovation, served at a discount and built just right for the knowledge economy, you may be thinking about moving your family or business to one. Already, population growth in University Cities is double the national average over the past decade. But if too many follow that path, the University Cities will start looking more like Austin, home of the University of Texas. More people moved to Austin than any other city between 2010 and 2013. The result is one of the most robust economies in the country. But along with that comes too much traffic and too little affordable housing. If those are some of the trade-offs that may confront University Cities, it’s time to start planning for them with a new degree of intentionality. Or perhaps some cities will want to head in a different direction to intentionally limit growth. But they will need to choose … and plan.

Scott Shapiro is a senior adviser to Mayor Jim Gray of Lexington, Kentucky. He recently started the University Cities blog.