What If Your Job Could Be Your Credit Score? – Next City

What If Your Job Could Be Your Credit Score? 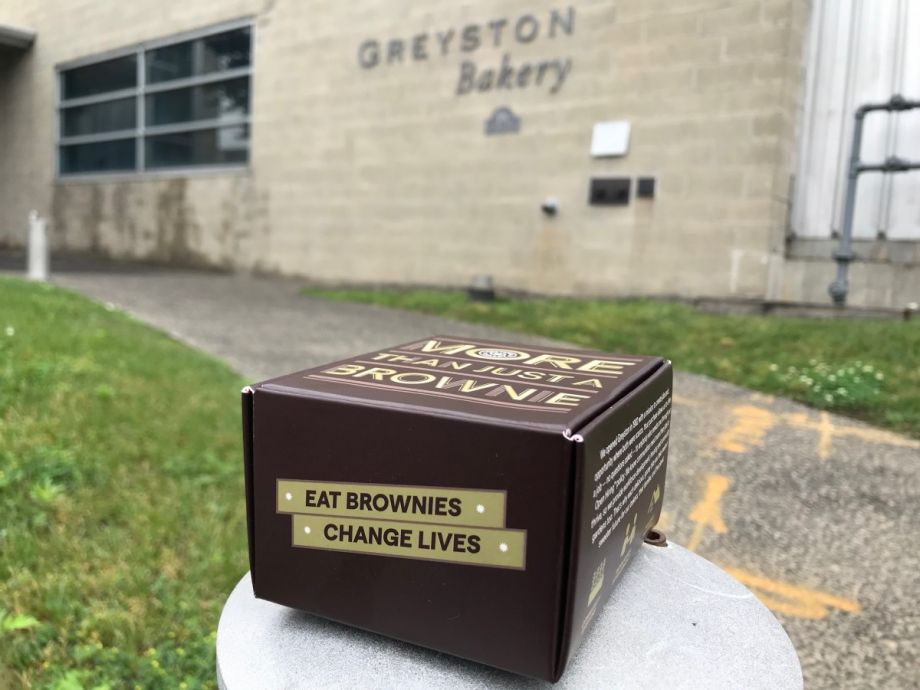 You may not have ever heard of Greyston Bakery, in Yonkers, New York, but if you are a fan of Ben & Jerry’s Brownie Batter Ice Cream, you know its brownies.

You may also be surprised to know that the workers who bake those brownies in 12-hour shifts, 24 hours a day, five and sometimes six days a week, all came through an open door hiring process — no questions asked, no drug test, no credit check. Not even an interview. Founded in 1982, the bakery was recently featured in the New York Times for its open hiring policy, which has given a second chance to many with a criminal record or other barriers to employment for more conventional businesses.

Anyone who needs a job can come to Greyston, put their name and contact info on a list, and when there’s an opening, they get a call to come in and begin paid training immediately as part of a six-month apprenticeship. As head of human resources for the bakery, Abigail Saunders made that first call to many of the current bakers at Greyston.

With nearly three decades of experience in HR, Saunders has been through a lot, but nothing like she has since joining Greyston in 2015. She’s helped employees experiencing homelessness find housing, and spends more time away from her desk — coaching and spending time with workers out on the bakery floor — than any other job she’s had before. Attendance is the biggest issue, often connected to trouble outside the workplace, often housing or healthcare. A few years ago she brought in a social worker to help her colleagues navigate such challenges.

The newest addition to Saunders’ HR toolset: emergency loans for employees. Through a partnership with a local bank, Greyston Bakery employees, including management, can access personal loans up to $2,500 with no credit check required. Repayments come directly off the employee’s paycheck. The program is open to employees who have been at Greyston for at least one year. About 30 of Saunders’ colleagues have used the program since Greyston formed the partnership in 2018.

“A lot of HR professionals don’t understand financial problems at home might affect performance,” Saunders says. “The process is very painless. For whatever they need, it’s great. One of the employees took a loan out to help out a family member.”

The loans come from nearby Spring Bank, the only bank based in the South Bronx. Since launching this program for employer-based loans in 2015, it’s made a thousand of these loans through more than twenty employers including nonprofit organizations, local businesses, and Jetro Restaurant Depot, a major wholesale supplier for bodegas with 3,000 employees throughout the New York City area. The average loan size is around $2,100.

Spring Bank’s employer-based loan program is just one example of a larger trend bubbling up across the country. Recognizing the scourge of predatory payday lenders and other alternative financial services providers weighing down on employees, companies are offering employer-based loans as an alternative. You don’t need a credit check. Just a job.

There’s platforms like TrueConnect, which has more than a thousand companies on its employer-based loan platform. The structure is similar: Employees take out a small loan from a bank (in TrueConnect’s case, it’s Twin Cities-based Sunrise Banks), and repayments come directly out of the employee’s regular paycheck. Billed as a competitor to payday lenders, which often charge as much as 300 or 400 percent annual interest, TrueConnect charges 24.9 percent — still higher than most credit cards, but more accessible to people who may not qualify for a card.

One critic told the Los Angeles Times that employer-based loan programs and other “financial wellness benefits sound pretty gimmicky and of dubious value to workers, and sound more like employers wanting to continue not offering wage increases to attract workers.”

Higher wages would certainly help workers at all levels, but they’re not a guarantee against the unforeseen. Some 60 percent of households experienced an unexpected financial shock in the previous 12 months, according to a study by Pew Charitable Trusts — and the median financial shock was $2,000.

While these numbers have gone down over the past five years, in a 2019 Federal Reserve survey 27 percent of Americans said they would have to borrow money or sell something to cover an unforeseen expense of just $400; another 12 percent they would not be able to cover it at all.

As a result, the market for alternative financial products — payday loans and other financial services provided outside the banking system such as check cashing — continues to grow year after year, to a projected $188 billion in 2018, according to the most recent Financially Underserved Market Study from the Center for Financial Services Innovation.

In New York, the usury cap is 16 percent — which is what Spring Bank charges on its employer-based loans. As a result of the state’s strong usury protections, Spring Bank isn’t facing the same competition from payday lenders as in other parts of the country. It’s possible to get a payday loan in New York state through an online provider, and it does happen, but it’s not nearly as prevalent as places where payday lenders operate out of storefronts, usually in low-income and predominantly black or Latinx communities.

When an employer signs up for the Spring Bank program, director of consumer lending Melanie Stern and loan officer Carol Guzman typically go out and make a presentation to the employees of the company. Often, by the time they get back to the office, employees of that company have already submitted applications. Guzman says over the past few months she’s consistently seen around 20 applications a week from all of Spring Bank’s participating employers. Approval can take up to seven days — still not quite as instant as many payday loan providers promise.

Stern designed the program to break the debt trap. When Spring Bank approves an employer-based loan, the loan amount goes into a savings account in the employee’s name. It can be withdrawn the same day, in-person — their main branch is located along two major subway lines in the South Bronx. The loan repayments are set up as a direct deposit from the employee’s regular paycheck into the savings account. Some employees choose to keep the direct deposits going even after repaying the loan, getting them started on a path to building savings.

So far, the median annual income for borrowers in Spring Bank’s employer loan program is $36,000. The bank also reports the on-time payments on each borrower’s credit history, resulting in a 50-point credit score bump after repaying an employer-based loan, according to Stern.

“Where we really see a nice impact is for people who didn’t have a prior credit history at all,” Stern says.

One obvious risk is that borrowers leave the company before repaying a loan. Spring Bank requests a back-up bank account to use for repayments in case that does happen, but it doesn’t require that. So far the losses have been less than Stern expected — at program launch in 2015, she forecasted ten percent of loans going bad, but so far it’s only been three percent, which is on par with other employer-based loan programs.

There are some key limitations. Specifically, people currently paying child support cannot access Spring bank’s employer-based loan program. Child-support payments take precedent over loan repayments, making those borrowers just too risky to access this program. Saunders, of Greyston Bakery, says that has definitely been an issue for some of her colleagues.

Technology has been a key piece of the puzzle — as well as an expense. Spring Bank partnered with tech startup Happy Mango Credit to build and operate an online platform that provides access to the employer-based loans as well as other Spring Bank financial products. The same platform also integrates tools for some household financial planning as well as setting up appointments for financial counseling.

Stern hopes to add another ten employers to Spring Bank’s employer-based loan program over the next year.