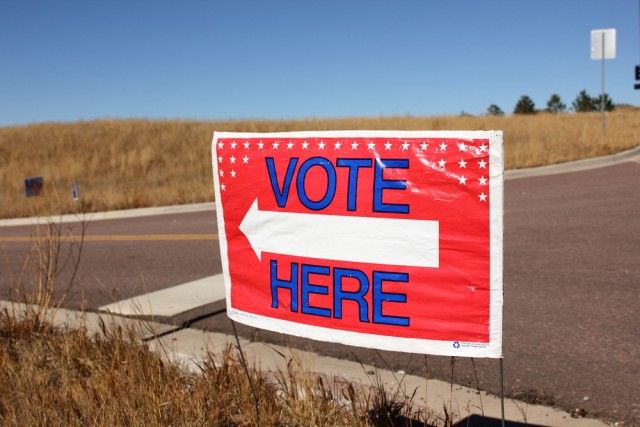 This past winter I moved to Philadelphia from Washington, D.C., where I had lived for about 3.5 years. I never bothered to register to vote down there, since the District doesn’t have voting representation at the federal level. (Yes, reader: The denizens of our nation’s capital live in a world of taxation without representation. They even slapped the phrase on their license plates in protest.) So for the interim I sent absentee ballots back home, even though they couldn’t have meant much in true-blue New York. At least I could help keep my Congresswoman in office.

But Pennsylvania is a different story. While not quite Ohio or Florida, our sixth most populous state is decidedly a swinger, and it came as an empowering shock when I realized my vote could count for something. As the white noise of this year’s election cycle grew louder and louder, I realized I wanted to change my registration.

But wait! In March, the state government passed a law, promptly signed by Gov. Tom Corbett, requiring voters to show government-issued photo ID at the polls starting this November. Proponents have argued that the move will help safeguard against voter fraud. Last month a state judge upheld the law, despite cries over its potential lack of constitutionality and a lawsuit from the ACLU.

On the blog Examine Voter ID, former journalist Tom Boyer crunched the numbers and found that the ID law will have a disproportionate impact on black and Hispanic voters, specifically in Philadelphia. Emily Badger, writing at The Atlantic Cities, talks about the tricky urban dynamic behind the legislation: In addition to putting hurdles in front of minorities, the poor and the elderly, does Pennsylvania’s new law target its largest (and most left-leaning) city?

As it happens, I’m in a position to find out. Like many Philadelphians, I don’t drive — an out-of-state license wouldn’t cut it, anyhow — and have never joined the military, worked for the government or an “accredited Pennsylvania public or private institution of higher learning,” or spent an ample amount of time in a state care facility. In other words, I don’t have any sort of acceptable identification to show a poll worker in the Commonwealth, and in order to vote as a Pennsylvanian this November I first had to go through the state Department of Transportation, known in these parts as PennDOT.

With that in mind, below is a log of the time and money I spent in my efforts to secure an official Pennsylvania ID:

*I had to have my parents mail both of these items to Philly, since I move often and prefer to keep them where I know they’re safe. Cost for priority shipping with the U.S. Postal Service: $12.95. (If I didn’t have a birth certificate and had been born in Pennsylvania, it would have cost me $10 for a new one.)

** Update: A reader points out that there is an option to receive an ID strictly for voting purposes at no cost. An employee at the PennDOT center tells me that this is supposed to be a last-resort option for residents without access to both a birth certificate and social security card (in which case PennDOT would do a free in-state check for birth certificate records), which explains why the rep I spoke to had me apply for an ordinary state ID card.

There are efforts abound to ease this burden. In anticipation of the law’s passing back March, the Committee of Seventy, a political watchdog group, convened a coalition of local organizations focused on reaching out to voters “in a nonpartisan way,” according to Ellen Kaplan, the committee’s vice president and policy director (speaking on the phone, Kaplan repeatedly stressed the “nonpartisan” detail). The coalition not only coordinates educational outreach efforts in the form of phone calls, pamphlets, social media and door-to-door canvassing, but aims to help walk citizens through the whole process of getting an ID, from providing free transportation to and from PennDOT centers, to working with senior citizens in assisted care facilities, to offering help with paperwork.

But still, it can be damn costly, especially for the city’s 410,000 low-wage and no-wage earners — or about one-quarter of its population — to comply with the voter ID law. It was hard enough for this politically aware writer to land eligible documentation without losing a hefty sum of time and money. And the Committee of Seventy’s coalition can’t reach everyone.