What Happens When Bankers and Philanthropists Meet – Next City

What Happens When Bankers and Philanthropists Meet 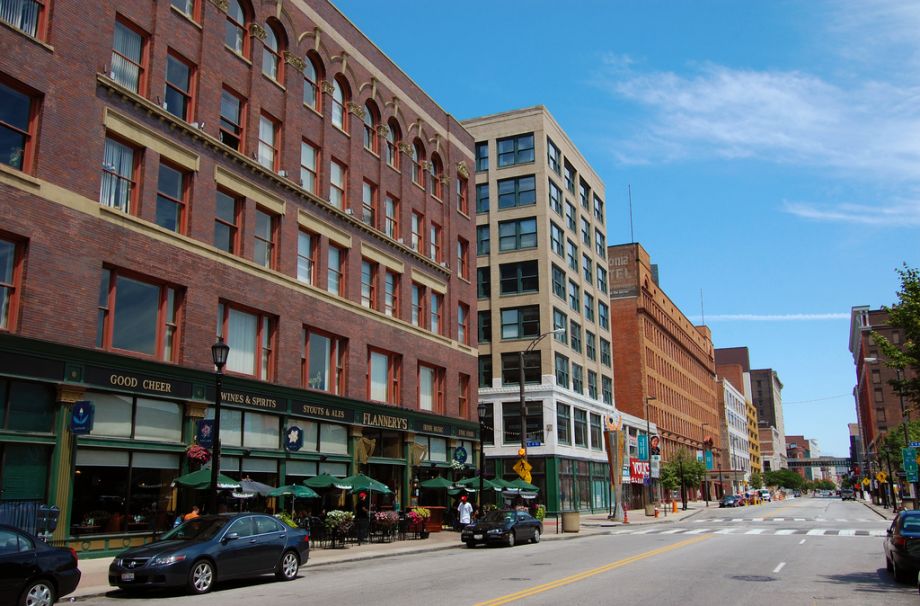 Cleveland, one of Living Cities’ sites for The Integration Inititiatve

This interview is the last in a series of conversations with friends and members of Living Cities. Living Cities is a philanthropic collaborative of 22 foundations and financial institutions that is celebrating its 20th anniversary tomorrow. Next American City will be hosting a live blog of the anniversary event. Next American City interviewed Gary Hattem, President of the Deutsche Bank Americas Foundation, to talk about the role of the private sector in advancing more equitable, vibrant and opportunity-rich cities.

Bankers and philanthropists are odd partners — or are they? What are some of the benefits of having members from finance and philanthropy collectively investing in cities?

I think that each of us brings a different analytic framework to thinking about problems. Bankers tend be transaction-oriented. Philanthropists have a longer-term point of view. As bankers, when we underwrite a transaction, we think about capital and how it can be invested in places or people, but usually do not necessarily have a point of view as to the social or environmental impact of the investment. In many ways it’s synergistic when we can look at something from each other’s perspective.

But how do you balance the shorter term expectations of a financial institution with the long-term goals of a foundation?

That’s the million-dollar question. At Living Cities, you have people like Andrew Plepler of Bank of America or Dennis White from MetLife, or me who can communicate back to our institutions the value proposition of a longer point view. Interestingly, traditional commercial bankers don’t talk to each other about their work; the culture is to compete a with one another.. At Living Cities we get the benefit of being able to push and encourage each other, and hold each other accountable for our actions. Hopefully we are raising the bar of what we should expect of the private sector and how it can take care of some of the needs of cities. Living Cities also buys us talents that we would never have access to on our own.

Many cities are trying out creative financing measures to deal with pensions and other budget issues. What are some examples of private sector innovations that have been helpful to municipal government?

The affordable housing sector has been revolutionized, in part, by the private sector over the past 15 years. We used to build public housing projects, thinking that was the only way to house low-income people. Using private capital to leverage public money has been a dramatic change in how capital is brought to bear in producing new housing for lower income Americans. We’re beginning to see similar things happening in job development and in environmental sustainability. For example, New York City is very interested in energy efficiency and is looking at how to use private capital to help the city convert from No. 6 heating oil to more environmentally sustainable, low-carbon No. 2 oil.

Unfortunately, I worry about growing deficiencies in the public sector in terms of keeping talented people. Public service is a challenging field to recruit to and there’s not the job security that there once was. Philanthropy can supplement public funds to attract better staff, but some cities don’t have strong philanthropies, so that can’t become the normalized solution.

At Living Cities’ 20th anniversary tomorrow, we’ll be looking back at how cities have changed over the last two decades. What do you think people will say about private sector investment in cities twenty years from now?

I guess you can look at it from two points of view. We’ve figured out how to recognize value and lend into low-income or minority communities that were once perceived as high risk. And it’s important to recognize the role nonprofits have played in validating equity in these communities — in taking the initiative to organize and explain the value proposition to lenders. Over the past twenty years this practice has been normalized, and it’s created a new capital marketplace. That is pretty neat.

On the flip side, look at the mortgage crisis. It’s tragic to see how efforts to mainstream lending in low-income communities resulted in a real erosion of assets. A recent report by Pew Research says that the median wealth of white families is 20 times that of black households and 18 times that of minority households. And that is due in large part to minority families having their main assets tied up in their homes. So at the same time that we were overcoming racial discrepancies, you see the unfortunate results of bad lending practices over the past few years. I’m not saying that I lay the blame entirely on the private sector, but we’re all learning from this experience.