What Europe’s Cities Want Bloomberg to Pay For – Next City

What Europe’s Cities Want Bloomberg to Pay For 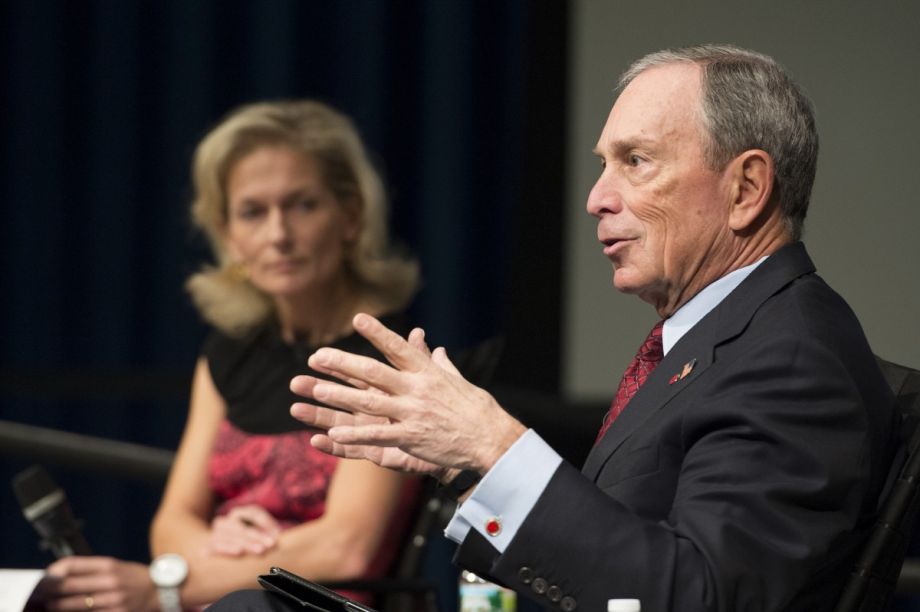 Of the European cities that, by virtue of being home to 100,000 people or more, qualified for the latest round of Bloomberg Philanthropies’ Mayors Challenge, more than a quarter — 155 — applied. That’s not altogether surprising. The contest, a bid by former New York City Mayor Michael Bloomberg to spotlight and share solutions to the world’s urban challenges, offers some healthy inducements: €5 million to one winning city, and €1 million each to four others.

But the response rate is still a sign that Bloomberg is forging full speed ahead in his bid to shift from Mayor of New York to Shaper of All Cities. It also shows that cities are listening.

Bloomberg Philanthropies, the umbrella organization that covers all of the former mayor’s do-good work, is holding back any specifics about the bids. The group did release some intriguing details suggesting that cities see the competition as a chance to figure out, and fund, new answers to deep-rooted problems. In the British Isles, for example, applications clustered around food access, obesity and illness. In Eastern Europe, the focus was on government transparency and other civic challenges. In southern Europe, unemployment topped the list. 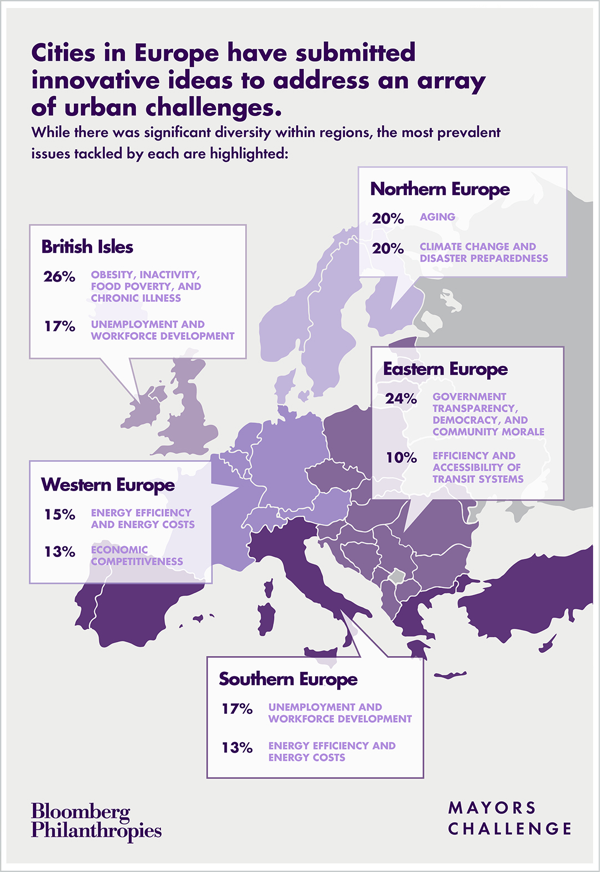 Coming on the heels of a U.S.-focused Mayors Challenge last year, this contest also gives a useful peek into the model of civic innovation that Bloomberg Philanthropies hopes to polish. Cities, as the group as framed it, are in a tough spot: Obligated to tackle more and more of society’s challenges with less and less public funding. Bloomberg has the start-up funds, and the Mayors Challenge is about isolating replicable solutions.

Here, with context, are the criteria by which European submissions will be judged:

The U.S. version of the Mayors Challenge produced six winners: Providence Talks, a project in Rhode Island focused on word exposure among children; Chicago’s Smart Data Platform; the One Bin for All trash processing effort in Houston, Philadelphia’s FastFWD, aimed at entrepreneurial collaboration; and the Wellbeing Project, targeted at assessing and boosting social satisfaction in Santa Monica.