What Do Planners Learn? – Next City

What Do Planners Learn? 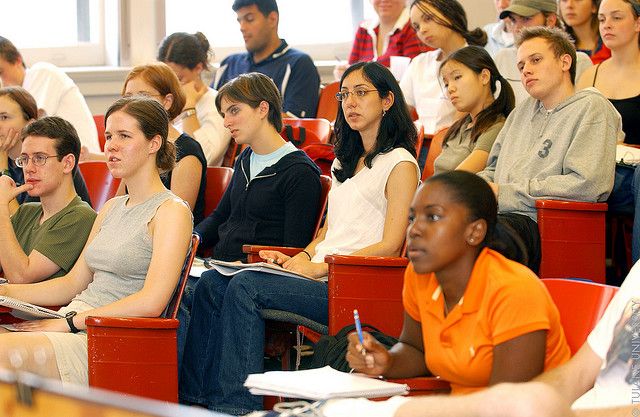 It happened again, as it invariably does every holiday season. In the midst of spiced eggnog and office holiday parties or visiting with family and friends, I get asked a simple question: “What do you do?” I politely say, “I study urban planning.” And then there’s the inevitable silence as I wait for the quizzical follow-up – “What’s that?” – and another brooding year of Christmas heartache. However, this year something changed. After I uttered my usual phrase, “I study urban planning,” my speech was met with a “Wow, that’s really cool,” and “Ah, that’s interesting, I have a friend who is studying that,” or my personal favorite: “I wish I had gone into planning rather than settle for law school.” Yes, the field of urban planning was met with unbridled enthusiasm as I made the rounds this holiday season. A Christmas (or Hanukkah) miracle? I think not.

The plain truth is that urban planning is hot. If we take a look at the numbers, according to the Department of Labor, the urban and regional planning field is expected to grow by nineteen percent, from 38,400 jobs in 2008 to 45,700 jobs by 2018. Moreover, quite apparent is that a burgeoning global population has created the need for additional infrastructure including transportation systems, affordable housing, and schools while simultaneously existing infrastructure needs repair and restoration. It is no wonder that U.S. News and World Report included urban planning as one of the fifty best careers for 2011. But this is really just the beginning.

In his notable work, Planning in the Face of Power, John Forester describes planning or designing as “a deeply social process of making sense together.” Planners, to appropriate the sociologist’s C. Wright Mills language, translate personal troubles into public issues. Moreover, they help individuals and communities communicate and develop visions for the future based upon shared interests, values, and norms. In a time and place where the prospect of the future seems uncertain, unsettling and even frightening at times, the expertise that planners bring is needed more than ever. In this context, a perfect storm of factors is contributing to an auspicious growth for the field.

Let’s be straight: Urban planning is and traditionally has been a relatively obscure field in a relatively obscure set of disciplines known as the social sciences (we like to talk things out). In her article “Planning Theory’s Emerging Paradigm: Communicative Action and Interactive Practice,” Judith Innes writes, “There are probably 1,500 people today who hold a planning Ph.D. The proportion of educators with a Ph.D. in planning is steadily increasing.” This was in 1995. Today, my educated guess is there are in the range of 2,500-3,000 people with planning Ph.D.’s and they are in more places than walking the corridors of the Ivory Tower both here and abroad. You can find them in think tanks, NGOs, law firms, and public policy organizations. In terms of academia, one only need take a glance at the Job Bank on the Association of Collegiate Schools of Planning (ACSP) website to see the plethora of faculty jobs available. Indeed, the L. Douglas Wilder School at Virginia Commonwealth University (VCU) alone has announced it will be filling ten or more tenure-track or tenured positions in the coming two years. Ten positions! That’s larger than the entirety of many planning departments, and along with a number of new positions, the field is seeing whole programs commence and become newly accredited including those at Boise State University and the University of Louisville, among others. To put this in perspective for those new to the field, the annual planning conference for academics draws between 400-500 individuals yearly. The field is not large; we aren’t talking a department of history, economics, or political science here. We are talking about a field where there are at present fifty-four openings for urban planning faculty (I counted).

Why all the activity? A constellation of factors are at play, including:

• The first full generation of trained planners are on the eve of retirement
• The growing relevance and significance of planning, both locally and globally from Dubai to Detroit reflected by the ascent of wealth and the capacity to build mega-project (e.g. as in Dubai), but also the ascent of poverty resultant from failed public policy, markets, and structural economic forces (e.g. Detroit)
• The growing visibility of planning through media (including this magazine) and the blogosphere thereby precipitating more interest from the general public

As both supply and demand factors continue to incentivize the field, the explicit notion that both individuals and communities are looking for answers and find themselves increasingly reflected in the language of planning, whether tacitly or knowingly, begs the question: What does this emergence mean for how we train planners for the future? It is a question that generations of planners have considered, including Paul Davidoff and Judith Innes.

Davidoff, regarded as the founder of advocacy planning, described in his 1965 article Advocacy and Pluralism in Planning the need to broaden the scope of a planners’ education. He wished to widen the focus of planning to include all areas of concern within government. He speaks to the primary role the planner has as a coordinator and suggests that two years of graduate study may be insufficient to broadly train planners for this difficult job. Judith Innes, writing in the mid-1990s, notes the importance of allowing students to take over their own learning processes. She references an anecdote in a teaching workshop she attended which imbued her with a Deweyian lesson, “that learning by doing has far more power than simply learning by reading or listening and that social learning – learning as part of a group effort – has important advantages over the solitary investigation of the lonely researcher.” More recently, Leonie Sandercock contends the need for “therapeutic” processes to transform urban spaces from places of fear (racial, socio-economic, etc) to places of cohabitation and coexistence. Such processes could be structured in helping residents organize meetings in moving from fixed positions to shared interests. These three scholars are but three voices over planning’s lifespan that add to the discourse on planning pedagogy. The ascent of issues such as all things sustainability-related, social justice, and international development planning only contribute to the dialogue on what a planner should be learning.

Peter Bosselmann, a professor of urban design in architecture, city and regional planning, and landscape architecture at the College of Environmental Design at the University of California, Berkeley, notes that among his students,

There’s an interest in international work right now, which probably has to do with the economy … Geographically, China is very important, as is India, and we assume that soon the urbanization of Africa will start becoming of interest. [Topic-wise], the environment is becoming stronger and stronger, especially the forces of nature and how they’re acting on cities, such as the rising of water tables.”

What so many of us love about planning is that it is dynamic. And urgently so. From the growing wealth gaps in the United States and globally, to environmental issues, individuals come to planning because they wish to effect change. We can only hope that as the institution of planning moves into the next decade, planners will be more cogent of their past, their context, and their responsibilities to their craft in embracing this dynamism. No Christmas (or Hanukkah) miracle required.