What Crime Rankings Do and Don’t Tell You – Next City

What Crime Rankings Do and Don’t Tell You 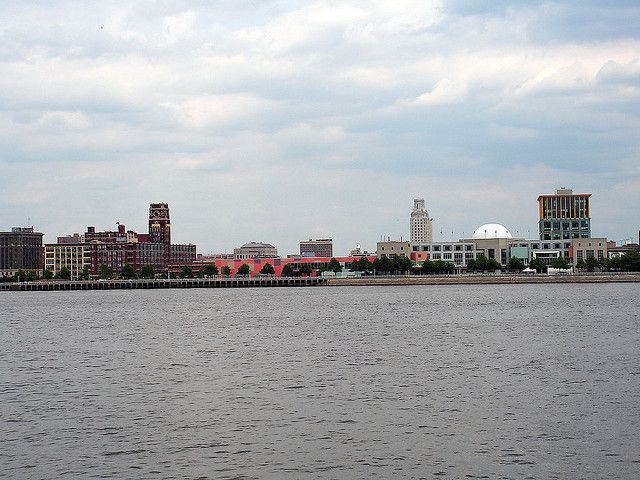 CQ Press released its annual list of cities with the highest crime rate this week, and once again Camden, N.J. has had the unfortunate distinction of coming out on top.

A city of 77,000 located across the Delaware River from Philadelphia, Camden has consistently ranked at or near the top of the CQ Press list, which is based on stats from the FBI, every year of its publication. This comes just after the Census Bureau revealed that Camden is also the poorest city in the nation.

Camden has seen a consistent rise in crime over the past few years, with 2012 being a record-breaking year for the number of homicides in the city. The increase is attributed to the cuts in the police force — in 2011, Mayor Dana Redd laid off over 300 police and firefighters in response to cuts in state funding.

“Camden is the drug market capital of South Jersey,” said Bodunri Banwo, a food access coordinator for the Food Trust Healthy Corner Store Initiative. “This is where people go to do bad things.”

Drastic steps are being taken to reduce crime in Camden while dealing with budget constraints. Redd is working with the state to replace the city’s entire police force with a new Camden County force.

The challenges in Camden illustrate the struggle faced by many of the cities at the top of CQ Press’ list.

“The incidence of crime… is of real concern to millions of Americans, and the rankings help them better understand what is happening in their communities,” CQ Press publisher John A. Jenkins said in a press release on his company’s website.

But no everyone agrees that the rankings are helpful. Both the U.S. Conference of Mayors and the FBI have condemned the crime rankings and the labeling of any city as “dangerous.”

“These rankings represent a gross misuse of FBI data,” said Houston Mayor Annise D. Parker in a press release for the mayors’ conference. “They also do real harm to the reputation and economy of the cities that come out on the losing end, often through no fault of their own.”

The FBl advises caution in interpreting crime rankings. According to a press release from the bureau, most crime rankings don’t consider the geographic or demographic differences among U.S. cities. The FBI also notes that crime is more prevalent in areas where poverty and population density are higher.

On the other end of things, the city of Fishers, Ind. was listed with the lowest crime rate among cities with populations between 75,000-100,000 people. Fishers, a suburban city outside Indianapolis, has a population similar to Camden’s, with just over 79,000 people. But Fisher’s land area is more than four times larger, with population density of about 2,000 people per square mile.

Poverty and income also greatly differ between the two cities. Fishers has a median income of $92,347, more than four times larger than the median income of Camden. The poverty rate in Fishers is just under 3 percent, a rate 14 times lower than that of Camden.

Although the cities of Fishers and Camden are at the opposite ends of the CQ Press list, the crime rate changes when you look at each city’s metropolitan area.

According to FBI statistics from 2010, metropolitan Indianapolis had a higher crime rate than that of metropolitan Philadelphia. Critics cite disparities like this as a reason to take the City Crime Rankings lightly.

“It is important to examine the statistics of a city along with its metro area when using City Crime Rankings,” reads a disclaimer on the CQ Press website, because “criminals and opportunities for crime do not adhere to city boundaries, but rather spill over to adjacent areas.”