What Can a Bunch of Burlington Coders Know About Upgrading a 140-Year-Old Library? – Next City

What Can a Bunch of Burlington Coders Know About Upgrading a 140-Year-Old Library? 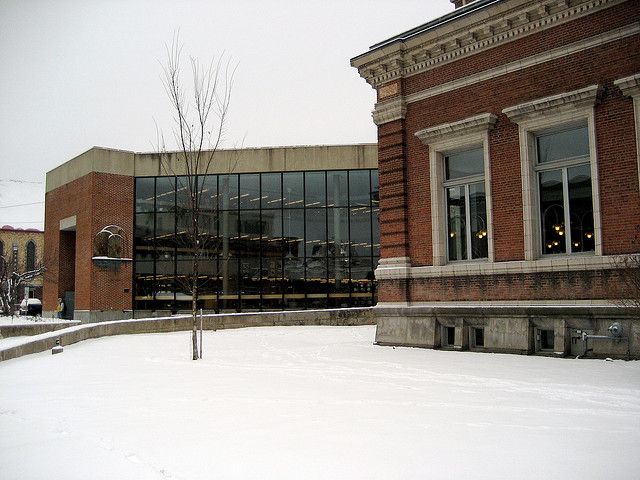 Hack the Stacks is a civic hackathon taking place this Saturday and Sunday at Fletcher Free Library in Burlington, Vt. It’s a project of Code for BTV, one of Code for America’s “brigades,” or local chapters, that aim to enlist volunteer technologists in building tools of use to their communities. But what’s of actual civic use, rather than a fun weekend coding project, is a question the civic hacking movement has wrestled with.

So how, I asked Bradley Holt, co-captain of the Burlington Brigade, do a bunch of coders know anything about what tools and tech are needed by a library that has managed to serve Burlington for the last 140 years?

Simple, he said. We asked them.

“Rather than saying, ‘Hey, go build things that you think would be useful to the library,’” he said, “we went and found out what the library would want.”

Code for BTV, Holt explained, takes the same software-creation approach that he and fellow Brigade co-captain, Jason Pelletier, use at Found Line, their local creative services firm. It’s called called “Domain-Driven Design,” coined in a 2003 book by software developer Eric Evans. One core tenet of the approach is what Evans calls “crunching knowledge,” as in taking what subject matter experts know about their particular field and building it into software from the start.

And if there’s a domain that librarians know, it’s libraries. Fletcher officials sketched out ideas for tools they’d like to have: A green printing app that lets patrons know how many sheets of paper they’ll use up with a digital printing request, a robust scheduling tool for library conference rooms, and a dashboard through which librarians can track the metrics on how they’re serving the community (like how many people check out books, how many people use the public WiFi, and how many volunteers come to the library to help).

Coders, Holt said, might have thought of building a dashboard. But they wouldn’t have really known what to put in it.

After Code for BTV got its start during June’s National Day of Civic Hacking, some of its members met library officials through U.S. Ignite, a national effort to give cities ultra high-speed connections; Burlington has a whopping gigabit network owned by the community. The brigade’s goal, Holt said, is to “on board” a new organization every three or four months — learning what they know and figuring out what their technologists can build in response. They’ve also tackled the needs of a local music non-profit.

But Fletcher Free Library is a particularly good target for engaged community efforts. It’s been there before: Back in the mid-1970s, the library was threatened, but local residents got a petition together that succeeded in getting it on the National Register of Historic Places.