What Amtrak Wants For Its 30th Street Station in Philly 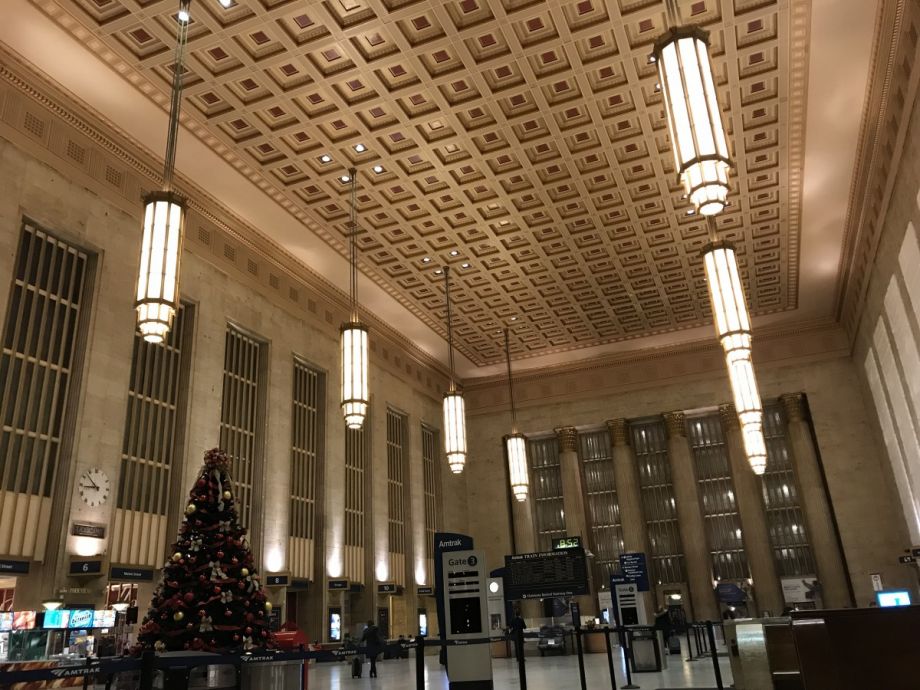 Amtrak has released a Request for Qualifications for a master developer for 30th Street Station in Philadelphia, part of a a $10-billion, 35-year project that has the potential to vastly transform the neighborhood.

It’s a clear signal that Amtrak is hoping to get a jump on redeveloping the station itself after the search for a developer was temporarily halted last year when Amazon named Philly as a finalist in its search for a HQ2. The station revamp is part of an ambitious neighborhood master plan developed in 2016 through a partnership with Amtrak, SEPTA, Drexel University and Brandywine Realty Trust. The award-winning 30th Street Station District Plan proposes 18 million square feet of new mixed-use development and 40 acres of open space in the heart of the city. It’s a neighborhood, as Next City reported in 2014, that “has everything going for it, but little of the development you might expect.”

The 30th Street Station is Amtrak’s third-busiest station, serving 4 million passengers a year, and ridership is expected to double by 2040. It also serves 12 million SEPTA and New Jersey Transit customers annually and is a major bus hub. The new RFQ, released Tuesday, asks for a developer to modernize the building and allow for the expected 8 million passengers to get through the station safely and quickly (while also spending money—Amtrak said it believes there is “unmet retail spending potential” inside the station and surrounding area “upwards of $200 million”).

Philly advocates have been working on improving the 30th Street Station for years. In 2011, University City District launched The Porch, a former parking lot reclaimed for pedestrian use, with plants, tables, chairs and mini golf. In its first summer, 25,000 people visited the space. In 2016, Amtrak spent $85 million to restore the station’s exterior facade, a project that is expected to wrap up this year. And Amtrak is also in the planning phases for Station Plaza, its “grand civic space” outside the station, designed to improve pedestrian flow, address taxi congestion, and add more pedestrian-only spaces with room for food trucks or pop-up markets, Curbed Philly reported.

30th Street Station is not the only Amtrak station undergoing changes. Raleigh, North Carolina, cut the ribbon on a brand-new train station just this week, with Raleigh Mayor Nancy McFarlane calling it “a front door into the heart of the city.” The station is five times larger than the one it replaces across the tracks and includes about 5,000 square feet of retail and 6,000 square feet of office.

And a rail station in Schenectady, New York, is a few months away from completion. The $23-million project replaces a 1970s-era station that was torn down last summer.