$75 Million to Boost Equitable Capital for Small Businesses – Next City 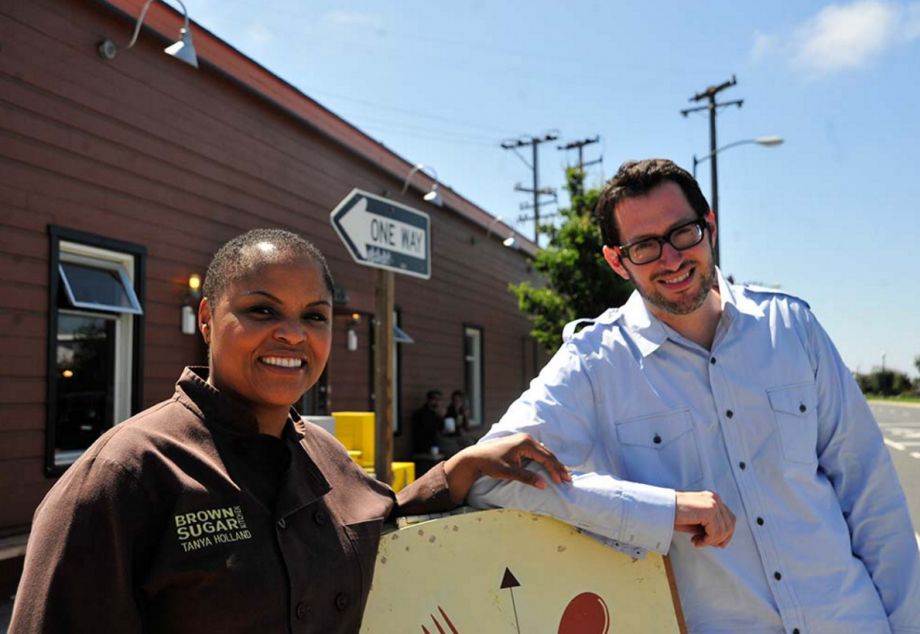 While it’s no secret that the financial system has long been tilted against minorities and women, less is known about how to level the playing field — even if you ask organizations that were created specifically to serve the underserved.

But OBDC, like every community development financial institution (CDFI), is supposed to be specifically serving those who have historically been marginalized by the broader financial system. They expect to do more to move the needle and reach out to more entrepreneurs.

Now they’ll have a chance to explore how they can do that. OBDC is part of Wells Fargo’s newly announced Diverse Community Capital program, a $75 million, three-year initiative to support CDFIs that provide diverse-owned small businesses access to capital. (Business owners must be African-American, Asian-American, Hispanic, LGBT individuals, military veterans or women.)

Wells Fargo has supported more than 150 CDFIs since 1998. Banks like Wells Fargo or Bank of America are the biggest source of capital for CDFIs, investing $1.5 billion in 2013. But still, as CDFIs know and as the data laid bare in a Gallup study commissioned by Wells Fargo and released earlier this year, small business lending is still far from being a level playing field.

“Working with CDFIs for nearly 20 years has helped us to develop an even greater understanding of some of the challenges diverse small business owners face, and now we have data that backs it up and is compelling,” says Mike Rizer, executive vice president and head of community relations at Wells Fargo. “We needed to follow the data, which said diverse-owned small businesses were having a hard time, particularly African-American small businesses.”

Funding of $75 million might not be a lot in the grand scheme of things, but Wells Fargo hopes the initiative will generate knowledge for anyone who seeks to level the playing field for diverse-owned small business lending.

“We are hoping to get some learning out of this. Are there different ways we need to go to market to get capital to these businesses and make it work for them?” says Rizer.

“The grant specifically allows us to do more intentional outreach,” says Jen Leybovich, vice president for strategy and development at OBDC.

They’ll be targeting outreach in five neighborhoods with a large population of African-Americans: Bayview and Fillmore in San Francisco, and West Oakland, East Oakland, and MacArthur in Oakland.

Using different outreach strategies will help them reveal what will be most effective at bringing in more African-American entrepreneurs. So far, they’ve thought of building a business support network of existing and new clients, going door to door, exploring more partnerships with African-American business groups and more business incubator support from OBDC’s entrepreneur-in-residence program.

“I think the hardest part about creating more equitable access to capital is really marketing,” says Michelle Mapp, CEO of South Carolina Community Loan Fund (SCCLF), based in Charleston, South Carolina. “In order to address racial equity, there needed to be both loan capital and grant capital to be able to address things like marketing and staffing.”

Fifty-one percent of SCCLF’s borrowers are African-American, and 40.8 percent are women. Only 1.5 percent of their borrowers are Hispanic. Mapp sees growth opportunities on all counts, especially as they recently began expanding statewide.

“Radio could be powerful. Thinking about how we might be able to use our borrowers’ voices. Thinking about Spanish language radio as well as English,” Mapp says. “Trying to distinguish yourselves in a sea of voices is difficult when CDFIs don’t have much of a marketing and communications budget.”

Those voices include a growing number of predatory lenders targeting small businesses.

SCCLF plans to apply to be part of the Wells Fargo program, which will have six rounds of applications. The first deadline for letters of interest is December 1st. Wells Fargo anticipates a wide variety of proposals combining both/either grants and loans.

The Diverse Community Capital program will also provide “social capital” — activities to build support networks and social infrastructure among CDFIs that are lending to diverse-owned businesses. Wells Fargo has partnered with Opportunity Finance Network (a national trade group of CDFIs as well as a CDFI itself) on that.

While many CDFIs have marketing challenges, those that don’t could have much to offer in terms of mentoring and sharing knowledge, while still having much to gain themselves from being part of the program.

One of those could be the Enterprise Center in Philadelphia. It’s actually a family of three organizations: a business education and technical assistance provider, a CDFI, and a community development corporation. They’re based in the building that was the original home of American Bandstand.

Thanks in large part to its integrated model, the Enterprise Center is busting at the seams with minority-owned businesses that come in with a wide range of needs. Some of them are not quite ready yet for capital to scale up, while those that are ready are at various stages that may require different kinds of investment.

“Not only do you need microloans [in the U.S., business loans below $50,000], but you need all the other forms of capital to accelerate growth at different stages of a business,” says Della Clark, president of the Enterprise Center. They also plan to apply to the program.

Over the next three years, the Enterprise Center intends to support its clients to create 1,488 jobs, secure about $265 million in capital, and win around $371 million in procurement opportunities both public sector and private.

By providing both additional lending capital and grant capital to support the staffing to get the money on the street, Clark says, the Wells Fargo program would be a crucial boost toward achieving those goals. But it would just be the start.

“If we’re fortunate to get any of this money from Wells Fargo, we’re going to use it to leverage other capital,” she says. “We’ll take that to local banks, local foundations and others and say look what Wells Fargo has provided to us to build capacity, will you join in this effort?”