In Wellington, Trolleys May Rise Where Trolleybuses Fell – Next City

In Wellington, Trolleys May Rise Where Trolleybuses Fell 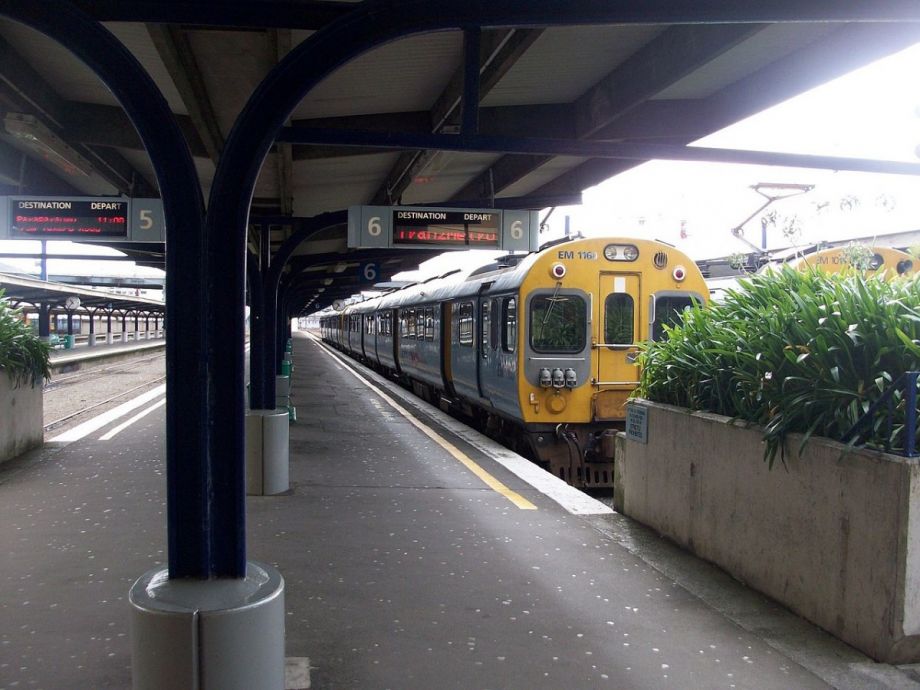 Advocates Push for Light Rail in Wellington
New Zealand’s capital city, Wellington, decided to phase out its trackless trolley network last summer. Now an advocacy group argues that a proposal to tackle the city’s transportation woes should include trolleys with tracks.

New Zealand news site Stuff reports that a lobbying group called Fair and Intelligent Transport Wellington (Fit Wellington) is floating a modification to one of the four scenarios the “Let’s Get Wellington Moving” (LGWM) working group has put out as ways to reduce traffic congestion in the corridor between central Wellington and its airport.

Three of the four scenarios sketched out by LGWM, which is a local government/transport agency initiative, include mass transit as part of the solution. Fit Wellington’s modification to Scenario A expands on its “mass transit” route by calling for a light-rail line that extends from the city’s railway station through the city center to the airport and Miramar in the east. LGWM’s original Scenario A has the “mass transit” line running only from the train station to the city center.

Fit Wellington’s proposed LRT route would include two tunnels under mountains between downtown and the airport and a possible third under the airport runways. The group projects that its project would cost anywhere from NZ$930 million to NZ$1.2 billion (between $623 million and $830 million U.S.) and take 10 years to complete.

In fall’s general election campaign, the Green and New Zealand First parties both called for light rail for Wellington. Then Transport Minister Simon Bridges claimed the Greens had wildly underestimated the cost of their proposal, which they had pegged at NZ$630 million to $700 million ($436 million to $485 million U.S.) With the Greens now the junior partner in a minority government led by Labour and New Zealand First, however, the proposal has a strong chance of being incorporated into any final plans for Wellington transit improvements. Current Transport Minister Phil Twyford has said that future-proofing a route for light rail was “an absolute minimum” for the capital.

For its part, LGWM says it welcomes Fit Wellington’s suggestion and any other public recommendations for its proposals. The public comment period ends Dec. 15.

Builders Chosen for Indianapolis BRT
The Indianapolis Star reports that the board of directors of IndyGo, the city’s mass transit system, has chosen the two companies that will build the city’s Red Line bus rapid transit route.

The companies submitted the lowest of six bids IndyGo received for the Red Line work. The bid was also comfortably under the project budget, allowing an additional $3.6 million to be spent on some upgrades, including snow melt systems at every station, more durable stone platforms at some stations and red “bus only” lanes on Capitol Avenue.

The streets the Red Line will use will be kept open to traffic throughout the construction period. Work should begin in March and last about 15 months, with passenger service beginning in mid-2019.

Know of a project that should be included in this feature? Send a Tweet with links to @MarketStEl using the hashtag #newstarts.