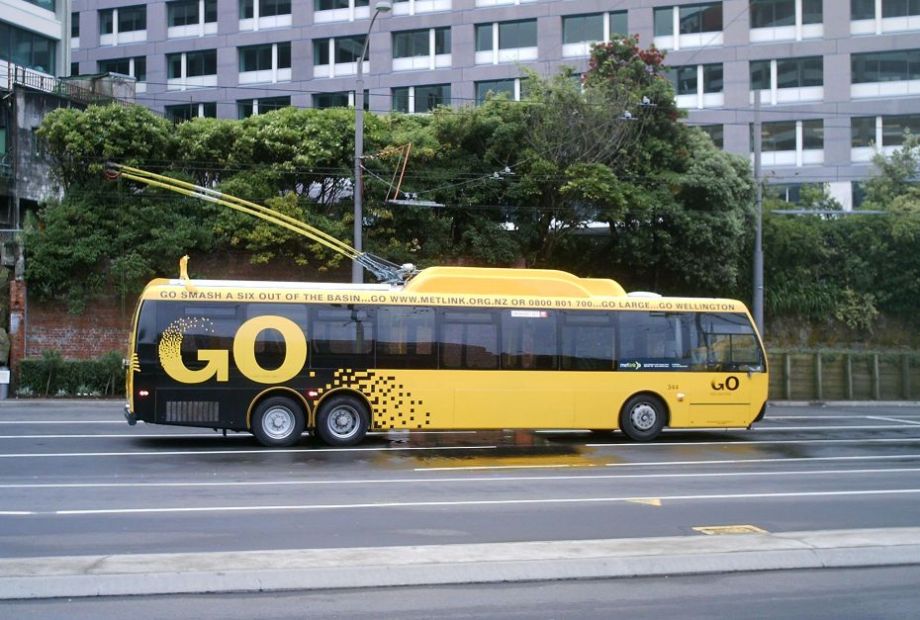 Goodbye Wires, Hello Batteries in Wellington
New Zealand’s hilly capital, Wellington, has been served by a network of trolleybus routes since it abandoned its streetcar network in the mid-1960s. Now the Greater Wellington Regional Council has announced that the city’s 60 remaining trolleybuses will be retired by Christmas, with half as many double-deck battery-powered electric buses taking their place over the next four years.

News site Stuff reports that Tranzit, the company that will operate 60 percent of Wellington’s bus routes starting next July, will include 10 of the double-deckers in its initial fleet of 234 buses. Ten more will be added in 2020, and another 12 in 2021.

The 82-seat buses will charge overnight and top off their batteries during the day at charging stations located around the bus network.

Critics of the move argue that the technology is still too new and has not yet been implemented in a city with hilly terrain and narrow roads. Greater Wellington Regional Council Chairman Chris Laidlaw, however, defends the move to battery-electric buses, as does Tranzit Managing Director Paul Snelgrove.

NZ Bus, which operates service in Wellington as well, has had some problems with new electric motors it is installing in its buses.

London Overground Extension Gets Government OK
Barking Riverside, a huge new brownfield housing development in East London’s Docklands, will get London Overground rail service in 2021 now that Britain’s secretary of state for transport, Chris Grayling, has issued a Transport and Works Act order for an extension of the Overground’s Gospel Oak-to-Barking line.

The International Railway Journal reports that the 4.5-km (2.8-mile) extension will share track with the Essex Thameside line, which is now being electrified, before diverging onto a new 1.6-km (1-mile) electrified branch to a two-platform terminal at Barking Riverside.

The development will include 10,800 new homes along with healthcare, retail and leisure facilities. Developer Barking Riverside Limited is picking up the tab for 172 million British pounds ($224.15 million U.S.) of the extension’s 263 million pound ($342.75 million U.S.) cost, with Transport for London paying for the rest.

Consultant to Study Feasibility of Boston Commuter Rail Link (Again)
The Massachusetts Department of Transportation has contracted with the engineering firm Arup for a new feasibility study of a long-discussed rail tunnel linking the city’s North and South stations, Global Rail News reports.

The study will reassess possible designs for the twin-tunnel rail link along with costs and benefits. The findings should be delivered by spring 2018.

Anthony Bruzzone, an Arup project manager, told GRN that the firm’s recent work on Boston’s Green Line extension and tunneling projects in Los Angeles and San Francisco will help it carry out this project. “While significant challenges exist to implementation, understanding these challenges, as well as the project’s costs and benefits, is essential to informing MassDOT’s decisions on next steps,” he said.