Welcome to the Sunburn – Next City

Welcome to the Sunburn 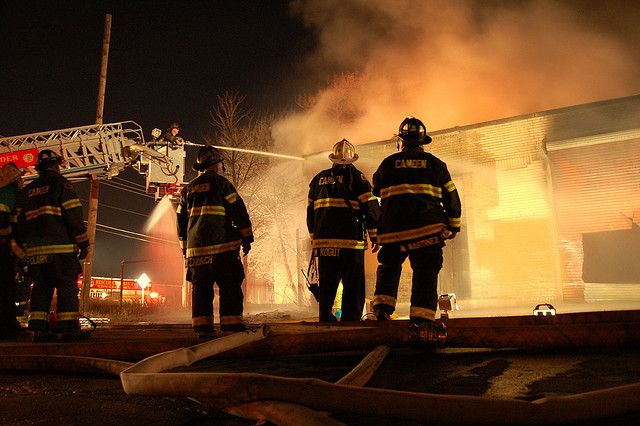 As detailed in this week’s Forefront story, Atlanta has a hefty share of vacant buildings, and it’s inevitable that some will fall into disrepair. Urban planners call it demolition by neglect, and fires have a habit of hastening the process: Crumbling buildings, with no one to look after building code compliance, often become fire hazards — or worse, targets for arson.

According to data collected by the FBI, there were 10 deliberately set fires in the Atlanta metro area in 2010 and 2011. Newly attuned to the dangers of untended structures, Atlanta officials began a vacant property registration drive in February of this year to help city agencies identify at-risk buildings and stop deterioration that may lead to deadly fires. In the press release announcing the registry, Atlanta councilwoman Joyce Shepherd noted that “the maintenance of an accurate registry of vacant structures is essential to the public health, safety and welfare.”

Across the Sun Belt, which leads the nation in foreclosure and vacant housing rates, there has been an uptick in both accidental and criminally motivated fires. Just this past week, According to CBS’s Birmingham affiliate, law enforcement officials in the Alabama city arrested a man suspected of setting fires in 13 separate vacant homes over the last two months. Birmingham’s vacancy rate hovers around 15 percent — one of the country’s highest, though middle of the pack for Sun Belt cities.

The issue isn’t confined to south of the Mason-Dixon. Detroit, facing its own massive foreclosure and vacancy crisis, has seen more than its fair share of fires. A city with 17.2 percent of its rental housing stock sitting empty (that’s roughly one in six homes), Detroit has the highest number of arsons and accidental fires per capita of any city in the world. These statistics were subject of the 2012 documentary Burn, a chronicle of a community struggling to address civic problems of which frequent, devastating blazes are only a symptom. 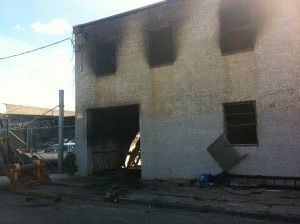 Here in Next American City’s home of Philadelphia, we’ve seen a rash of fires popping up in deteriorating buildings. Empty warehouses are particularly susceptible: Relics of Philadelphia’s industrial past, the neglected structures pose a major fire safety hazard for the city. Aside from being out of compliance with modern building codes, exposure to the elements can light up flammable debris. A number of warehouses have gone up in flames, including one yesterday when a two-alarm fire destroyed a vacant property in Northeast Philly.

Though these buildings were empty, fires are not always without a human cost. In early April, an accidental warehouse fire in Kensington took the lives of two firefighters when the adjacent building — also abandoned — collapsed.

Weary of waiting for city agencies of to get a firm grasp on the vacant housing problem, some Philly residents have formed groups like Abandoned Philadelphia, which aggregates data on the location of vacant housing across the city submitted via its website. And it appears as though the city is paying attention. On May 22, the Philadelphia Redevelopment Authority released “Front Door,” a catalog of some 40,000 empty houses and parcels, 9,000 of which belong to the city. And it looks like the city is eager to fill them. The first sales will start at well below market rate.