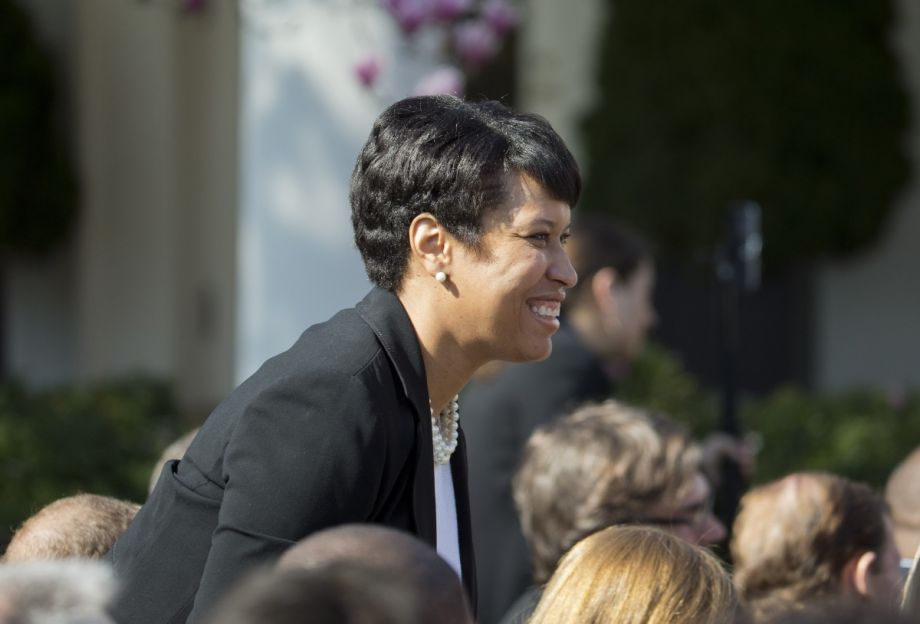 Washington, D.C., got one symbolic step closer to statehood Friday when D.C. Mayor Muriel E. Bowser released a draft constitution for New Columbia, the proposed 51st U.S. state. Bowser has been pushing for full statehood, reports the Washington Post, because she believes the lack of a vote in Congress makes it more difficult to solve the city’s major challenges, like fixing Metro public transit.

Though D.C. is more populous than Vermont or Wyoming and contributes more in federal taxes than 22 states, the district not only lacks a vote but Congress also has final say over local D.C. laws and the spending of local tax revenue. As Aaron Wiener reported for Next City last year, that means federally elected officials often meddle in local issues, by legislating away voters’ embrace of legal marijuana possession, for example, or trying to strip gun control laws. Wiener made the case that this often gives representatives from non-urban areas, unfamiliar with D.C.’s specifically urban needs, undue power over a growing city.

Bowser is calling for a constitutional convention in June, and statehood on the ballot in November, petitioning the next U.S. president and Congress to declare D.C. the 51st state, even though current congressional Republicans have indicated their disinterest in the issue. Under the draft constitution announced last week, Bowser would become governor of the new state, and the city’s 13 council members would become representatives in a new state House of Delegates. The district’s 670,000 residents would elect one voting member to the U.S. House of Representatives and two to the Senate. Bowser made her announcement at the site where Abraham Lincoln wrote the Emancipation Proclamation, calling the location “a fitting reminder that we are not fully free … in the District of Columbia.”

As a state, the District’s criminal justice system would also get an overhaul. While currently composed of an odd mixture of local police, federal judges, parole officers and prisons in more than a dozen states, the criminal justice system under statehood would be consolidated under a new D.C. corrections system, which would allow the mayor-turned-governor to appoint judges, rather than the president. The new state would also assume the cost of paying hundreds of prosecutors and judges.

The proposed constitution also allows much greater latitude in who can become a governor than most of the 50 states today. While most impose long-term residency and U.S. citizenship requirements, D.C.’s draft constitution requires only that a D.C. governor candidate be a qualified voter and legal permanent resident for one year. Under such guidelines, a foreigner with legal permanent residence in the District could run. A senior adviser to the mayor and a member of the legal team that drafted the constitution told the Post that the city may update those details and add restrictions more similar to the rest of the states.

New Columbia is the name affixed to the proposed constitution — the same name D.C. officials used in a failed statehood bid in the 1980s — but Bowser has said she is open to other suggestions. Residents at the event Friday chimed in with Anacostia, Potomac and Douglass Commonwealth, after abolitionist Frederick Douglass, among others. Bowser said she is partial to sticking with Washington, D.C., which could make the idea more palatable to Congress and easier on businesses and the U.S. Postal Service. If D.C. becomes a state, the federal district will shrink but remain, encompassing only the U.S. Capitol, the Supreme Court, the White House, monuments, and several public spaces and military installations near downtown.

Overall, the constitution has been designed to permit the smoothest possible transition, by not creating many new elected officials and allowing as many city functions as possible to go untouched. The constitution is available on a new website, where residents are invited to annotate and respond to it. Critics have already argued the legislature must be bigger than 13, to permit more say from residents. The commission has set a July 8 deadline for finalizing and voting on the constitution, so the District’s Board of Elections has time to certify the measure for a November vote.