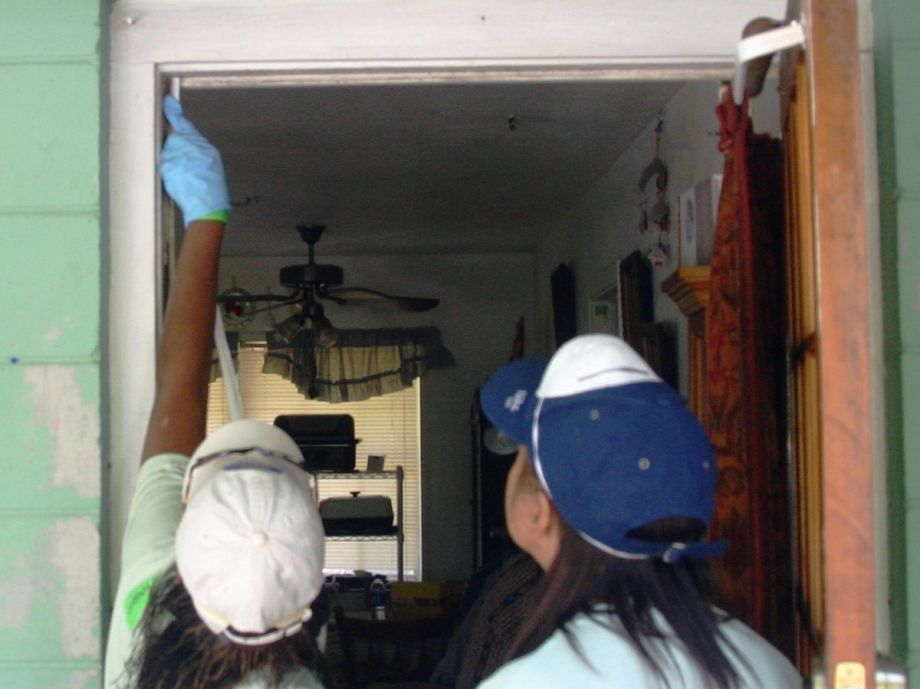 When most people think of Gainesville, Florida, they think of the Florida Gators, or the prominent music scene that inspired bands like Tom Petty and the Heartbreakers, Less than Jake, Sister Hazel, or Hot Water Music. Or maybe the little blue spot in a puddle of red (if it’s an election year). Most people think of Gainesville as the college town that houses University of Florida (and Florida’s youngest population). But for a great percentage of Gainesville residents, homework and playoffs have little to do with the daily struggle. In 2009, 35.3% of Gainesville’s residents were reported as living in poverty, more than double Florida’s 14.9%. For residents that make up this statistic, just getting by is the biggest daily struggle.

Three years ago, in 2008, Steve Schell thought of a way he can help. Schell started working on the Community Weatherization Coalition, a program where volunteers audit residents’ homes, a program that educates people while helping them save money.

This spring, as Florida shifts from uncharacteristic winter weather — Gainesville saw snow flurries for this past December for the first time since 1996 – to an unpredictable hurricane season and very predictable summer heat, Schell is leading a crusade to help Florida residents be more prepared for Florida’s manic weather, one house-call at a time. Currently, Schell, along with the volunteers he manages, does about 3 audits a week. 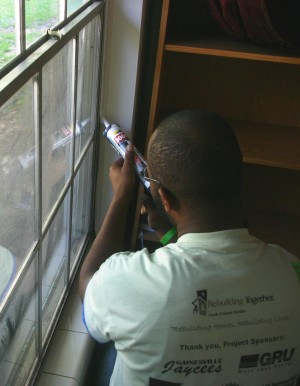 Michelle Bialeck: Why did you start the CWC?

Schell: There were some social organizations in town, some churches doing outreach in the community. They noticed that a lot of these residents that they were helping were complaining about very high utility bills. When you hear about how high they are, sometimes, it’s shocking. People said, “There really must be something we can do to help get these utility bills down.” So the CWC was born. It is a coalition of different agencies and nonprofits in town that are dedicated to improving the low income community in terms of saving energy.

Bialeck: How does the CWC work?

Schell: The homeowners come to us, they get the inspection, and right after our auditors leave, the homeowner already has more knowledge. Plus there’s some things we do while we’re there. These would normally be low-cost items for a homeowner to do; we do them for free. We’ll bring a dozen CFL’s (compact fluorescent lights). If they need them, we’ll install them. We’ll bring aerators to put on the faucets to cut down on water flow-we’ll install those on the spot. We can insulate the hot water lines, cover the water heaters. We can lower water-heater temperature. A lot of people’s water heaters are set too high. So we lower that temperature and save money right away.

A lot of times, in the low-income community, people are living in much older homes. They are drafty; they don’t have good insulation. They have old windows, lots of problems structurally. So [the volunteers] document all this, and all the agencies that are doing home-repair have various programs going on throughout the year that target specific things in the home. We look at that report and we see a home, for example, where the auditors said, “There’s not much insulation in the attic. We really need more.” Or, “Their air conditioning system and their heating system is 30 years-old.” So maybe one of our agencies says, “We have a program that’s doing heat, air-conditioning, and insulation now, so let’s get this homeowner on the program.” It’s a good way for the homeowner to get their case in front of everybody that can help at once.

Bialeck: Why is important to give students the opportunity to help?

Schell: Students are transient, but their voice is fixed. Students as a group, they’ve been here and they’re going to be here. We are benefiting form that decisions the students made back in 1997.

Volunteers see different problems every time, so they learn about these things and they can take that knowledge anywhere they go and tell other people about what they learned. And they can put those things to use in their own home. Half the volunteers are students. They go immediately back to their house and look for things that are causing their bills to get high.

Part of our program is an educational component. So we teach people how we can change their behaviors. We estimate that just by no-cost changing of behavior, no cost of anything, just understanding how your home uses energy, and changing the way you do things can save you 10%-15% percent off your energy bill.

Bialeck: And how do people find you?

Schell: We advertise, and we have applications and announcements that are available in lots of agencies around town where people would go to get assistance.

Bialeck: What is Gainesville’s biggest obstacle?

Schell: There are a significant number of people in this population that are living in poverty. And maybe, it’s because I do this that I see it. To a lot of other people it may not be so obvious.

It’s kind of like a company town and by that I mean, if you don’t work at the university, or you are not somehow involved in something that’s connected to the university, there aren’t that many opportunities in town. The university is the big employer here. You know so we need more economic diversity here in town. I think that’s a challenge. I think there are a lot people in town, both government officials and plain business people, who are really working to try and tackle that.

Schell just graduated 23 new volunteers to add to the 48 he already has. He hopes to get 20 audits done this March.