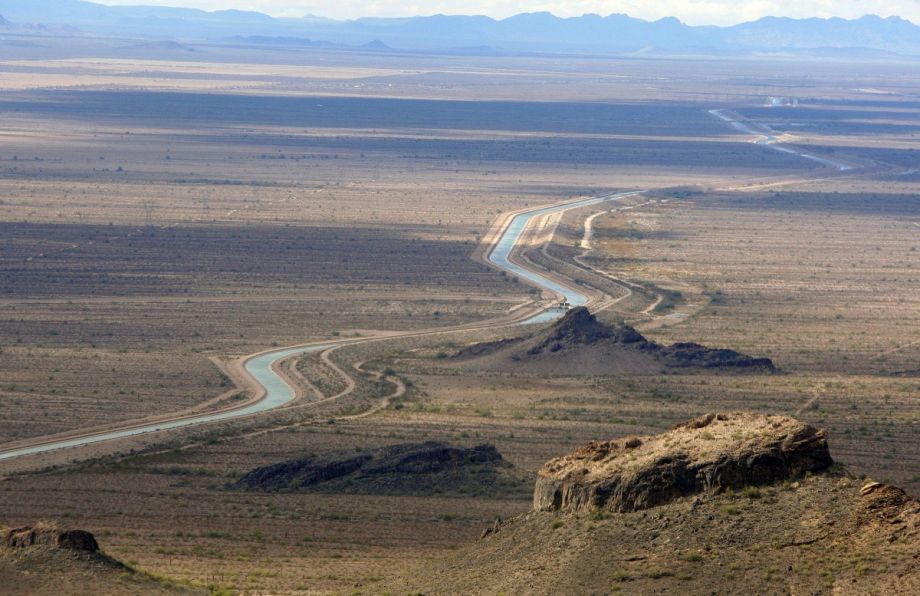 As uncertainty about water access in the West increases, the Decision Center for a Desert City at Arizona State University is connecting policymakers with research to make better resource management decisions for the future.

The DCDC has been conducting climate and water research in the Phoenix metropolitan area since 2004. Now, thanks to a $4.5 million grant from the National Science Foundation — the third made to DCDC by the NSF since its founding — the DCDC will expand its work beyond Arizona to other cities dependent on the Colorado River Basin in Colorado, Nevada and California.

The funding comes from the NSF’s Decision Making Under Uncertainty program. The DCDC and other groups receiving this funding aim to increase information available to decision-makers by developing analytic tools, facilitating interaction with researchers and bringing decision-makers together.

“We’re a boundary organization,” says Ray Quay, director of stakeholder relations at DCDC. “We try to bring science into public policy.” In Phoenix, the DCDC does this in part through collaborative research. Using satellite imagery, DCDC helped the city better understand how changes in water demand over time are related to changes in land use. The DCDC will now work to identify similar opportunities in Las Vegas and Denver, the first cities that will benefit from the expansion.

The DCDC also hosts “neutral convenings” in the Phoenix area where policymakers come together to discuss environmental concerns and solutions — topics that can ignite heated arguments in some places — and learn from one another in an uncharged space. For one such meeting, the DCDC brought together water managers from across the region with different viewpoints to discuss research and decision-making strategies about a potentially divisive issue: How should cities respond if an extended drought requires them to shift from using surface water to groundwater, what DCDC calls the “All Straws Sucking Scenario”?

“Arizona water is highly regulated, and water utilities are uncomfortable being open in discussion when an agency that regulates them is part of the discussion,” says Quay. DCDC was perceived to be an unbiased host.

Expanding into Denver and Las Vegas, the DCDC will conduct surveys of the general public and water managers to identify problems, areas where agencies feel they have answers to share and topics requiring regional discussion.

One of the organization’s primary research and education tools is WaterSim 5.0, which estimates water supply and demand for Phoenix and the 32 cities in its metropolitan area. Users can control as many as 53 inputs, including river runoff, percentage of wastewater reclaimed, population growth, and per capita water use, and then see the impacts of these decisions on water supply, water demand, and a variety of sustainability indicators.

The WaterSim 5.0 tool from the Decision Center for a Desert City at Arizona State University

David Sampson, WaterSim’s lead developer, says the tool was originally intended to help water providers with planning, but that the program isn’t yet perfectly suited for their needs. “The nice thing about WaterSim is that it’s an aggregate of all the cities,” says Sampson, “but the cities of course only work within their own [boundaries].” One goal with this round of NSF funding is to allow finer spatial parsing of WaterSim’s region, allowing water providers and managers to make finer-grain decisions. Sampson is also working to integrate a groundwater model that is based on supply rather than credits.

At present, WaterSim is primarily a tool for education and outreach, and the DCDC has also created a less complex educational model, an online version that has just five inputs. WaterSim can be used “to tell stories,” says Quay, by leading members of the public and elected officials in a guided discussion using the interface. “One story might be that there is no silver bullet.” As people better understand the complexity of the system, supplies and management, they see that “there really is no one solution under the uncertainty of climate change and drought,” says Quay.

Another story is that “it’s not just the system that’s complicated, but how people use the system and benefit from the system that’s complicated as well,” says Quay. Farmers value water differently than manufacturers, who value water differently than homeowners or environmentalists. “They all have different perspectives on what sustainability means,” says Quay. “Using this tool we can show how to maximize sustainability from all of these viewpoints, but that there’s no way to maximize sustainability for all of these viewpoints.”

Quay says it’s unclear how the DCDC will extend its modeling capacity to include other Colorado River Basin cities. It will depend on whether different regions will see a benefit, he says, and what types of modeling systems they already use.

The DCDC is working to create more educational modeling tools, though. Sampson is developing a scaled-down water supply and demand simulation for a traveling Smithsonian exhibition that will visit all 50 states in the next five years. Sampson and the DCDC will create a model for every state, with elements that look at climate change and human use.

“People can learn a little more about water decisions and water use and how that relates to climate change,” says Sampson. “Every state has a different challenge.”