2 Supersmart Solutions to Our Biggest Water Problems – Next City 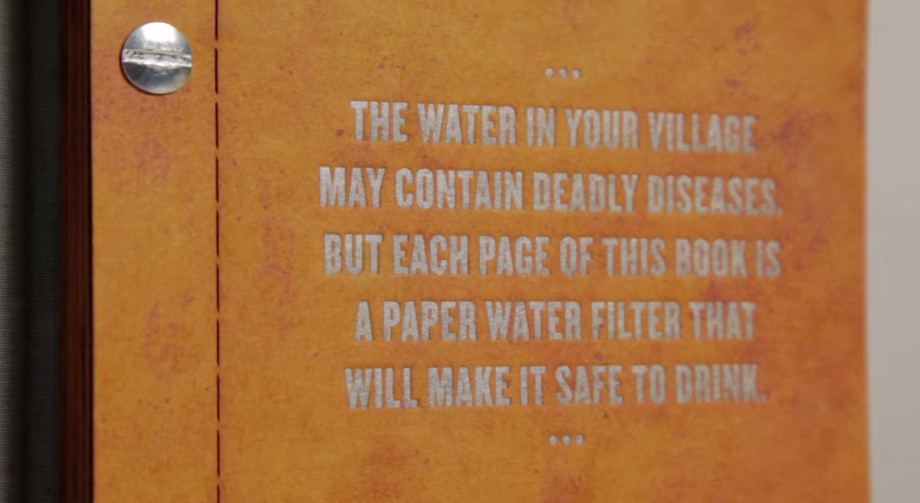 Drought, flood, toxins, disease: These are just some of the problems that come with water, the problems that people have been trying to manage since the earliest days of civilization. Some of humanity’s most impressive feats of engineering and technology have come as the result of efforts to control, clean and stabilize the supply of this indispensable element.

Today, the world’s water systems are more complicated than ever before, and with billions of people now dependent on the planet’s finite water supplies, the need to manage water problems in an innovative, forward-thinking way is more important than ever.

Increasingly, tech entrepreneurs as well as scientists and activists working in the name of the public good are coming up with solutions. Here are two that have caught my eye in recent weeks.

The Book That Cleans Water


Waterborne illnesses such as cholera and typhoid kill an estimated 3.4 million people around the world each year. Now Teri Dankovich, a chemist currently doing post-doc work at the University of Virginia, has developed a type of paper coated with silver nanoparticles that attract bacteria. Pour water through the paper as you would through a coffee filter, and it will come out 99.9 percent cleaner on the other side, the same level of purity that is the standard for drinking water in the developed world.

Dankovich has teamed up with the group WaterisLife and the ad agency DDB to create a 20-page book made out of the paper that is a prototype to be used in places where the water supply is a major vector for disease. Printed on the pages of the book, which are designed to be torn out and used with an accompanying box to filter water, is information about the health risks of drinking contaminated water.

A pilot effort is bringing the book, printed in English and Swahili, to Kenya. One copy can clean four years’ worth of drinking water for one person. WaterisLife hopes to scale up the effort in the future. “One of WaterisLife’s biggest challenges (beyond providing clean water) is teaching proper sanitation/hygiene,” the project’s designer, Brian Gartside, told Slate. “So this was a perfect opportunity to not only introduce the new filters, but also to do it in a way that meaningfully addresses both problems.” 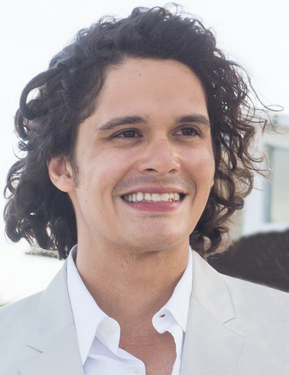 Entrepreneur and soil scientist Jason Aramburu, just 29 years old, has already developed one product to help sustainably increase food yields: a kiln that enables farmers to convert their farm waste to biochar, a charcoal-type substance that can be used for fertilizer and cooking fuel, reducing the need to purchase commercial fertilizers and simultaneously preventing deforestation.

Now Aramburu is marketing a “smart gardening system” called Edyn, which uses a solar-powered sensor to analyze soil conditions and assess watering needs. Gardeners use an app to get recommendations on the best type of plants for their soil and evolving fertilizer requirements, while the system’s water valve — which is compatible with all conventional watering systems — will deliver water when it’s needed and in the necessary quantity, cutting down on water waste.

Edyn will go on the market next spring. Aramburu hopes that it will be profitable enough that he will be able to turn around and sell it to users in the developing world at a reduced rate, as he did in the biochar project. “I don’t think we can continue the business as usual of just trying to maximize profits,” he told the New York Times. Aramburu also said that he thought a for-profit model would allow him to attract better talent and more diverse funding sources. “I believe in the notion of doing good and doing well at the same time,” he said.

There are countless innovators like Aramburu and Dankovich out there, working on ways to advance the way we manage and consume water. In Milwaukee, for instance, the state of Wisconsin has built the Global Water Center, an incubator and accelerator for water-based tech startups that connect business interests and academic researchers.

It’s a good thing all these smart people are working on the problem. Because as populations soar and the stress on the global water supply grows ever more dire, we’ll need all the innovation we can get.