How the Twin Cities Are Battling an Old Sewer Villain 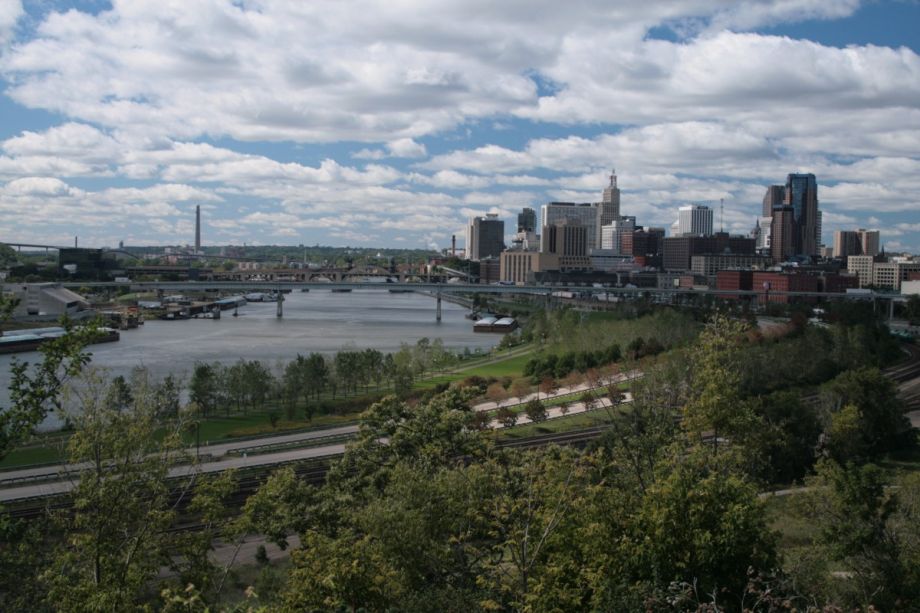 In the Twin Cities in Minnesota, the local wastewater utility is spending $100 million a year — and plans to do so for the next 10 to 20 years — to replace 600 miles of aging sewer pipes.

In one neighborhood a sinkhole that opened last year revealed a half-mile of corroded sewer lines.

The cause? In part, water conservation.

“This is a huge emerging issue,” says Marc Edwards, an environmental and water engineering professor at Virginia Tech, who’s known as the “Plumbing Professor.”

Sewage feeds bacteria that produce hydrogen sulfide — the “rotten-egg smell.” That gas creates corrosive acids. When communities use less water — through low-flow toilets or shower heads — it changes the ratio of sewage to water, and that has had unexpected consequences on our nation’s infrastructure, says Edwards. In other words: This isn’t just St. Paul’s problem.

“We’re still producing the same amount of poop, and … if we cut our water use in half, the amount of water per unit of poop has gone down by half,” Edwards explains. Without getting into too much detail, less water makes for thicker, slower-flowing sewage.

Not only is that sewage more concentrated, it also moves less quickly, which means it spends more time in pipes. “In combination, that creates a lot more bacteria, which causes corrosion.” (One of those species was once called Thiobacillus concretivorus — “concrete eater.”)

Sewers were designed for cities as they were built decades ago, Edwards says, with certain assumptions about things as invisible as how quickly sewage flows through underground pipes. Change those data points and you have unintended, unanticipated consequences.

Of course, water conservation isn’t the only factor. According to a 2009 scientific paper presented at the Corrosion & Prevention conference in Australia, which is a real thing, engineers as early as 1900 noticed their pipes weren’t always holding up perfectly, though it took years before the root cause — sewage-eating bacteria — was properly blamed.

Slight variations in the type of concrete used can be a factor, says Tim O’Donnell, of the Twin Cities’ Metropolitan Council Environmental Services, as is the configuration of the pipes, which can cause either splash zones within the pipe or places where the flow stagnates.

But O’Donnell says that, while water conservation is unambiguously a good thing, “I think one of the unintended consequences is we’re seeing a little bit of lower flow through our collection system and consequently a slightly higher concentration of the solids.” MCES has also been working with communities to reduce the amount of clean rainwater that enters the sewers, undoubtedly a good thing for water conservation but another factor in the flow rates of the stuff inside the pipes.

“As we’re reducing those other sources of water,” he says, “that’s when we start to see these solids settling out, and it does go septic.”

Finally, in many cities, St. Paul and Minneapolis included, pipes are just old: O’Donnell says a typical concrete pipe is expected to last 50 years; some of the ones MCES oversees are a century old.

Nationwide, replacing wastewater infrastructure could cost $300 billion over the next two decades.

So what to do? Venting sewers to let the gas out works somewhat, but sewer gas smells … like a sewer, which is not popular with neighbors, not to mention that high concentrations of hydrogen sulfide can actually be dangerous.

As the wastewater utility that serves the Twin Cities and more than 100 other nearby cities, MCES is repairing 600 miles of sewer over the next two decades.

In some areas, says O’Donnell, crews are using cured-in-place pipe liner, a “felt kind of material” injected with resin. A crew inserts the tube into a pipe and runs water through it, “basically like inflating a balloon.” Then hot water hardens the resin, and the pipe liner is strong enough that if the original concrete pipe deteriorated further, the liner could stand on its own.

In other areas that MCES serves, it’s replacing the concrete pipes wholesale with ones made of plastic, which resist corrosion. “We’re hoping that’s the best new approach that’s going to give us upwards of 50 years of extended life,” he said.

For now, though, it seems like the options on the table — in St. Paul and across the country — are to repair or replace sewer pipes, and hope those pipes keep flowing.