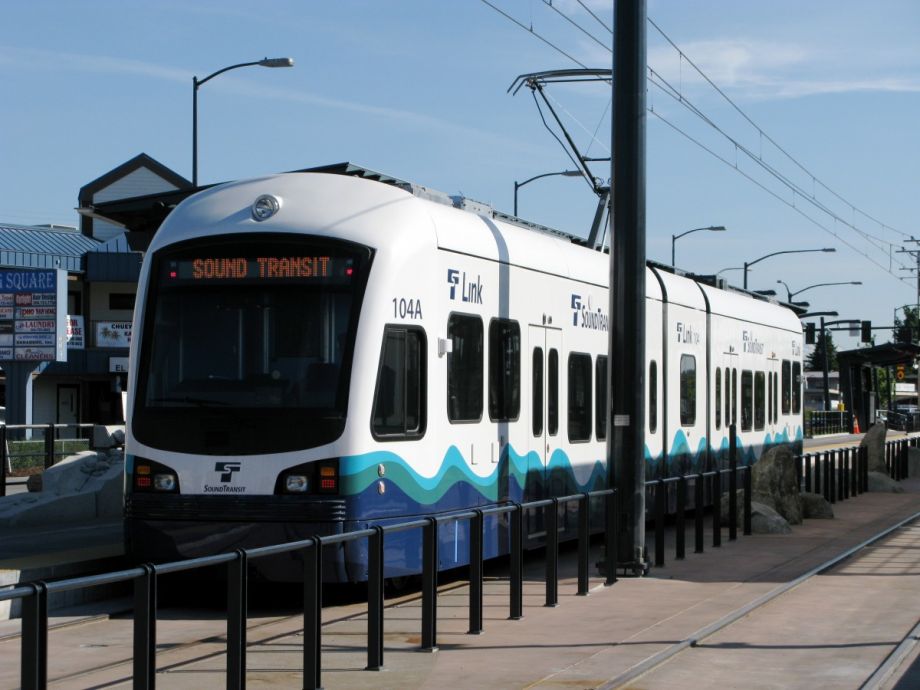 Late last month, the Washington State House passed a bill to reduce the motor vehicle excise tax — the tax vehicle owners pay for their car tabs — after voters agreed in 2016 to raise it to help fund Sound Transit’s massive light-rail and bus expansion. Framed as a way to right-size inflated car tab calculations, the bill will cost Sound Transit $780 million in direct revenue and as much as $2.3 billion in added debt service from increased borrowing. Advocates and agency spokespeople worry that the lost revenue could lead to project delays or a scaling back of the voter-approved transit plan.

Sound Transit runs the Seattle region’s light-rail system along with express buses and commuter rail. In Nov. 2016, voters approved the agency’s $54 billion third phase of expansion, called ST3, which will add 62 miles of light rail to the region over the next 25 years as well as increase bus and commuter rail service. Nearly half of that funding comes from a mix of increased motor vehicle tax, as well as and property and sales tax.

Even though voters approved the funding package, when the car tab increase kicked in last year, it caused some sticker shock, especially for people with newer vehicles. Car tabs on a vehicle worth $10,000, for example, jumped from $30 a year to $110. The cost calculation, which the agency has used since 1990, inflates the car’s value for the first 10 years of its life compared to its Kelley Blue Book value. The House bill would recalculate motor to track more closely with Kelley Blue Book values.

“It’s well past time for the Legislature to act and restore public confidence on this issue. … This bipartisan solution fixes car valuations and returns $780 million to tax payers to make up for these overpayments, while still keeping voter-approved light-rail projects on track,” said primary sponsor Rep. Mike Pellicciotti, a Democrat, in a press statement.

Though $780 million is a small percentage of the total expansion package, the lost funding will have an impact.

“If the money doesn’t come in, it could affect our ability to deliver the projects voters approved on the timeline voters approved,” says Sound Transit spokesperson Geoff Patrick. “The only alternative without the revenue is to take longer to build projects. Doing so offsets the period of revenue collection. It would require difficult decisions by our board in terms of how to manage that.”

The possibility of revenue cuts come at a time when Sound Transit’s budget is already being threatened by reduced federal support for transit and rising land and construction costs in the region. One option to offset the lost car tab revenue is to borrow more. That could cost up to $2.3 billion in interest and other payments related to borrowing.

The agency is hoping it doesn’t come to that, however. Patrick says. “We’re asking that any impact of reduced revenue be offset by the legislature. Whether finding other revenue to offset loss or reducing our costs in other ways.”

Transit advocates are pushing the legislature to commit to making up for the lost vehicle excise tax revenue, as well.

“We have historically been and continue to be opposed any direct effort to take money away from ST3,” says Transportation Choices Coalition advocacy Director Abigail Doerr. “We’re opposed to the bill passed in the House. However, we’ve been working very hard with legislators to meet in the middle.”

One idea advocates have floated for offsetting costs is the state cutting Sound Transit a break on land leases. Lots of the light-rail expansion will be built on land owned by the Washington Department of Transportation. Sound Transit will lease the right of way. Advocates want the legislature to approve a lower lease rate to help reduce costs.

This is not the first time the legislature has gone after Sound Transit’s motor vehicle excise tax funding. An earlier version of Pellicciotti’s bill passed out of the House. The Senate passed its own version of a vehicle tax reduction. But neither would agree to adopt the other’s bill and the legislative session ended before compromises were made. Libertarian activist Tim Eyman has run several statewide ballot initiatives to cap car tabs at $30. Several of the initiatives have been approved by voters, but overturned by the legislature or the state supreme court. His most recent attempt failed to collect enough signatures to qualify for the ballot.

Though the car tabs cut is a strong possibility, some Republicans say it doesn’t go far enough. Sen. Steve O’Ban held a press conference last week to push his more drastic version of the bill.

“The most consistent email and call we get is, ‘when are you going to reduce our car tab tax?’” said O’Ban at the press conference. “When I talk to constituents … there’s less than enthusiastic support for the Democrat bill. My bill would reduce the car tab tax by 55 percent.”

Deeper cuts are unlikely to come from the Democrat-controlled legislature. Dem leadership has publicly stated that they want to find a balance between reducing car tabs and getting the ST3 package complete.

Sen. Marko Liias, the majority floor leader, told the Seattle Times, “We just want to make sure that whatever we’re doing here to provide car-tab relief doesn’t make light rail delayed or canceled to the places it needs to go.”

“To be clear, we don’t like that we’re having this conversation. Voters approved ST3. This is what they wanted. … But if we can figure out either cost savings or additional revenue, we would be satisfied with that. We want to support transit all over the state and think this bill is a distraction from that,” says Doerr.