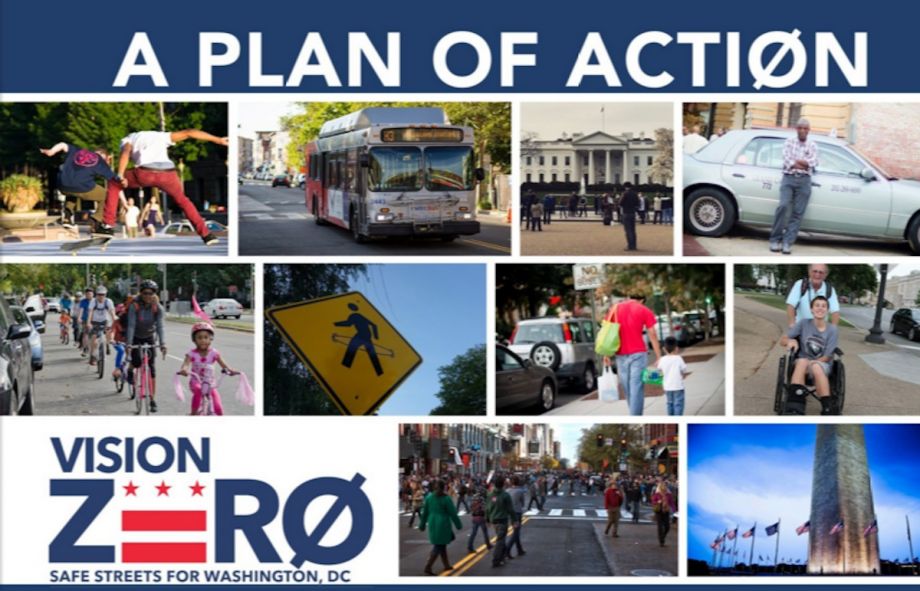 As Washington, D.C. prepared its Vision Zero action plan, released this week, officials surveyed citizens about city traffic and pedestrian safety — and found that 45 percent of residents they talked to knew someone who had been killed or seriously injured in a crash. While traffic-related fatalities have been dropping over the last decade in the District (through Dec. 10 this year, 24 people have died in such incidents), the goal is to get that number to zero by 2024. 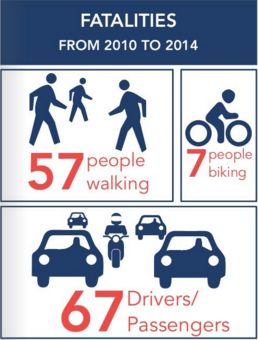 “Now that we have a smart plan, we will make the necessary changes to our street network so that residents, workers and visitors can safely navigate our great city,” Mayor Muriel Bowser said in a press release on Wednesday.

Bowser and D.C. are on a growing list of mayors and U.S. cities prioritizing safer street design. New York and San Francisco were the earliest adopters of Vision Zero in America. San Diego unveiled a plan over the summer. In September, San Francisco reported that thanks to a variety of city agency-led strategies, drivers are yielding to pedestrians in greater numbers there.

DDOT Director Leif Dormsjo highlighted speed reduction as central to the D.C. initiative. Slowing traffic is key to many Vision Zero plans. New York City is a little over a year into posting 25 mph as its default speed. In D.C. currently, the fine for going over the speed limit by 25 mph is $300; the new plan proposes increasing that to $1,000.

In addition to better streets planning, data and mapping are another focus for D.C. Using the District’s online Vision Zero map, residents can bring attention to particularly dangerous or troubling areas in their commute.

From 2010 to 2014, there were almost 2,000 crashes involving taxis. 392 resulted in injuries, 18 resulted in disabling injuries, and one resulted in a fatality. The growing “vehicle for hire” industry, including taxis, and … companies like Uber and Lyft, must participate in Vision Zero.

The initiative looks to the more creative aspects of safety too, with one art-centric strategy.

The sidewalk and bicycle network is a focal point for protecting “vulnerable users,” and D.C. aspires to help pedestrians and cyclists by doing everything from expanding sidewalk space to negating street harassment through events and education. The current fine in D.C. for striking a bicyclist is $50; the plan proposes upping that to $500.