Washington, DC, Just Made It Easier to Ride Transit, But Will Riders Return? – Next City

Washington, DC, Just Made It Easier to Ride Transit, But Will Riders Return? 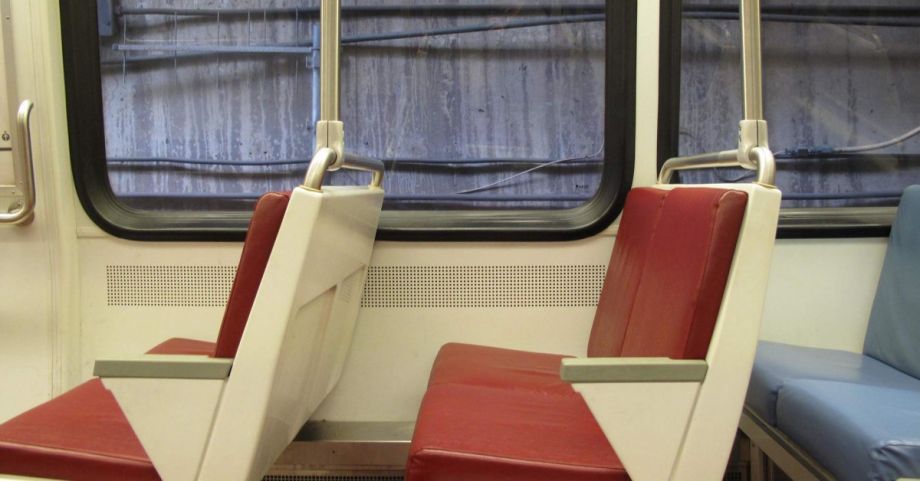 During its first-ever virtual meeting on April 7th, the Council of Washington, D.C. passed the Transit Benefits Equity Act (“Equity Act”). The bill, which Council staff expect to become law, aims to encourage transit ridership in the D.C. area by requiring more employers to offer subsidized fares. That transit benefit can be offered either as an employer paid, non-taxed fringe benefit or a pre-tax deduction an employee can take from their pre-tax salary.

This rule change may come at just the right time for the prospects of public transit in D.C. A double-whammy of coronavirus consequences — budget shortfalls and shaken rider confidence — may cripple the rail and bus transportation in the District of Columbia. Advocates hope the new neutrality for commuting benefits shifts rider incentives while the Council considers a more ambitious direct subsidy bill.

The Equity Act requires companies in the District that offer employees free or subsidized parking to also offer subsidized transit fares. The companies must also allow employees to take the value of the parking benefit in cash to cover walking, biking or carpooling. “It’s all about giving employees the flexibility and choice that they need to do different things on different days” to get to work, says Cheryl Cort, policy director of the Coalition for Smarter Growth, a D.C.-area advocacy organization that’s supported this bill for several years.

For instance, a nonprofit Cort spoke with gave an expensive parking benefit to all their employees. “The personnel manager says, ‘Look, I know a guy who bicycles most this week, but he takes the parking benefits, because sometimes you might drive and it’s free to him, right?’ [But,] it’s very expensive to the organization” to offer parking benefits to someone who almost never uses them. If that employee could get the same value of the parking benefit, but cashed out to cover biking, “that guy … will be incentivized to bike more and drive less,” Cort says. “ We just need to get the incentives right. … Right now, the economic incentives for too many employees is to drive versus to take a more sustainable form of transportation.”

Nothing in D.C.’s Transit Benefit Equity Act requires employees to ride public transit or employers to cover transit commuting. The legislation just ensures that workers having their parking paid for by work also have the option to receive farecards of equivalent value. If only 10 percent of D.C. employees were offered new transit benefits thanks to this law, that would represent 36,000 new riders to D.C. — a 5-10 percent increase in the city’s transit ridership.

“We’ve worked really hard. Councilmember Allen, myself and … some of the activists who were keen on doing this,” says Councilmember Mary Cheh, who chairs D.C. Council’s Transportation Committee. They met with the business community throughout 2019 and early 2020, asking stakeholders: “Well, what concerns you? What would make this palatable? What are you willing to accept?”

Smaller companies worried about the administrative costs: Companies can access reduced tax bills themselves by offering transit benefits, and other savings like reduced health care costs from lower-risk employees, but those medium- to long-term savings aren’t easy to access without the skills of a large HR department or hand-holding helpers like GoDCgo, a public and employer outreach arm of the District Department of Transportation. Large employers, on the other hand, tend to have assets like land where parking lots for employees can be a revenue source.

Councilmember Cheh said the last key stakeholders they won over were D.C. hospitals and universities. Facilities of those types tend to own and operate large parking garages and utilize complicated schedules of fees and access rights for staff and visitors. “If you look at Catholic University’s parking fee schedules, they’re the most elaborate set of spreadsheets that have all sorts of variation and pricing based on who is the user and time of day and time type of facility and by the month,” said Cort.

The final act would cover all companies with 20 or more staff, which is 88 percent of all employees in D.C.Companies can also comply with the Equity Act by increasing their contribution to employee health-care premiums, paying a fee, or implementing a plan that otherwise reduces single-person car commuting. And according to Councilmember Cheh, reducing the reporting requirement from annual to every two years won over business community stakeholders frustrated with already arduous compliance paperwork.

Requiring employers to offer commuting benefits in equal value for all travel modesis critical to D.C.’s long-term transportation and environmental goals. The city’s MoveDC plan aims to improve transit service with better bus service, a larger and more connected bike network, and the adoption of shared vehicles like bikes and scooters. The SustainableDC plan aims to increase active commuting — walking, biking, and scooter-riding — to 25 percent of the workforce. (That figure sits at 3.3 percent today for the region, but closer to 20 percent for D.C. proper.) Compelling D.C. employers to give fair benefits treatment to all transportation options is an important step toward those objectives, according to Cort.

But the current pandemic could decimate progress toward those goals. Coronavirus mitigation efforts in America’s potential 51st state have smashed transit ridership to 10-20 percent of normal levels. The Washington Metropolitan Transit Authority (WMATA) drastically cut service once D.C. began pandemic mitigation, and the transit authority asked residents not to ride unless absolutely necessary. But, many transportation experts speculate riders won’t come back in big numbers when pre-pandemic commuting patterns return. Will D.C. residents, and workers across America, fear the shared space of a train or bus?

“I’m concerned that this has really started to change people’s attitudes,” says Katherine Kortum, a D.C. resident serving on the WMATA Rider Advisory Council, a volunteer group that advises the agency and acts as as an advocate for riders. She’s worried based on “the facts we’re starting to see out of China — the significant increase in interest in using a private car instead of transit. And we are in a country that has, for the most part, much higher disposable income and much more of a car culture than China’s.”

Kortum, also a transportation expert and citizen advisor to the D.C.-area Metropolitan Planning Organization, says America’s shifts away from transit commuting could be even more pronounced. “Especially when studies such as the one coming out of MIT are trying to indicate that the subway was a major spreader of COVID in New York City. Studies that are not well peer-reviewed. … And people [in the media] run with it. That sort of thing, I don’t think helps at all.”

Like with most speculation about our post-pandemic future, public transit isn’t surely dead but probably needs help. Kortum and other non-partisan transportation experts agree American transit systems will probably need investment from Congress beyond this month’s $25 billion. The challenge for advocates is convincing people to ride transit in even greater numbers than before. Fringe benefits for mostly high-skilled workers probably isn’t enough to generate a public transit revival.

Before coronavirus cratered D.C.’s budget, Councilmember Charles Allen introduced possibly the most ambitious transit policy from D.C. in a decade: $100 per month fare subsidies to D.C. residents. The provision would help the lowest-income workers access transportation they need, but maybe also sway middle- and upper-income workers into transit who weigh trade-offs between their travel options.

But, is Councilmember Allen’s costly transit subsidy idea impossible given the District’s current and future coronavirus budget crunch? “I don’t think so. I hope not,” says Councilmember Cheh. “A lot of things have been upended by this whole coronavirus emergency. But, when we get back to you know, sort of our usual lawmaking you know, funding various things that we want to do, I don’t consider [the fare subsidy idea] dead.”

Gordon Chaffin is a reporter for Street Justice, a news organization covering transportation, energy, and infrastructure throughout the Washington, D.C. region. Street Justice produces a free, weekly digest on Sundays covering national trends. Weekday reports include a reported story, a calendar of civic meetings, and a list of projects open for public comment.