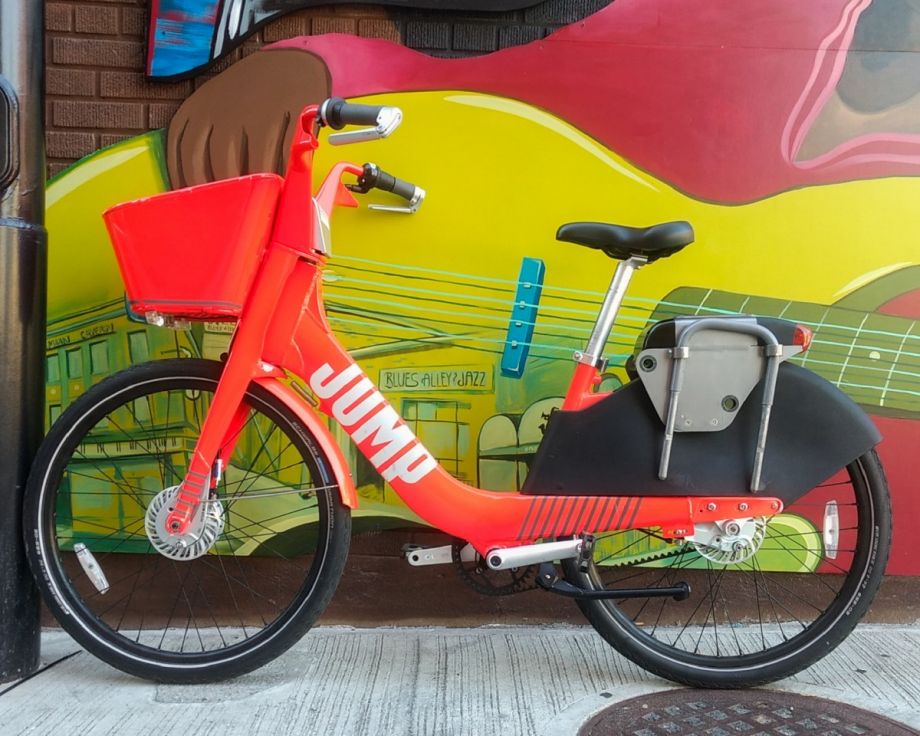 After a yearlong pilot, D.C. has announced proposed rules to regulate its burgeoning e-scooter and dockless bike industry, WTOP reports.

It would also require bicycles to come with a lock. This requirement already went into effect, in August, just as three dockless companies — Ofo, Spin and Mobike — were pulling out of the city.

The rules will also allow the District to start charging for permits; starting in 2019, companies will have to pay an application fee of $50 per permit, a “technology fee” of $25 per permit, and a permit fee of $250 per year plus a per-vehicle fee.

The per-vehicle fee will range from $5 to $60 depending on the month in which a given vehicle goes into operation; the earlier in the year, the bigger the fee.

$60 per year would be four to six times higher than any other city charges, as Next City has previously reported, but lower than the original proposed fee of $200 per vehicle. Other cities typically charge an annual licensing fee in the three figures and a per-bike fee of around $10 to $15.

The regulations also would require companies to provide a $10,000 security deposit with the District that the city will keep if the company fails to remove badly parked vehicles.

“These proposed regulations are an important first step in our long-term plan to manage the future of the dockless program,” Jeff Marootian, director of the District Department of Transportation (DDOT), said in a statement, reported by SmartCitiesDive. “This permitting process gets us closer to achieving Mayor [Muriel] Bowser’s sustainable transportation goals by requiring dockless operators to prioritize safety, equitable access, and good stewardship of public space.”

The jury is not quite in yet on how scooters have reshaped the District, although. In Portland, a survey of 4500 scooter users seems to hint that scooters really are taking cars off the road. One-third of respondents said that if they hadn’t scooted, they would have driven a personal vehicle or hailed a cab or transportation network company car (such as Uber or Lyft). Another of the proposed D.C. regulations would require companies to share data with the city, so answers on how scooters fit into the mobility system in D.C. may be soon forthcoming.

D.C.’s dockless pilot program began in September 2017. Currently, five companies have permits under the pilot: Jump, the Uber-owned e-bike company; and four scooter brands: Bird, Lime, Lyft and Skip. Muving, a scooter-share company based in Europe that rents Vespa-like scooters, has also asked to join the DC market, WTOP reported separately. Those scooters, which are also fully electric, have a top speed of 27 miles per hour and require helmet use (which are included). A Muving spokesperson told WTOP that the company can’t disclose details of its conversations with the District, so the timeline for when Muving may arrive, or whether it is even regulated under the new dockless rules is unclear. (The city document defines “dockless scooter” as a scooter that one rides while standing; Muving’s scooters are ridden while sitting down, and seat two comfortably.)

The D.C. regulations are open for public comment for the next month.