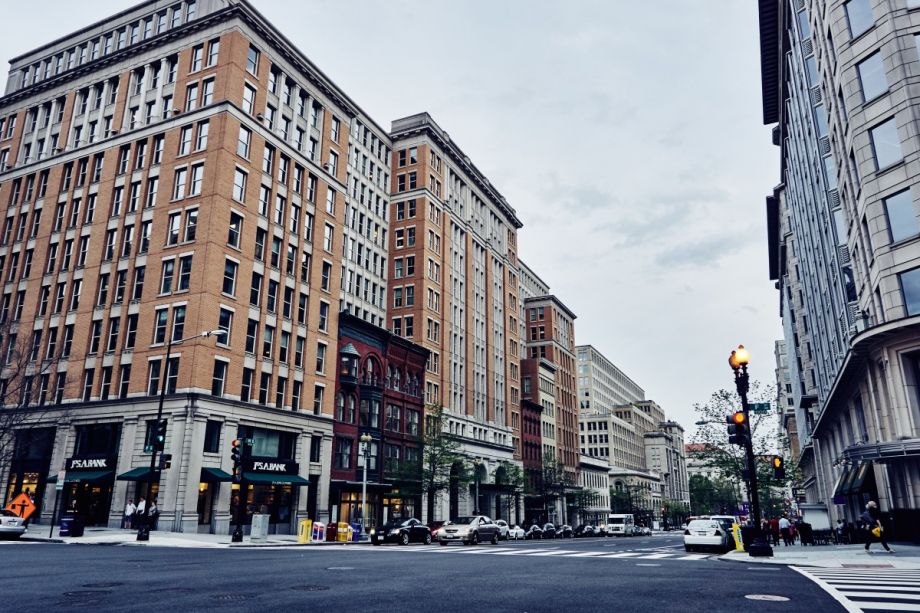 To ensure that publicly owned properties are used for maximum community benefit, Washington’s Department of General Services is creating a data warehouse of all District-owned and leased properties and proposing a land bank. (Photo: Alexey Topolyanskiy on Unsplash)

Washington D.C. has a broad real estate portfolio that includes thousands of residential and commercial properties valued at more than $11 billion. An estimated $1 billion more worth of properties remain vacant, abandoned, or tax-delinquent, providing little to no value to their surrounding neighborhoods, waiting to be acquired and turned around in ways that could enhance communities. Now, the District is working to improve how it manages and monetizes these assets for the benefit of its residents and workforce.

“Maximizing returns in the public sector is about more than just dollars and requires the ability to be creative, resourceful, and knowledgeable about everything you’re working with,” said Keith Anderson, director of Washington’s Department of General Services (DGS), which oversees the District’s owned and leased assets. Expanding affordable childcare for low-income families, for example, is a key priority for the District. To help advance that goal, DGS provides below-market or rent-free space to childcare providers in distressed areas that agree to offer services at significantly reduced prices.

DGS is also deploying vacant land in its portfolio to support the District’s urban agriculture program, which teaches school children about subjects such as farming, nutrition, and environmental sustainability. “Those policy objectives don’t always come with financial returns,” said Anderson. “But they can activate resources in ways that benefit the community over the long-term.”

Tasked with ensuring that publicly owned properties are used for maximum community benefit, DGS is creating a data warehouse and proposing a land bank, which would allow the District to acquire certain neglected properties and convert them into assets. Having reliable data is important for any agency, but it’s mission-critical for DGS. To ensure properties are being used to benefit residents, it needs a clear picture of all assets. “It’s the simple idea of knowing what you own, knowing where those things are, and knowing their value,” said Ikeogu Imo, associate director of the DGS Portfolio Management Division. “That has to be the baseline for any activity we pursue. Without it, we would be taking shots in the dark and hoping that something comes out of it.”

DGS is not the only District agency that uses property data to carry out its work. The Department of Energy & Environment, the Department of Disability Services, the Office of the Deputy Mayor for Planning and Economic Development, and the Office of Tax and Revenue do as well. But each agency has its own system for tracking information. There is no central repository with information about all District-owned properties, such as location, occupancy details, condition, square footage, market value, tax status, and lease terms. And because the various systems don’t talk to each other, changes captured in one agency database may not be reflected in another.

Working with DGS, FUSE Corps executive fellow Edwin McClendon helped secure funding for the creation of a data warehouse that will serve as a clearinghouse for all District-owned and leased properties, pulling from multiple databases within and outside of DGS. That streamlined view will help the agency maximize the return on its assets. For example, the warehouse will include dimensions for each property, which will help the agency estimate maintenance costs more accurately. It will also enable the department to issue invoices for its 160 or so rental properties and better track when rent — money that can be used to fund District programs and services — is overdue.

Improved data will help the District be more strategic about land management decisions as well. Using latitudinal and longitudinal coordinates from the data warehouse, DGS will be able to geocode District properties in Google Earth to see where they’re clustered, what condition they’re in, and whether or not the space is meeting the needs of the community.

In addition to the data warehouse, McClendon proposed the creation of a land bank, legal entities created by governments or nonprofits to acquire vacant, abandoned, or tax-delinquent properties in service of policy goals, such as reducing blight or expanding affordable housing.

Tax-delinquent properties are typically foreclosed and sold for a pittance at auction to speculative buyers, who take possession if the owner fails to pay back taxes within a certain time frame. The process is lengthy with no guarantee that the buyer will use the property in a way that benefits the community. “Often, they don’t even mow the lawn,” said McClendon. “So you’ll see lots of dilapidated properties around the District that are owned by speculators — everything from houses and condos, to warehouses and office buildings, to retail and restaurant space.”

In other cases, properties are just stuck. They’re rejected by the private market because there’s no clear title, the property would cost too much to rehabilitate, or back taxes exceed its market value.

Land banks can overcome some of these hurdles, however, because legislation typically gives them special powers, such as the ability to move problem properties quickly through the tax foreclosure process, establish clear titles, and hold properties as tax exempt. McClendon estimates that upwards of $1 billion worth of property in the District could be acquired this way.

To inform his proposal, which is currently making its way through the legislative process, McClendon analyzed land banks in 10 jurisdictions. “There are an enormous number of variables,” he said. “What kind of legislation is used, how financing has been put together, acquisition and disposition rules, treatment of tax foreclosures, how the land bank is wound down once its mission is accomplished.”

While each land bank is different, there are recommended best practices. One is establishing stable financing. Disposition of land bank inventory, which has little economic value, is rarely enough to cover the substantial costs of resurrecting problem properties. Many land banks are funded through a hybrid of sale proceeds, public financing, and grant funding. McClendon’s proposal includes taking a percentage of delinquent property tax recoveries. Land banks also need to function alongside efficient building code and tax enforcement, which can help keep properties from being abandoned (and foreclosed on) in the first place.

Another best practice is establishing a representative board of directors that prioritizes community participation. “There has to be a genuine emphasis on community engagement,” said Kim Graziani, vice president and director of national technical assistance at the Center for Community Progress, a nonprofit focused on property revitalization.

Engaging the community is especially important, because land banks often acquire properties in communities of color that have been hard-hit by discriminatory housing policies such as redlining. “These are neighborhoods that have really suffered,” Graziani said. “In order to be effective, land banks have to function as true public agencies that are accountable to the community.” That includes having clearly articulated goals, transparent rules for disposition and acquisition of properties, and a formal mechanism for getting feedback from the community.

With its powerful new data-management tools, Washington already is starting to take a more holistic approach to community development than it has been able to in the past. When the lease for one District agency was set to expire recently, for instance, policymakers decided to relocate the entire agency to an area that had been marked for revitalization. “In the past, DGS would simply have gone out and sought a new lease in that market, and that would have been the end of it,” said Imo. Now, they can look at the whole ecosystem of land assets in the area before making a decision.

“If we move 900 people to this market, what does that mean for infrastructure in the neighborhood?” said Imo. “What does it mean for parking? If a restaurant opened in the area to service employees during the workday, could it survive over the weekend? If not, what could we do to help ensure the viability of that small business? Maybe we could convert another property in our portfolio into a public garage that’s free on weekends but paid on weekdays. That way, we’re encouraging activity that isn’t just about our own people going to work and then leaving the neighborhood high and dry.”

For Anderson, this kind of strategic approach to community development depends on having good, reliable data so that decisions can be made from a data-driven position. “Having that more comprehensive view of what’s in the District’s portfolio,” he said, “allows us to do things differently and with better understanding.”

Rikha Sharma Rani is a Bay Area-based freelance journalist who writes about urban and social policy. Her work has been featured in the New York Times, CityLab, Politico Magazine and more.