Was Chicagoland Staged? – Next City 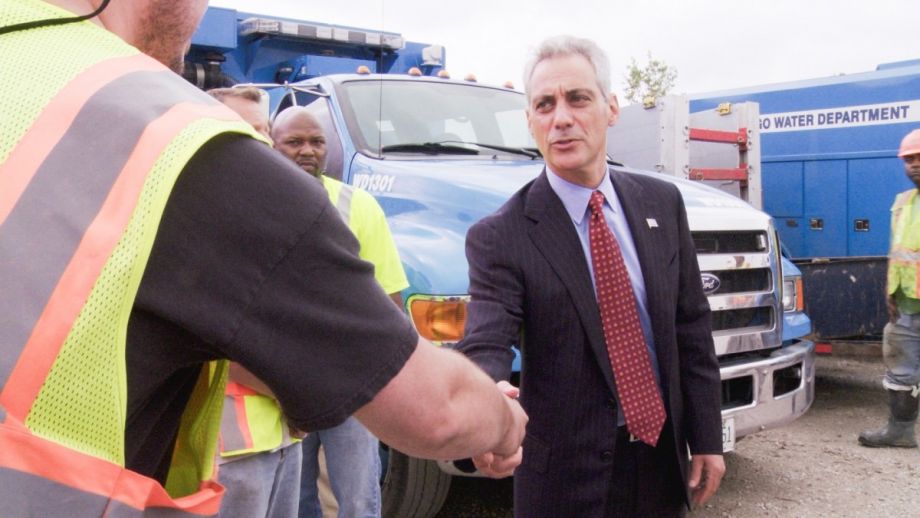 Over the past month, I’ve been recapping each episode of Chicagoland. If you caught the series finale or my last review, you know that something didn’t smell fresh about it. Well, Friday morning, the Chicago Tribune published a story after wending through 700 emails between Chicagoland’s team and Rahm Emanuel’s aides, reporting that the series’ producers orchestrated scenes, sent promotional releases for edit to the mayor’s staff, and asked for a hand steering the series’ narratives and selecting people to profile.

“Steer” is the producers’ word, not ours. In an email to Emanuel’s press secretary and chief of strategic planning, producers Marc Levin and Mark Benjamin wrote: “We are thrilled that City Hall and the Mayor have agreed to assist our production team, help steer us to strong stories and participate directly in the CNN series.”

Readers were quick to call the series a sham on social media:

@Walldo And we wonder why people don't trust the media…

“@BeachwoodReport: The Hills vs. #Chicagoland. Discuss.”// The Hills seemed more reality based

A CNN rep replied to our request to interview Levin or Benjamin with a statement that’s become something of a boilerplate:

CNN’s firm denial that Emanuel’s team had editorial sway is to be expected. But the response felt thin. Would the series only be wildly unethical if Emanuel’s staffers had keys to the cutting room? Taking this response at face value still leaves huge questions about the show’s integrity, or lack thereof.

Levin is insisting that any allegations that the show was staged are preposterous. “The idea that the producers coordinated with City Hall — that’s what producing is. You coordinate,” he told the Chicago Sun-Times, “You don’t just walk into the mayor’s office or into his SUV or into anyplace he is and just start filming. You have to negotiate all of the protocols of doing that. That’s standard operating procedure.”

But what of requests for scenes and promises to make the mayor look like “the star he really is?” Levin had this to say to the Tribune: “I would be the first to acknowledge that you don’t get into Chicago… and get access without having to do a certain dance.”

In recent years, more journalists have been writing about the troubles that come with “access journalism,” or stories that came to be through agreements with high-profile sources. In 2010, Dean Starkman of CJR wrote a very thoughtful review on how access journalism had stunted Andrew Ross Sorkin’s perspective in his vigorously reported tome on the financial crisis, Too Big to Fail, summarizing it as “Wall Street’s view of itself.” In 2012, Jeremy Peters of the New York Times wrote about quote approval being the standard in both Obama’s and Romney’s camps on the campaign trail. Photojournalists have expressed serious concern over the president closing events to press as to give in-house photographers the exclusive — thereby limiting the photos of record to manicured images of himself. The tough and ethically slippery conditions of today’s access journalism leave journalists chagrined. The title of Starkman’s review is an apt description of the dilemma: “The Price of Admission.”

Fans of the series and its producers could easily argue that this is another one of those cases, and that the collaboration with the mayor may be at worst a peccadillo, but in reality, the way of the business. They would be wrong.

“I know that I am needy but we want more Rahm in the series. I know I sound like a broker (sic) record but in the Feb ’14 broadcast, Rahm will look good making ‘his’ points,” wrote Benjamin in an email to Emanuel’s communications director.

The emails published Friday leave readers with the impression that Levin and Benjamin begged Emanuel and his staff, not begrudgingly submitted to extraordinary requests at the risk of getting stonewalled.

This revelation absolutely taints the series. Chicagoland did a valuable thing: it offered more human look at the city’s widely reported murder crisis. It also was “steered” by Emanuel and co. After reading through the emails, I wouldn’t actually call it access journalism. I wouldn’t call it journalism at all.