Can the Bid for Walkability Make More Cities Take Responsibility for Sidewalks? – Next City

Can the Bid for Walkability Make More Cities Take Responsibility for Sidewalks? 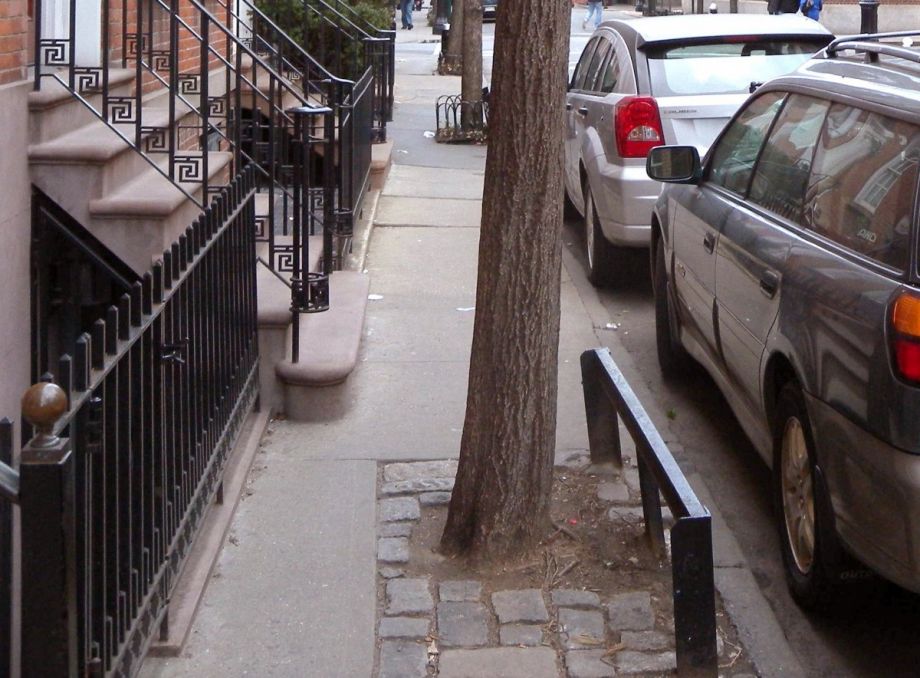 Are sidewalks public or private property? It might sound like a philosophical question, but for the sake of maintenance, it’s one that officials have to ask. Because decades-old codes often task property owners with upkeep, sidewalk repair in many cities has become a piecemeal effort, enforced only by litigation and resulting in miles of cracked pavement. As street-side infrastructure ages and walkability becomes an increasing marker of good municipal governance, officials from Los Angeles to Memphis are trying to figure out a better system.

In the Tennessee city, a program proposed earlier this month could unburden some homeowners. Due to a law enacted in 1967, land-owning residents are supposed to maintain the sidewalks fronting their properties. However, as city engineer John Cameron explains, some can’t.

“Memphis has a pretty high poverty level,” he says. “We have a lot of folks with economic challenges.”

“We think that sidewalks should last about 50-60 years,” he says. “A high percentage are 50 years old or more — they’re reaching the end of their lifecycle.”

At this point, Memphis’ sidewalks should see an investment of about $19 million a year, he adds.

Last year, the city did start upping enforcement of that 1967 law, but the process wasn’t pretty. Property owners received notifications and, if they didn’t respond, court orders. If they still couldn’t pay, the city took on financial responsibility but placed a lien on the property. According to Toby Sells of the Memphis Flyer, city council then passed a moratorium on the process, led by “council member Harold Collins, who didn’t like that low-income or fixed-income residents were being ordered to court.”

So officials are crafting a compromise. The new program, presented to City Council on March 3rd, would provide public assistance to property owners who meet one of the several qualifications: 1) They have a total combined income of $25,000 or less; 2) They are 100 percent disabled; or 3) They fall below the federal poverty line.

Cameron estimates that only around 1 to 2 percent of the population would meet one of those qualifications, because a large portion of the city’s economically disadvantaged residents rent. Still, it’s a two-pronged acknowledgement: Sidewalk repair needs to be prioritized, particularly around schools and public facilities, and not everyone can pay for those repairs.

Memphis isn’t alone. Governments in New Orleans, Atlanta, North Carolina and Nashville all task property owners with sidewalk maintenance, Cameron says. But Austin publicly shoulders repairs. And as Josh Stephens wrote for Next City in January, Los Angeles also falls on the public end of the spectrum, thanks to an ordinance from 1973. But though the city holds theoretical responsibility, it hasn’t actually financed many repairs since federal funding ran out years ago.

Change may be around the corner for Atlanta too. Last year, City Councilwoman Mary Norwood proposed an ordinance that would shift some maintenance responsibility to the city. But, as in Los Angeles, officials haven’t finalized the financial piece, which will likely amount to $12 million annually over the next 50 years.

So how is Austin managing?

John Eastman, a project manager with the city, explains that sidewalk maintenance became public responsibility in the mid-90s. But though officials changed city code, Austin didn’t come up with a funding strategy until nearly 10 years later. Now, sidewalks are primarily financed by mobility bonds, Eastman says, adding that those revenues aren’t enough.

“Just like street maintenance, we’re not funded to the extent that would be really necessary to keep the infrastructure at a level that I think everyone would like to see,” he says.

The city is about to begin an update of its sidewalk master plan, and Eastman says that, from the city’s perspective, sidewalks are in the public right-of-way and should be maintained as such.

“It’s fairly clear — based on federal legislation that impacts sidewalks and the Americans With Disabilities Act and from a number of rulings in a number of cities — that sidewalk infrastructure is in the city-owned right of way,” he says.

Treating transit users, young children, elderly residents and people with disabilities as “inferior to those who can afford a vehicle,” he adds, is probably not “in the long-term interest of the city.”

But acknowledging that doesn’t solve the funding issue, which Cameron, in Memphis, points to as an obstacle for many municipalities.

“It’s a problem that a lot of our peer cities are facing, because sidewalks are a large asset,” he says. “We’re scrambling for resources as most cities are.”