Unlicensed, Off-the-Grid Schools Teach Chinese Kids the Wisdom of the Sages – Next City 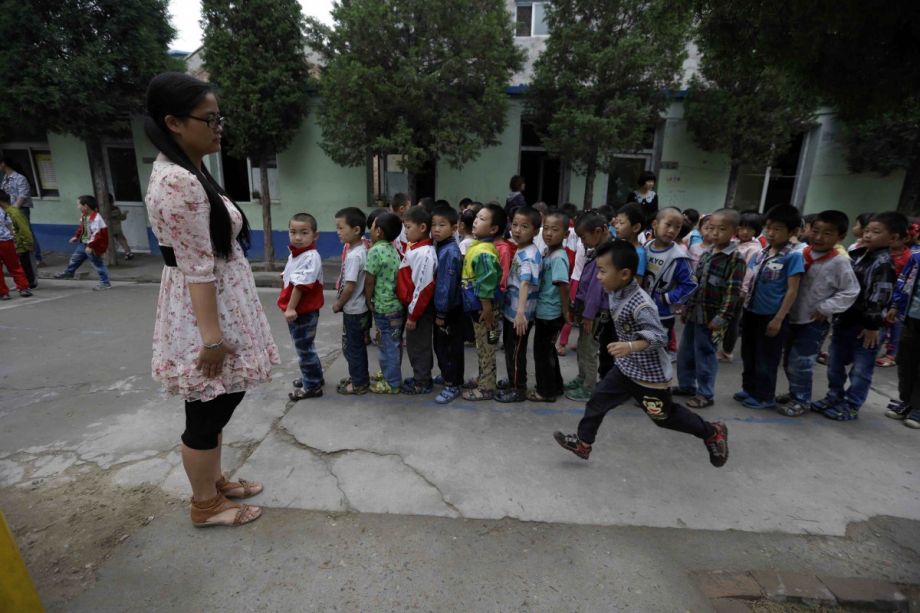 A growing number of parents in China are seeking out alternative schools. (Photo by AP / Ng Han Guan)

Few things strike fear into the hearts of Chinese parents like schooling. More than a billion people compete for space in this country, and education is the key to grabbing a piece of it. But the Chinese school system is dysfunctional at best, and its numbing reliance on rote learning and standardized tests – not to mention skyrocketing costs – has eroded society’s confidence in it. The best kindergartens in Chengdu charge anywhere from $4,000 to $10,000 USD per year, and even at that price many students languish on multi-year waiting lists. A few years ago, an administrator for the Chengdu International School confided to me that Chinese mothers were purchasing fake Zambian passports for their children in order to bypass the Chinese government’s law barring international schools from accepting Chinese students.

Disillusionment with this system and its constraints has led to an increasing number of parents in Chengdu eschewing the standard system altogether. A decade ago, two entrepreneurs opened the first Waldorf School in Chengdu with no license, little money and almost zero knowledge of what a Waldorf education actually meant.

Founded by German philosopher Rudolph Steiner, Waldorf works on the premise that education should create spiritually healthy individuals with a strong sense of purpose and freedom. These ideas resonate strongly with Chinese, who believe their current state-run education system does just the opposite. In 2004 the school was established in a small farmhouse in a field on the outskirts of the city. Today, it is the nexus of a movement that has spread across the nation, spawning more than 200 Waldorf schools in every major city in China, and countless “family kindergartens,” small one-room affairs that are often put together by parents stuck on waiting lists.

Luo Xuan, 31, was one of the first volunteers at the Chengdu Waldorf School. He arrived at the school in 2004 with two suitcases holding all of his belongings, and for years taught for pennies. Last year he attended the annual Waldorf Training Seminar in Chengdu, with participants from all over the world, as well as hundreds of Chinese from all over China.

“We don’t have the environment, or all of the necessary tools,” he says. “But we have the enthusiasm, passion and a belief that what we are doing is revolutionary. We have the feeling that we are changing something, changing the world we live in.”

The Waldorf movement in China, and the family kindergartens and spin-offs it has helped found, are at the front lines of China’s attempt to change the way its children learn. The state has taken some steps to revamp the system, but a top-down approach has so far produced disappointing results. Beijing’s school system is straining under crushing demand from a growing population. Shanghai has long since made it illegal for anyone but a resident of Shanghai to get a seat at a local school. There aren’t enough spaces, let alone quality choices, for clamoring middle and upper-middle class families. (Forget about the poor – or even worse, migrants – at the fringes of China’s urban spaces.)

Chengdu, however, is a perfect laboratory for reform. It’s a rich, rapidly growing city whose peripheral location keeps it somewhat shielded from the central government’s prying eyes. City leaders here are able to take risks and experiment, as the authorities in Beijing are more tolerant of trial-and-error out in the western hinterlands. Whether those experiments pan out is another matter.

So far, several initiatives have fallen flat. Attempts to internationalize Chengdu’s school system involved little more than sending Chinese teachers abroad for a semester, or inviting foreign teachers to lecture in Chengdu. The key, says Richard Mast, former principal of the Leman International School in Chengdu, is to understand that the school system is a reflection of the culture. There are no quick fixes. If the government simply takes an international system and plops it down onto Chinese schools, teachers will be lost, children confused and parents increasingly frustrated that the price they pay for internationalized education is just the Chinese system in Western clothing.

That’s why Waldorf is gaining traction in China. Chinese see a reflection of their own culture in the system. Steiner studied Buddhism and other Eastern philosophies, and it shows in little ways, such as Steiner’s belief in reincarnation, and his adoption of Buddhist ideas like karma and the Eight-Fold Path throughout his writings.

At the same time, many young Chinese teachers are going back to the Chinese classical system known as guoxue, emphasizing art, calligraphy, music and philosophy. Guoxue puts them in touch with the classic teachers, Confucius and Mencius, sages like Lao Tzu and traditional Chinese medicine. This dovetails with Waldorf philosophy, which incorporates esoteric elements such as teaching math through art, language through dance and psychology through colors. Together this disparate community is working to concoct an alternative that is international, yet essentially Chinese.

“We do not want to transform the culture,” says Benno Nijhuis, a Dutch teacher and trainer for the Waldorf school system who has spent time training teachers in China. “We bring a new way of thinking that can cooperate with the philosophies of China, to make the culture stronger. Chinese art, for example, is a core part of our curriculum, as are many Taoist ideas. The systems complete each other.”

It’s a work in progress. Family kindergartens still lack licensing and funding, and the parents involved in these small enterprises have little real pedagogic knowledge. And affordability isn’t a foregone conclusion – the Waldorf School in Chengdu raised its tuition from $500 USD in 2008 to more than $3,500 USD today. A new Waldorf school, built on several acres of forest land outside of the Chengdu city limits, currently charges around $9,000 USD. What began as a middle-class response to a lack of options already risks being taken over by the wealthy.

But in this regard, the schools have little choice. Without rich, well-connected parents, many of them would be shut down by paranoid authorities afraid of losing control over the education system. The original Waldorf school in Chengdu managed to obtain a license from the government, and get a proposed rail line moved that would have bisected the school. “Waldorf in China is now a blazing fire,” says Liu Li, the Chengdu Waldorf school’s principal at a recent seminar. “The key now is to determine how it is blazing, blazing at what level, and where it is blazing to.”